Gold Wing Owners, There’s An Update Waiting For You 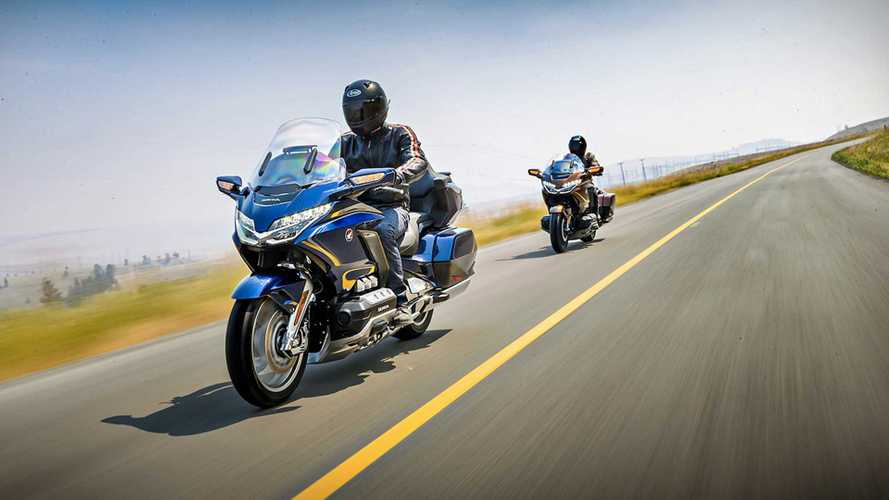 The current-generation Wing is ready for its second update.

While some Honda models are receiving some pretty thorough upgrades and updates for 2019, the company with light-handed when it comes to its legendary tourer, the Gold Wing. With a new generation introduced last year, it’s no surprise that there won’t be anything much in the way of upgrades for the model. Owners of the current generation, however, now have access to a few system updates.

The beauty of a “smart” onboard computer is that it can be updated when needed. This is the benefit Honda is taking full advantage of for the Gold Wing’s navigation system. In fact, current generation models (2018-2019) can receive a GPS update that now allows the rider to enter up to 99 waypoints in the GPS, as well as increase the XM satellite radio source in low-signal areas. Finally, the update will also allow the onboard system to better communicate with new-generation iPhone X.

A few months ago, in October, a first update has been released to fix a daylight saving date issue and to keep functions accessible after the engine is turned off. This update came standard on the 2019 model-year while owners of 2018s had to manually do the update using a Honda Website download and a USB key.

The latest update is now available for download and this time, owners of both the 2018 and 2019 models need to get the files off of the Honda site. The page also includes step-by-step instructions to walk owners through the update, from downloading the file to plugging the USB in the bike to run the update. More updates can be expected in the future—owners who wish you be notified can subscribe on the Honda site to receive the details as soon as a new update is available.

Owners of the previous generation Gold Wing equipped with Garmin navigation can also purchase an update, but on the maps rather than on the system’s functionality.