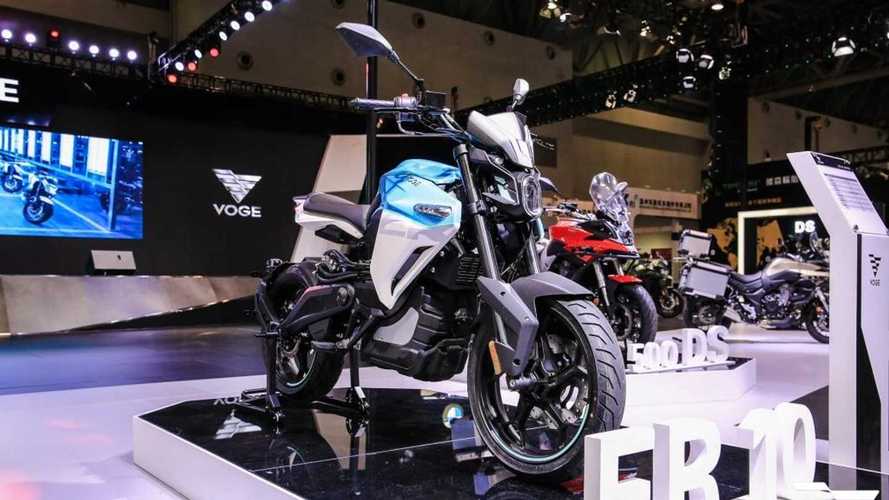 One way or another, it’s gonna getcha.

Sur-Ron has been on a tear recently. In August we reported on the emergence of the company's new supermoto and we can’t forget about the time when a Sur-Ron X bullied a bunch of dirt bikes in a scramble race. Now, the Chinese manufacturer is setting its sights on the urban landscape with a new all-electric model, but this time it’s under a new guise.

In March 2018, Sur-Ron unveiled the White Ghost with preliminary specs and pricing info. After that initial introduction, the White Ghost—as its name would suggest—vanished. Nearly two years later, Sur-Ron’s concept resurfaced at the China International Motor Show, but this time it was wearing a VOGE badge.

During the two year layover, Sur-Ron transferred the production of the White Ghost to Loncin Motors. VOGE Motorcycles is a subsidiary of the Loncin group and they have been serving the international market since 2016. The concept bike aligned with the brand’s image, and with a dynamic range of quality gas-powered bikes in VOGE’s current lineup, it will be the company’s first electric motorbike.

Rebranded as the VOGE ER 10, the electric motorcycle packs a 60V/70Ah lithium battery into a forged aluminum frame. The Panasonic 18650 cells generate 14 Kilowatts at peak power and the bike can reach a top speed of 62mph. VOGE reports a range of 62 miles, which may increase to 75 miles if the rider stays below 20mph.

The 254-pound electric motorcycle is also on the lighter side despite its 64-pound battery. The addition of inverted forks, multi-link rear suspension, and ABS brakes make the ER 10 an attractive package, especially when you consider the $4,750 MSRP. Among the numerous changes to the original bike, Sur-Ron’s 60V/6KW DC motor still powers the mid-size moto.

VOGE plans to introduce the ER 10 at the EICMA Milan Motorcycle Show in November. With production on the horizon and wide-ranging homologation in its crosshairs, VOGE could take the world by storm very soon.

If the ER 10 makes its way to North American shores, the Zero FXS could have a new commuter competitor. At nearly half the price of the Zero’s $8,495 base price, VOGE’s ER could easily undercut the FXS. If recent history proves anything it’s that you don’t want a Sur-Ron (powered) bike in striking distance.