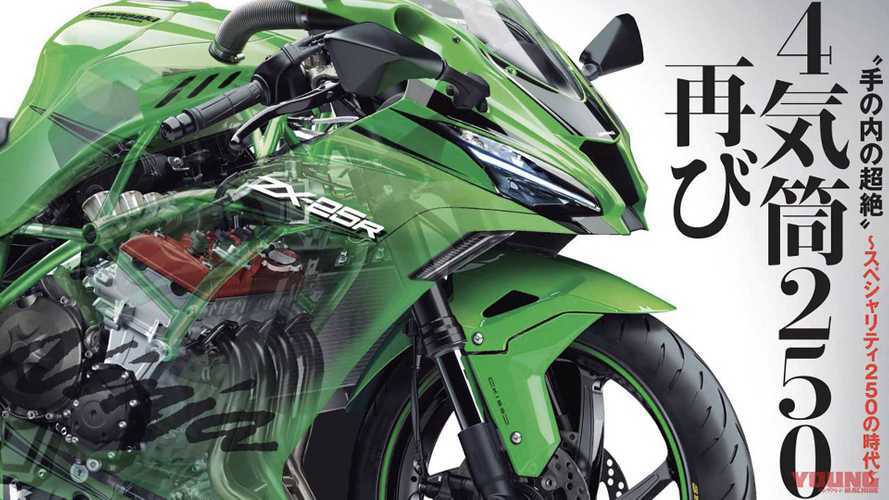 Two is better than one!

Earlier this year, it was suggested that the ZX-25R is getting an upgrade for the upcoming model-year and that it will gain two additional cylinders in the process. The tiny model with the big engine has apparently now been confirmed for the Indonesian market with a launch expected to take place at the Tokyo Motor Show. Now, new information suggests the baby ZX will be offered in two versions.

Rewind to three months ago. Three months ago, our buddies at Young Machine featured an image of a four-cylinder 250cc ZX on their site and on the cover page of their magazine, headlining the rumor that the tiny displacement would gain two cylinders.

While the concept of a small-displacement bike equipped with a four-pot mill might seem alien in 2019, it’was a thing back in the 80s. In fact, the very first iterations of the Ninja 250 used a four-cylinder engine, eventually downsized to a parallel two during the 90s.

Now that the model is apparently confirmed for next year (at least for the Asian market—we’ll have to see if the baby Kawasaki will make its way back to the US at some point), new information points to two variants of the model. The ZX-25R will apparently be offered with two personalities: a 45 horsepower and a 59 horsepower one. The 60 horsepower version of the model is the one we already expected, but the tamer 45-hp version comes as a surprise.

Considering the ZX-25R already qualifies as an expensive motorcycle by Asian standards, the less powerful option could be a way to reduce the costs and offer potential customers a more basic and more affordable model. Here’s another bike we can expect to see show up at the Tokyo Motor Show at the end of October. The Japanese seem to want to pull the rug from under the Italians’ feet…