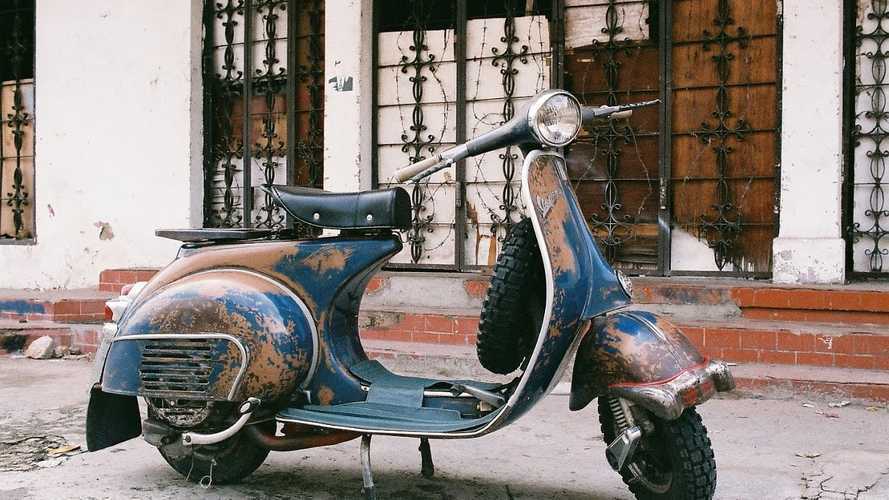 Time for a new(ish) scoot?

If you own a Vespa or other scooter that was made prior to 1999 and you regularly ride in Genoa, Italy, I’m afraid we have some bad news for you. Genoa mayor Marco Bucci announced on September 4, 2019, that Vespa’s iconic home city is about to ban certain older scooters from some parts of the city center.

Go Inside The Vespa Factory And See How They're Made

Most Powerful Vespa Ever Hits The Market

The law has not yet been approved by the municipal council, but that’s the final hurdle it needs to cross before it’s official. Under this new law, two-stroke Vespas produced before 1999—and that are not compliant with Euro 3 emissions standards, at a minimum, according to Motociclismo—will be banned from certain areas of the city.

“Let me be clear, many other Italian cities including the capital have banned the use of the most polluting two-wheeled vehicles, but it is only in Genoa that a normal municipal ordinance has taken the character of an anti-Vespa crusade,” Bucci said, according to Il Globo.

“Here, the number of vintage Piaggio scooters that circulate is enormous and, in fact, there are no two-stroke old scooters apart from Vespas. No one says there should be no bikes, but they must be four-stroke.”

In 2016, the city tried to pass a similar local law, but was unsuccessful since it was also Vespa’s 70th anniversary, and Genoese Vespa enthusiasts buzzed loudly and angrily in protest. According to the Local, protesters at that time also started the Twitter hashtag #lamiavespanonsitocca, which translates to “Don’t touch my Vespa.”

Mayor Bucci emphasized that electrics are the way of the future.

Also in 2016, the city’s three Vespa clubs made the argument that pre-1999 Vespas only made up around 3,000 of the total scooters in Genoa, and that cruise ships docked in nearby Porto Antico output far more air pollution than those older two-stroke scooters.

While that’s certainly an area that needs to be addressed, we all know that there isn’t one single vehicular cause of air pollution. There’s clearly a multitude of work to be done across the board if we’re going to improve air quality while simultaneously enjoying our favored means of transportation. Provided the law passes the Genoese municipal council this time, it will go into effect from October 2019.

Sentimentality aside, a 2014 paper in the scholarly journal Nature Communications found that two-stroke scooters “constitute a small fraction of the fleet, but can dominate urban vehicular pollution through organic aerosol and aromatic emission factors up to thousands of times higher than from other vehicle classes.” That’s a definite problem for everyone who, um, enjoys breathing.

It could also be a great excuse to buy a new scooter if you live in the area, and give your beloved older one a well-deserved rest. Just think, if you live with someone who gives you side-eye every time you talk about bringing home a new bike, this is clearly the perfect excuse reason. “Aww, honey, the mayor made me buy a new bike!”