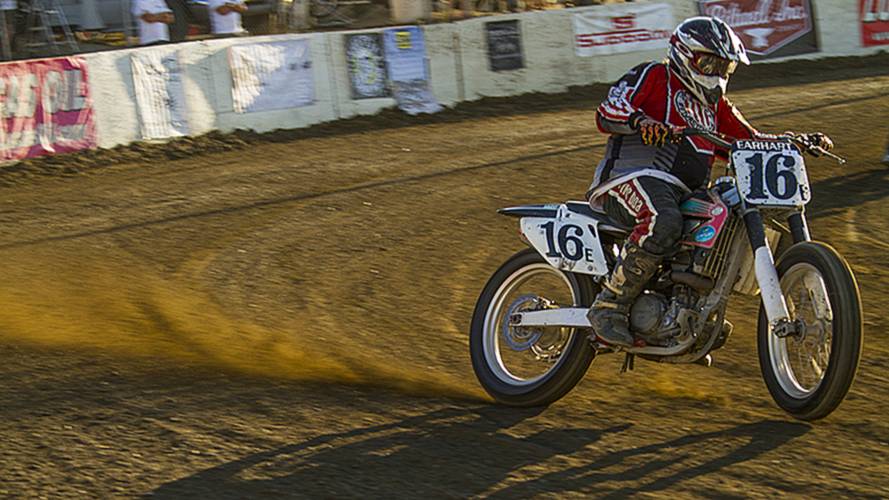 It's the final countdown.

2018 was the best season yet for flat track racing. Record audiences and viewers have put the formerly underground series into the spotlight. Between 2017 and 2018, viewership exploded by 38 percent—a momentum the American Flat Track (AFT) is hoping to keep for 2019.

RACING IN THE DIRT

On March 14, the 2019 season of the American Flat Track will kickstart with the Daytona TT where both the AFT’s Singles and Twins series will hit the dirt track for the first time in a few months, as well as the Super Hooligan. In total, over 100 racers will compete during the day. This year, a total of 20 events are on the schedule—one more than in 2018.

On Thursday, in the singles series, RedBull KTM’s new factory duo composed of Dan Bromley and Shayna Texter will make its debut on their pair of KTM 450 SX-F flat track racers.

In the twins series, we’ll be watching the performance of Indian’s factory team, the Wrecking Crew, that welcomes for 2019 brothers Briar and Bronson Bauman alongside veteran racer and 2018’s champion Jared Mees. The trio will straddle Indian’s specifically developed FTR 750. Earlier this year, RideApart got to chat with Mees and the Bauman brothers to discuss the upcoming season.

The crew will have to face new regulations the AFT imposed to keep the competition exciting: a lower octane fuel will be used and bigger displacements will be allowed on the track provided the bikes are street legal and actually available on the market. The biggest change and likely to become the biggest challenge for Indian is the 2-mm throttle body increase allowed, once again, on production models (while Indian has introduced the FTR 1200, its 750 competition counterpart is not considered a production model). These changes will allow the Kawasakis (Ninja 650) and Yamahas (MT-07) to get a little boost and become more competitive in the face of the dominating Indian bike.