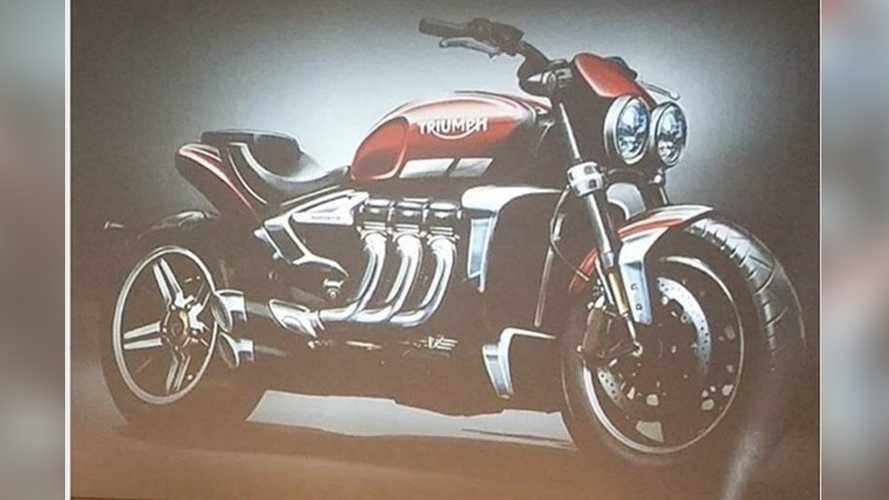 It could get even bigger.

When there’s mention of Triumph, minds tend to default to the brand’s expansive retro-inspired lineup to which, only this year, two new models have been added. The brand does have a few more modern-looking designs in the Tiger and the two Triples. Considering how hard at work the company has been on developing its neo-classic range, it’s easy to forget that Triumph also offers the world’s biggest production motorcycle engine in the Rocket 3 and rumor has it that it will get even bigger in 2019.

TFC Can Keep Us Waiting In The Meantime:

It isn’t the first time this year Triumph has to deal with trigger-happy dealers leaking information and pictures for the world to see. Pictures of the Speed Twin showed up before the model launch following the annual Dealer Meeting in October. That apparently wasn’t the only thing the dealers got to see during the conference. Triumph also flashed what could be a brand-new Triumph Rocket 3.

No details regarding the model were apparently shared—though the photos and videos shared on the Internet show an updated concept design and even the bike itself making a brief appearance on stage. This was enough to get the rumor mill spinning. While some suppose that what could be the 2019 (possibly more a 2020 coming in 2019 considering it hasn’t officially launched yet) model is a brand-new generation, others have suggested this could be a factory-prepared custom or TFC.

We don’t know whether the new model will be powered by an updated version of its current 2,294cc, inline three mill, or whether Triumph will go even bigger and possibly consider a 2.5L engine. Currently producing a staggering 148 hp and 163 lb-ft of torque, the new engine is expected to get an increased output.

Design-wise, there are some obvious tweaks with a a new cowl, new exhaust tips design, new fork, a slightly altered silhouette and, according to some, a new single-sided swingarm.

No mention of a potential Touring return—looks like only the Roadster is still being considered for now. There is no say as to when we can expect to learn more about the model nor when it will launch, but if this appropriately named Rocket gets more power, I bet some people out there will over the moon.