Bikers You Should Know: Zenith Irfan 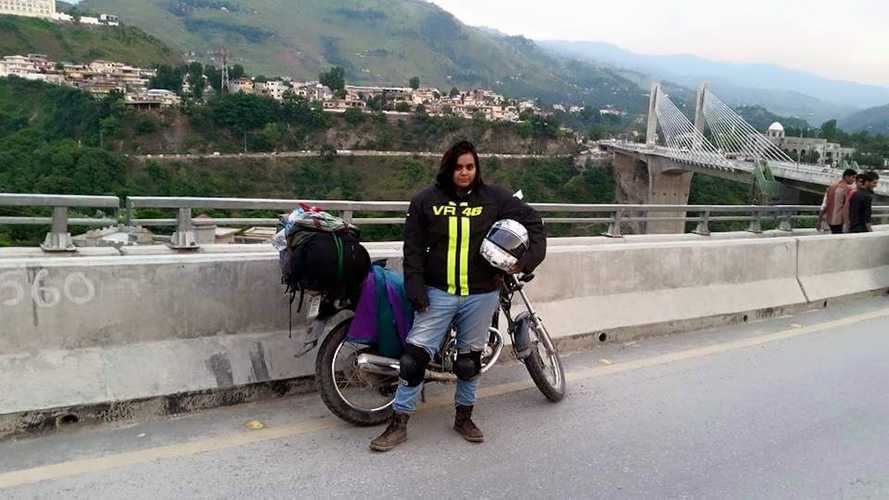 Zenith Irfan risked the ride to fulfill her father's dream

“I ride for you, Abbu. I search your warmth in the comfort of these mountains. I write for you, Baba. I stain these paper sheets with blue ink, finding words to describe my emptiness. I smile for you my father, I ride across these valleys to find joy in what little nature has to offer me. I live for you, Pa. I find my courage on the road, throttling my motorcycle in the deserts and seas, in search for you.” – Zenith Irfan

Other women who dare to ride

In a country where women rarely leave the house un-escorted, Zenith Irfan defied convention and risked personal harm to fulfill her father’s lost dream. Irfan’s first long-distance adventure took on her 3,200-kilometers from Lahore, through North Pakistan and up to the Khunjerab Pass which borders China, on a borrowed 125cc Honda. Now she rides a 250 Suzuki GS.

Her 10-day trip was only the beginning. The young rider is the first female motorcyclist to travel across Pakistan and since her debut blog post in 2015 her Facebook page, “1 Girl, 2 Wheels” has accumulated over 32,000 followers and her Instagram is almost 11K.  In April of 2018, a film inspired by her story—Motorcycle Girl—was released.

Perhaps it’s not as surprising that Irfan had the courage to be true to herself. Encouraged by her mother, who must have recognized the spark of success in her daughter’s eyes, Irfan learned to ride a motorcycle from her younger brother. Together they were honoring the love of freedom embodied by their father, who died too young at 34 years-of-age.

When, in June of 2015, the 20-year-old Irfan took to the road, bound for the mountains of Kashmir, she had no idea what a profound impact the journey would have on her heart and soul, not to mention, the people of Pakistan. Along the way she encountered mixed reactions from the locals, some worrisome, others positive, all of which propelled her forward. When she reached Muzaffarabad she had proved to herself and to the world that she had the strength and skill to reach her goals.

Today her posts are reflective. Irfan has received all types of responses—from angry death threats to heart-warming photos of young female riders inspired by her courage. In Pakistan, being unwed at 24 is just as unusual as riding a motorcycle, but standing apart from the norms of her culture seems to be sitting more comfortably on this independent spirit. The negative attention in conjunction with the world-wide notoriety might have prompted a move to “friendlier” fronts, but Irfan still lives in her home country and continues to embark on new journeys.

Zenith Irfan takes every day as a gift.  Irfan's social media posts reveal a young woman who is genuine: she acknowledges how much she appreciates the support she has received from people near and far and is honest about her personal struggles as much as enjoying her successes.  However, Irfan is also a firm believer in taking chances and living your life in the now, she follows her heart and jumps at opportunities with the same gusto with which she approached that first ride on a Honda CD-70, a short four years ago.