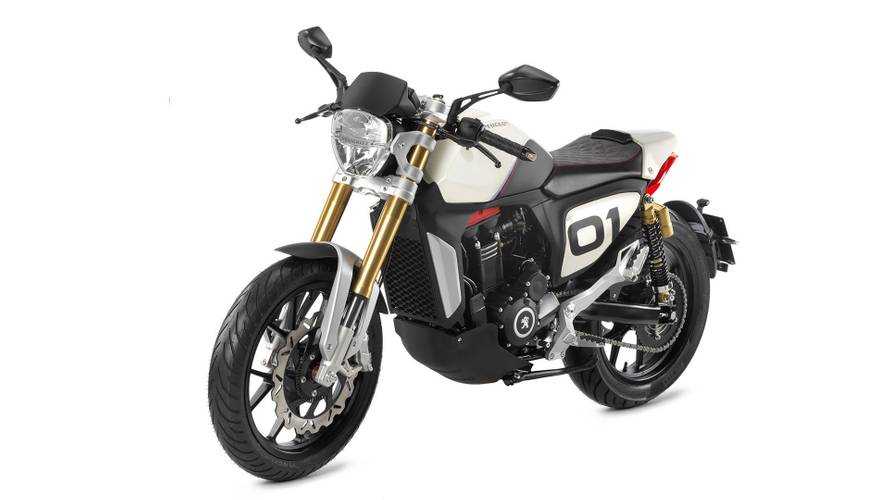 The name Peugot is not particularly well known here in The States. Those who do know Peugot know it among the few French carmakers—along with Citroen and Renault—that tried to get a foot in the American car market back in the 80s (remember the Le Car?) The fact that you don't see any stylish Gallic runabouts on the roads today tells you what you need to know about that ill-fated experiment. Thing is, Peugot is a huge OEM overseas and has been in business for over 100 years now. It's not a small company. So, why am I giving a history lesson about a French carmaker on this here motorcycle website?

See, the Paris Auto Show is going on right now. We don't typically cover the Paris Auto Show because, well, it's the Paris Auto Show. They don't do bikes, you know? Well, they don't usually do bikes, but this year Peugot surprised everyone by unveiling two new two-wheelers. Peugot is no stranger to the two-wheeled world. In fact, the company built its first motorcycle way back in 1898—essentially a bicycle with a De Dion-Bouton engine mounted in the rear hub. Since then, the company has built primarily scooters but it does have a pretty rich motorcycle racing history and made some good, technologically advanced bikes on and off over the years.

The bike unveiled in Paris is called the P2X. Right now it's just a concept, but it looks like it has a lot of promise. Two different variants were shown at Paris—a 125cc roadster and a 300cc "cafe racer" (people keep using that term. I do not think it means what they think it means, but anyway...). Both are powered by water-cooled, DOHC singles and feature USD forks, ABS, and five-inch, full-color, TFT instrument panels complete with i-Connect Bluetoth. There's no word on the transmission, but you can see a shifter there on the left side so I'd guess it has a regular old five-speed.

It's doubtful that we'd ever get the P2X over here if it ever goes into production, which just reinforces my opinion that Europe (and Japan) keeps all the cool bikes for itself. It's nice to see something that's not a step-through at this displacement level, though. If Peugot does make the P2X, I'll try to sneak one across the border from Canada in a Tim Horton's box so I can do a review on it.