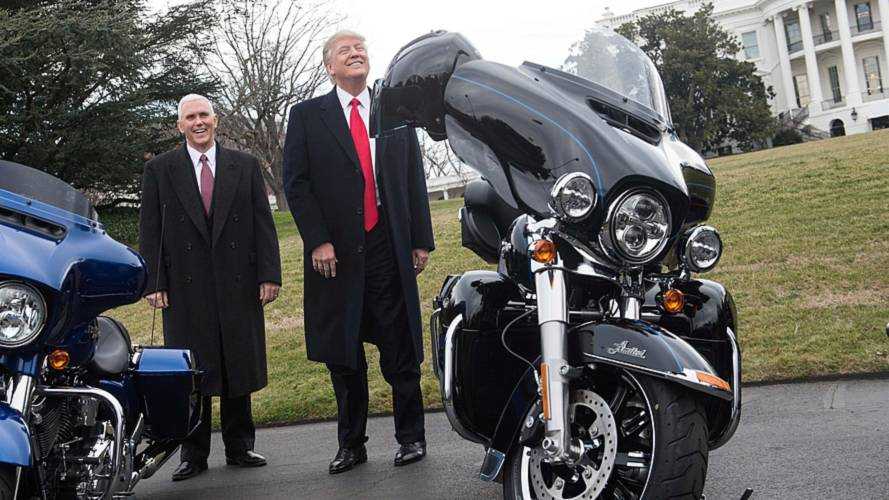 Maybe he meant everyone else but the US government?

We thought the Harley-Davidson versus Donald Trump confrontation was pretty much over. The company took economical measures to counteract the hefty tariffs imposed by the Trump administration, the president criticized the company’s decision to increase production abroad and recommended a boycott, H-D stuck to its guns, the end. We were wrong and it looks like we are getting yet another chapter of the saga in which the US Secret Services ordered, you will have guessed, a Harley.

It looks like the team in charge of purchases for the US Secret Service didn’t side with the leader in his war of words against Harley-Davidson. Either that or it had to swallow a spoonful of pride soup. Information has surfaced that the Uninformed division ordered a police motorcycle from Harley-Davidson, despite Trump's recent call for a boycott of the brand.

The purchase order states that a Harley is required for consistency in "appearance, performance, training, and parts with the currently existing motorcade motorcycle fleet." The new bike will serve a protective motorcade function, which could also mean accompany the president.

Changing brands of motorcycles would represent a costly transition since a fleet of bikes would have to be purchased as well as spare parts and new sidecars. Technicians would also need to be trained on the new models. Interestingly, it sounds as though the service’s decision to stick with the stigmatized company is financial.

If you are new to this situation, welcome to the wonderful world of non televised drama. Earlier in the summer, President Trump imposed tariffs on imported materials. All countries retaliated, including the European Union that imposed tariffs on imported American goods, including motorcycles. Harley announced it would be moving part of its European-bound production abroad to avoid having to increase the price of its already not cheap bikes in Europe.

Trump told H-D it was a bad move. He called for a boycott of the brand and threatened to bring foreign competitors to the US. The last chapter had left us with Harley addressing the situation with its teams directly, rather than via a series of Twitter fits.

The President hasn’t reacted to the news of his people putting money in Harley-Davidson’s pockets. This could either go unnoticed or we could be treated to yet another Twitter rant. To be followed.