The Best Motorcycles For New Riders 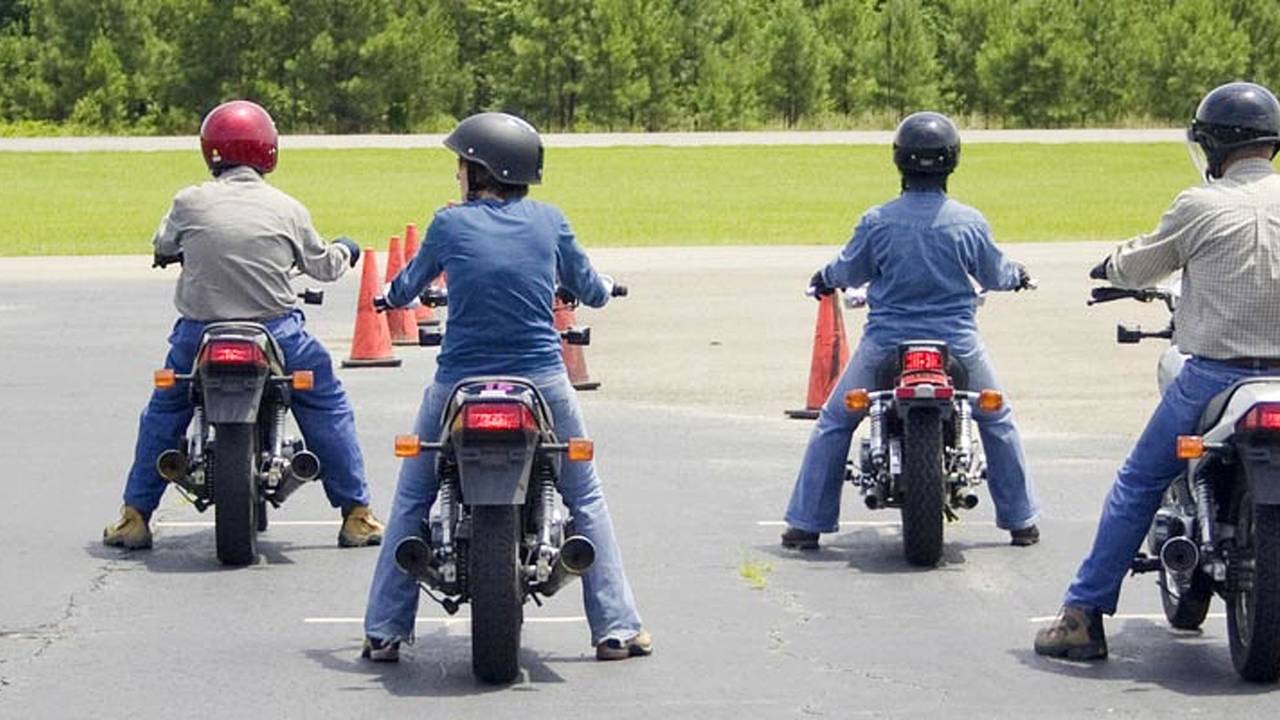 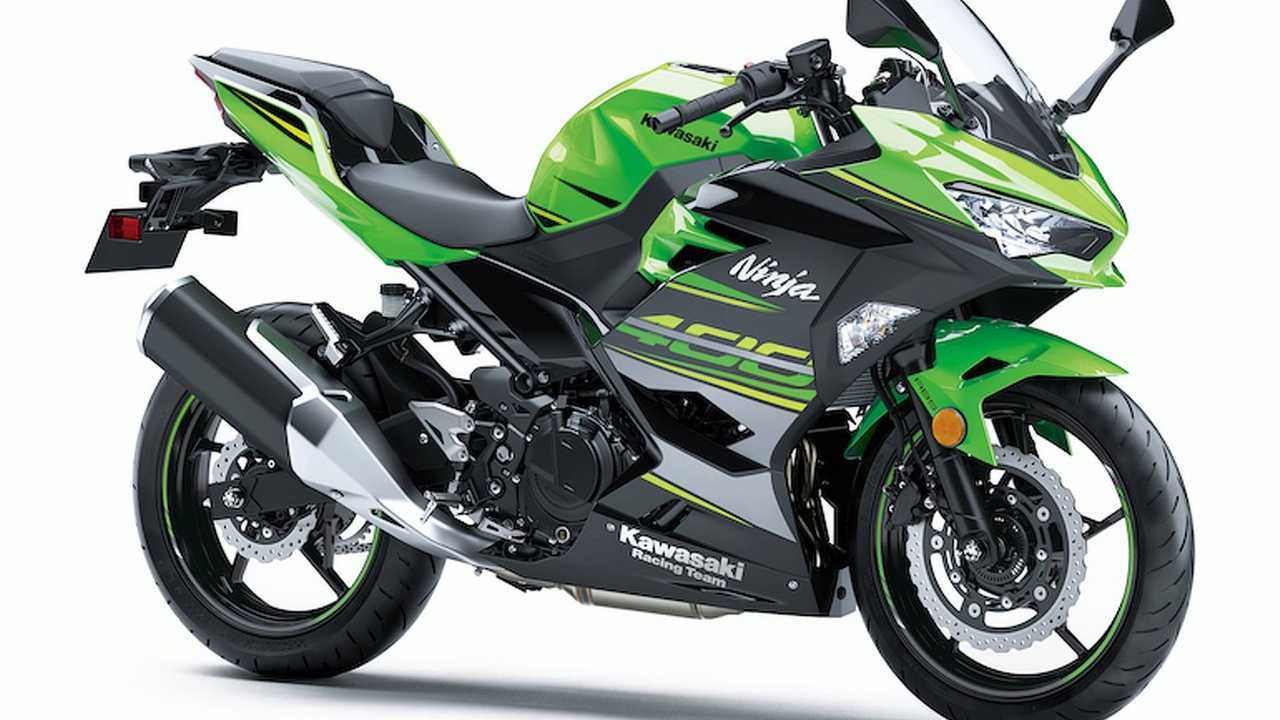 At the launch event for this motorcycle I said that if “you can’t have fun on one of these, you’re not trying hard enough”. The Kawasaki  Ninja 400 gives any rider everything they want and more. It’s got plenty of poke for around town, more than enough for the canyons, and it looks cool as hell. The Ninja 400 is easy to ride, faster than you’d think, and extremely economical to run. It’s a substantial feeling bike that will take you a long way into your motorcycling education. As long as you don’t want to go off-roading, you can just skip the rest of the list and get one of these. 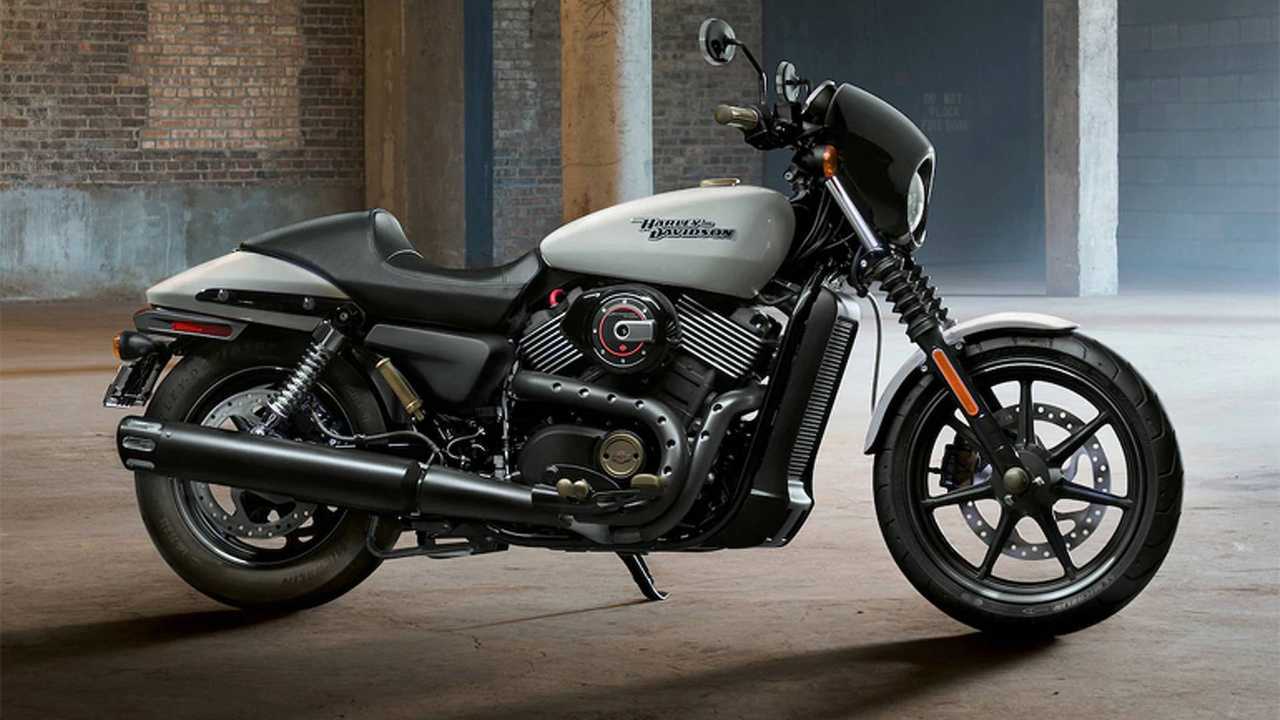 It’s a little-known secret out there in non-bike land that the Motor Company has a decent record of building accessible bikes. Powered by a smaller-displacement, de-tuned version of the VROD's Revolution engine, the Street models are smaller, lighter, and more accessible than the 883 Sportster lineup. You will pay more for the logo, but the Street 500 and Street 750 are solid cruisers for a beginner bike and still come in at less than $10,000 for a real, really real, Harley. 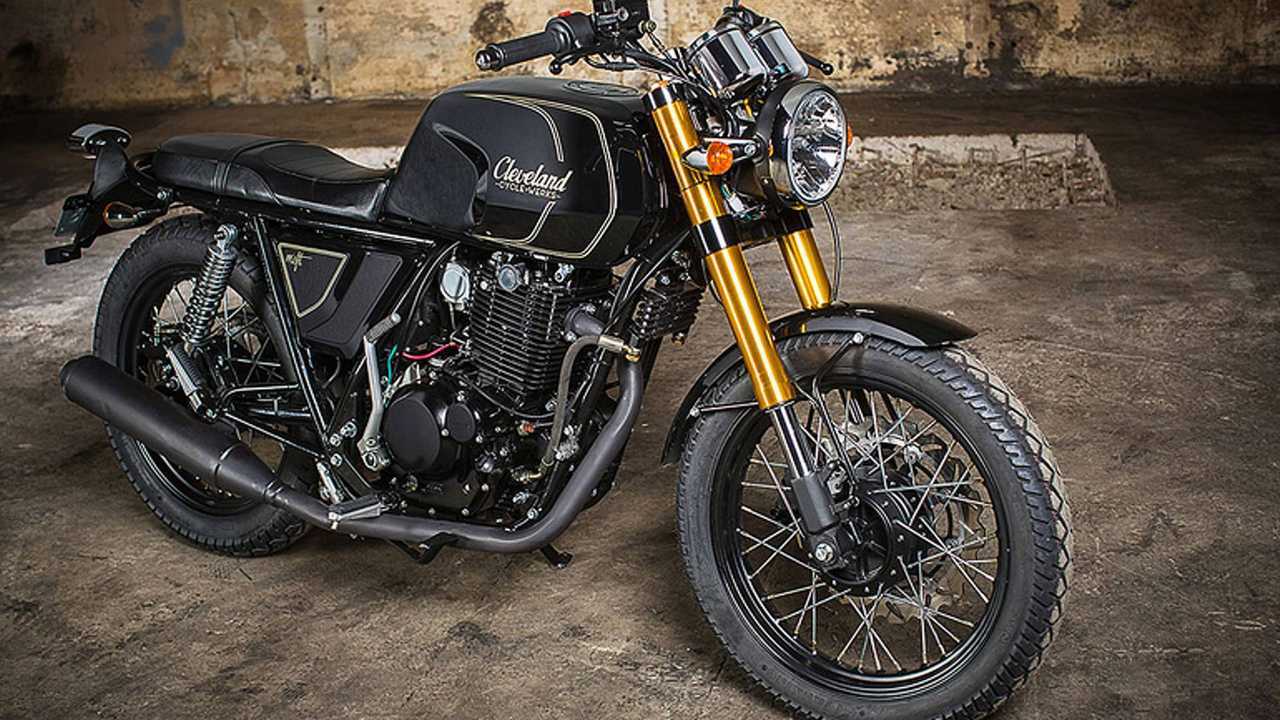 What looks cool, costs little, and will give you a chance to learn your craft in style? The CCW Misfit 2. The first iteration was a huge success for the Cleveland-based company with a surprisingly well-built Chinese engine and solid American styling. In 2016, CCW launched the Gen II Misfit, a larger, sportier, more refined bike. We include it here because, like its predecessor, it's cheap, fun, and easy to wrench on. Not only that, but you’ll get bulk obscurity points from your mates. 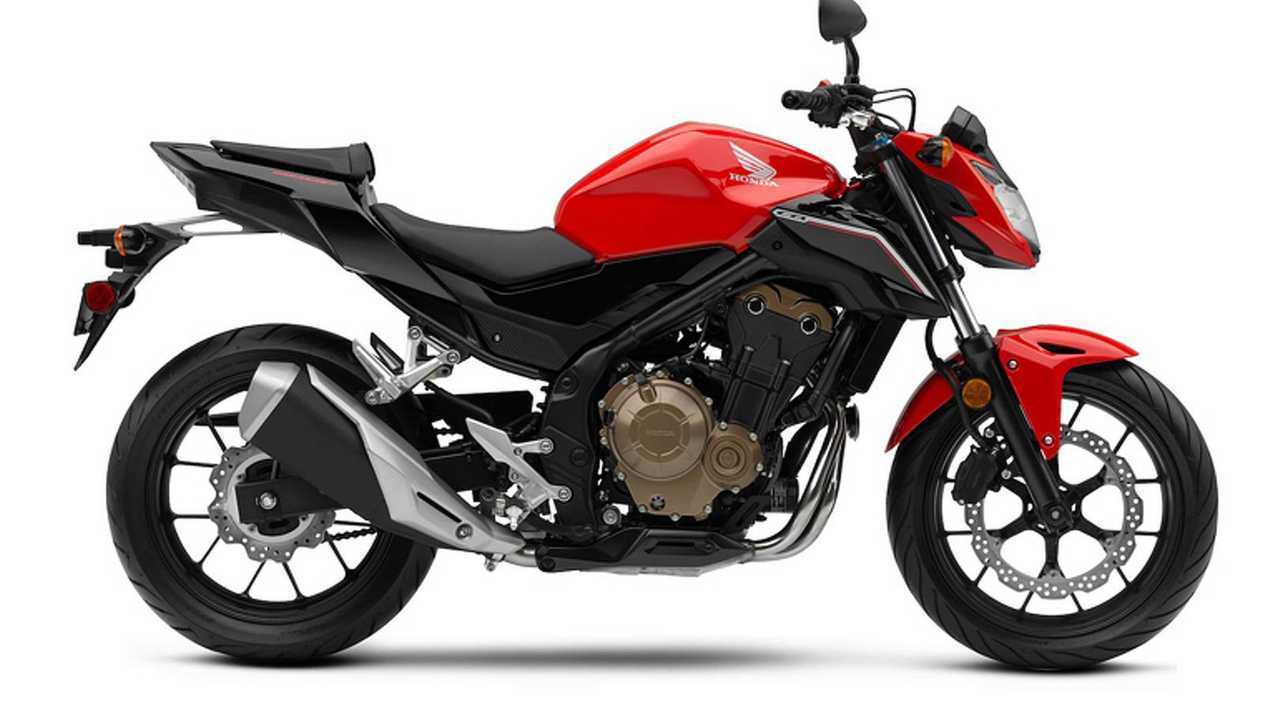 This do-it-all Honda naked is upright and comfy and has more than enough power to blast past highway traffic or head for mountain roads to have some fun. A high quality build, and forgiving road manners are a hallmark of the brand, and executed to good effect here. The CB500 is everything you want from a motorcycle in one, extremely affordable, economical package. 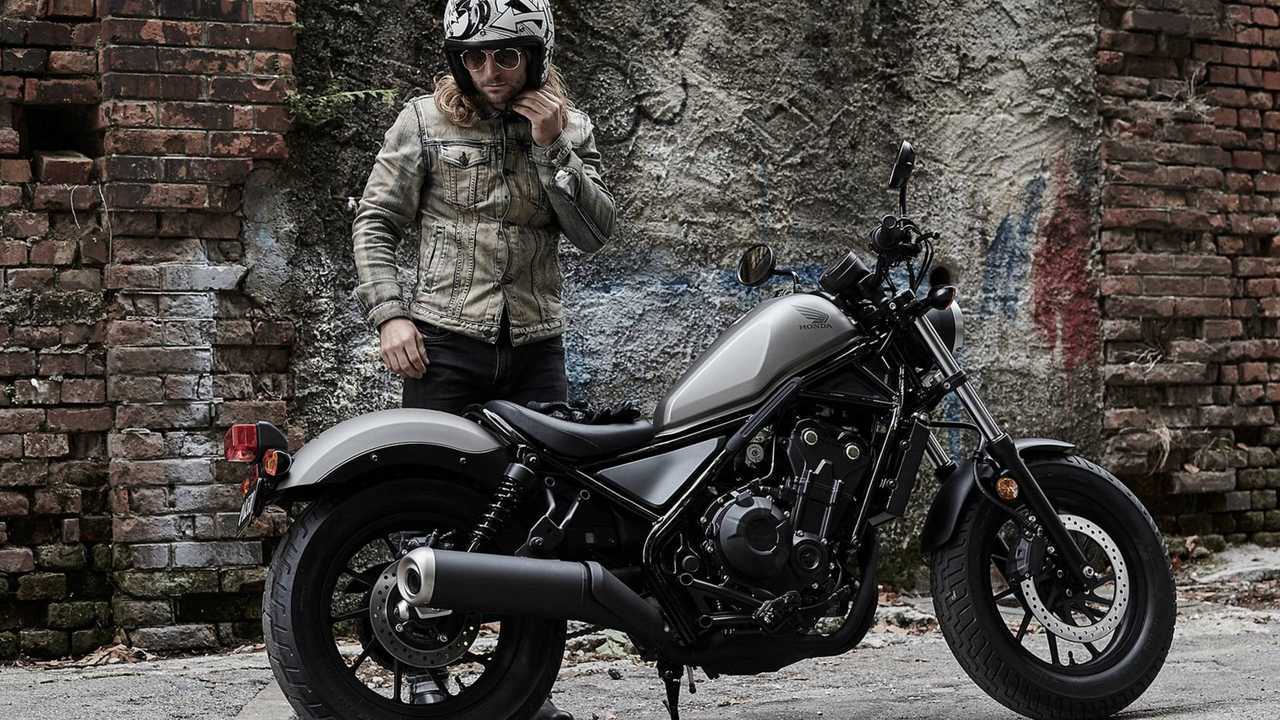 Why the 500 and not the 300? They are identical bikes save for the engine, and the 500 cc unit is smoother, easier to ride, and more capable than the 300. If you want to squirt out of trouble with throttle, the 500 will do it. It is also just a cleaner-running bike with less vibration. Sometimes, bigger is better. Even if you do get the 300 though, you’ve made a good choice. The new Rebels are smart, stylish, lightweight, and fun. The best part? Rebel’s were designed from birth to be easily customizable, so you can cut your teeth building a truly unique bike right from the start of your riding career. 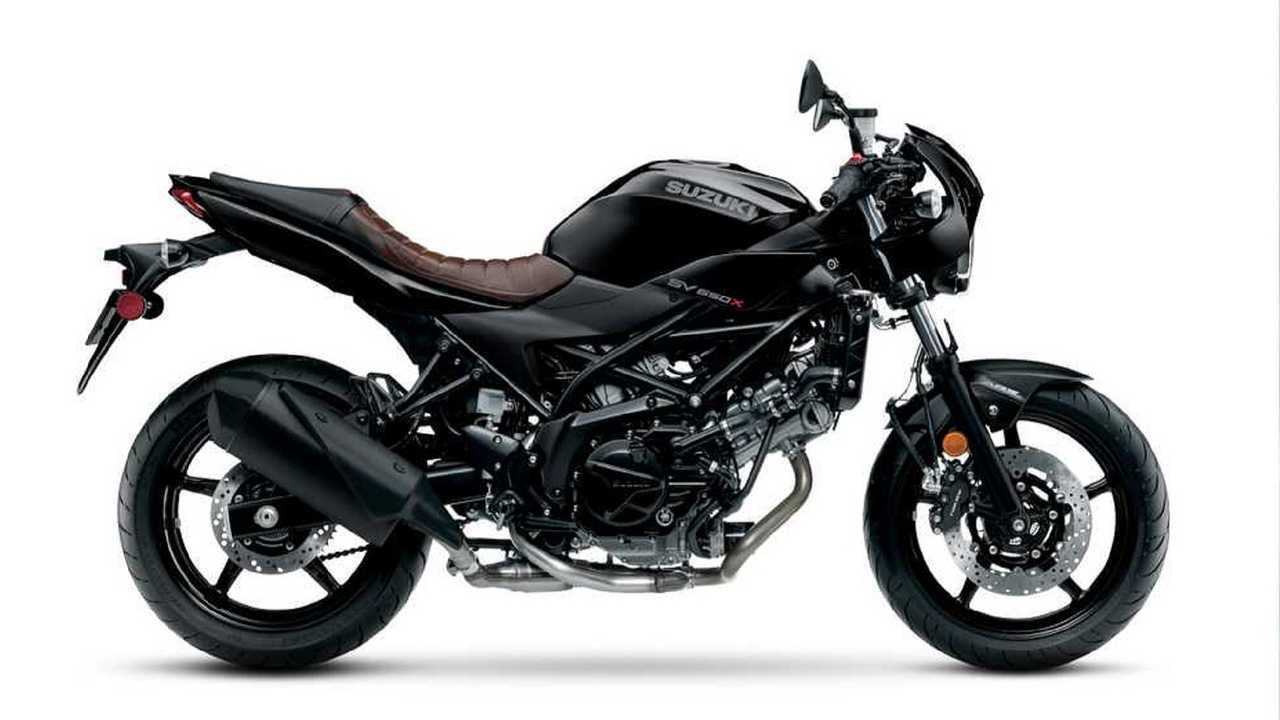 It is almost impossible to stall Suzuki’s SV650, and that alone is reason to put it on the list. Couple that asset with cool café-racer styling, a crash-worthy naked chassis and a forgiving yet potent sport bike platform for a bike that will keep you excited for years to come. We’ve listed the more expensive 650X here because cool factor matters, but it’s worth noting you can get the equally-fun base model for $7,099.

Hot Or Not: Suzuki Turns The SV650 Into A Scrambler
⠀

Suzuki Vs. Suzuki: SV650 Nips Hayabusa's Heels At The Strip 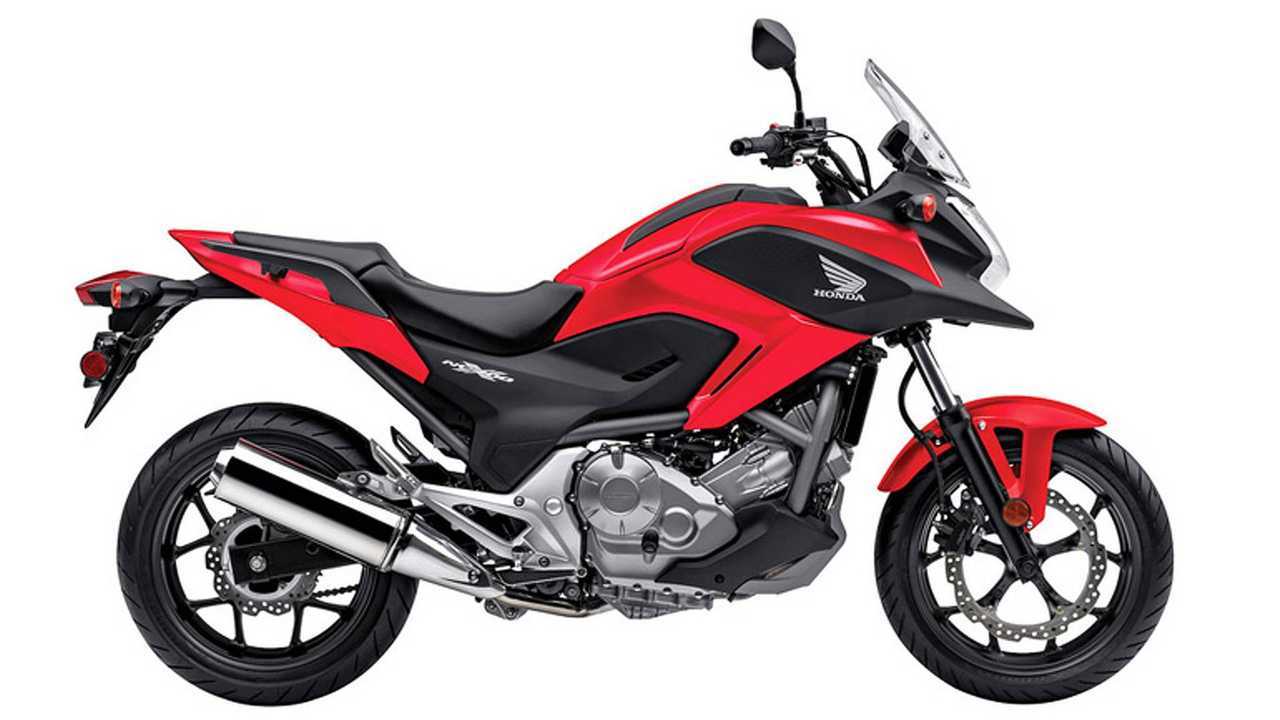 This jack of all trades is one of the most easy-to-ride bikes there is. With an engine based on that of the Honda Fit hatchback, power delivery is torque and the redline low. The payoff is easygoing performance and, at 64mpg, excellent fuel economy. The NC700X is surprisingly good off-road too, where that low center of gravity and ease-of-use make more expensive bikes look positively silly. Want to make life even easier for yourself? You can get the NC with Honda’s surprisingly good dual-clutch transmission (DCT) automatic gearbox. “Look Mom! One hand!”

Honda NC700X: the CR-V of motorcycles 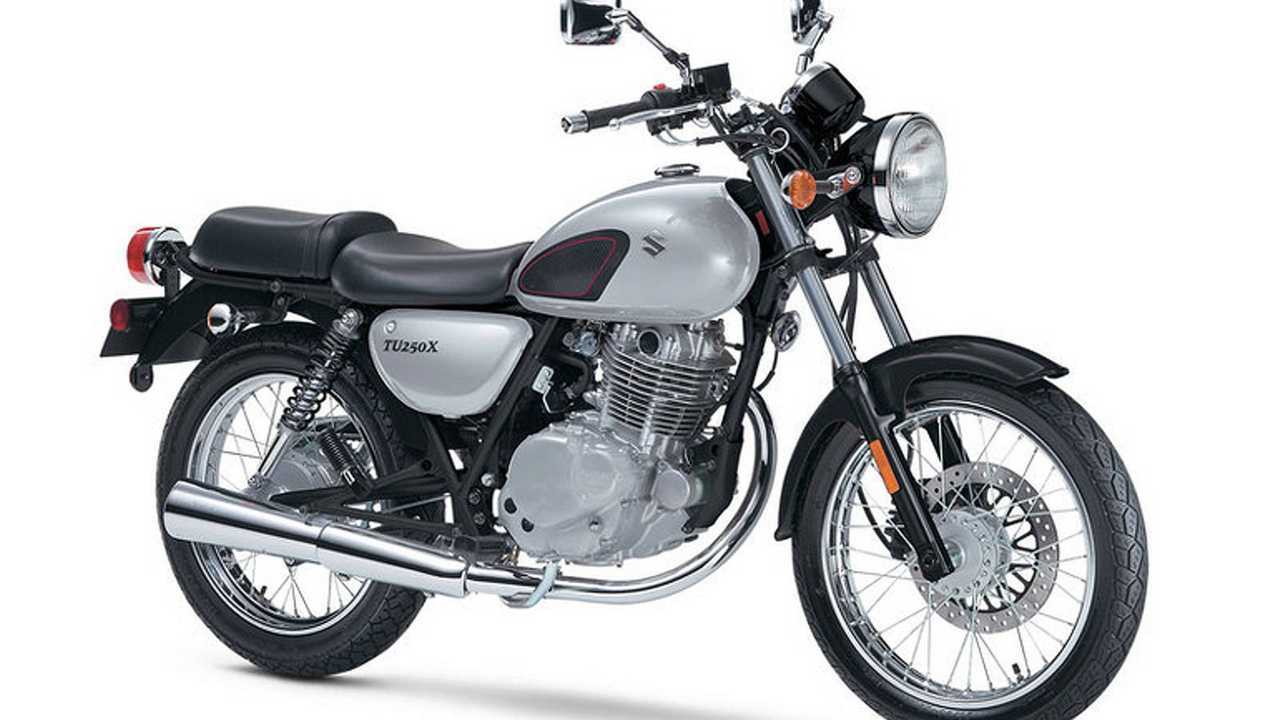 This tiny Suzuki retro is perfect for those of us who are in-seam challenged. You can’t get one in California because the air-cooled single falls afoul of emissions regulations, but everywhere else you can get on one of, if not the most, easy to own motorcycles around. 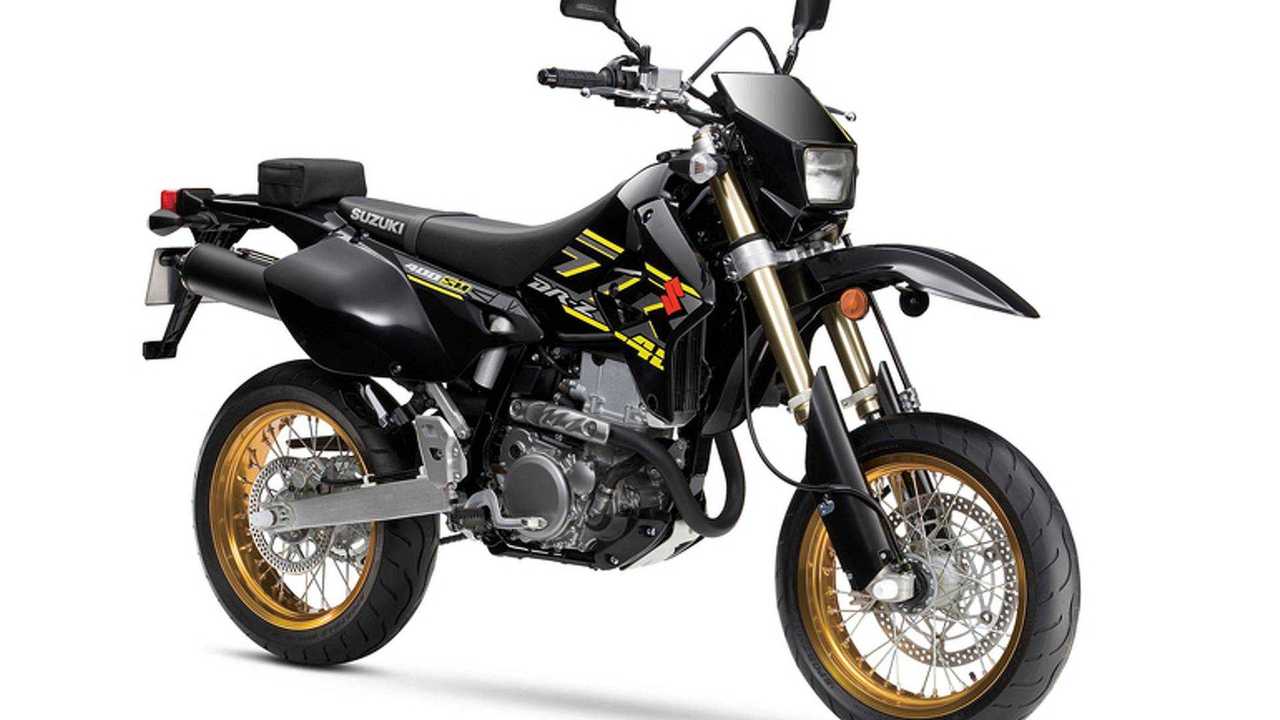 A previous version of this list had the Supermoto version of the Suzuki DR-Z400S on it, but hey, there’s more to life than pavement and the dirt version is cheaper. The tall seat, wide bars and commanding riding position make offer great vision while the light and capable DRZ is also a tonne of fun. Taking a bike out on the trails will also help you gather much-needed bike control skills and improve your street riding; especially if you get dirt lessons from one of the many off-road schools. 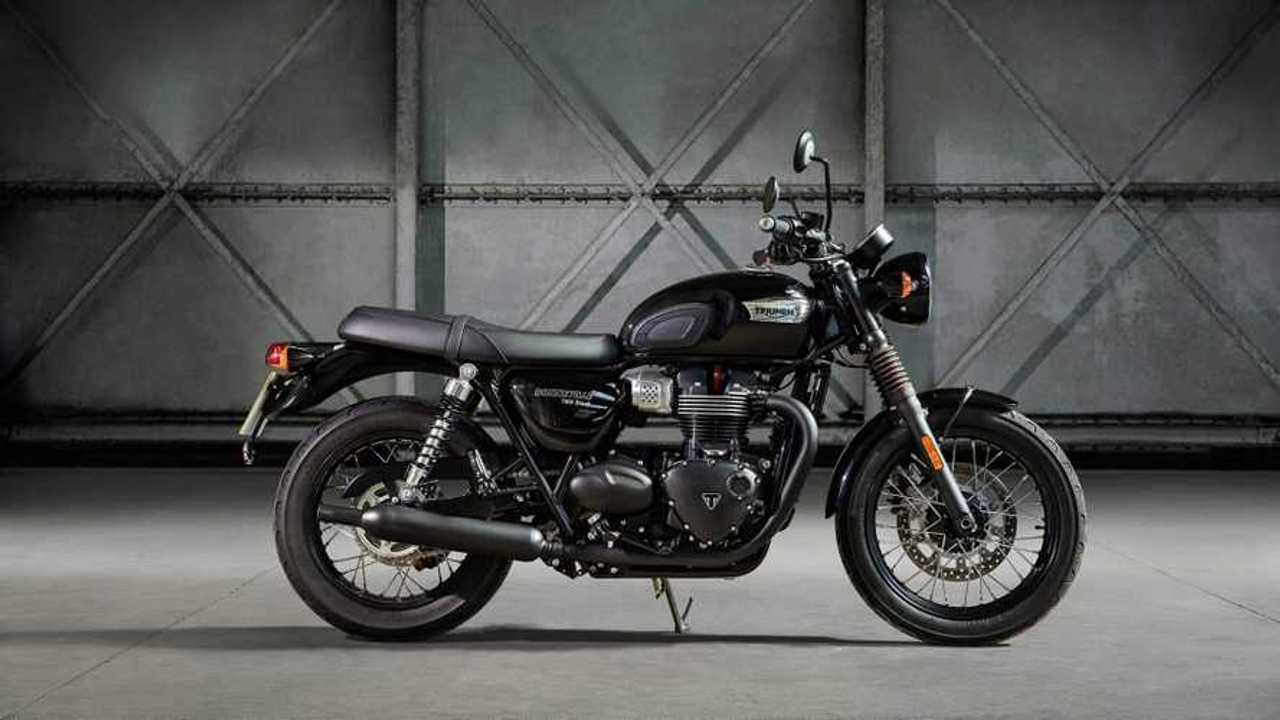 You didn't think you were going to get all the way through this list without seeing a Triumph, did you? The modern Bonneville is a masterpiece of classic styling and cachet. When you buy a Bonneville you buy a hundred years of badness—Marlon Brando, Steve McQueen, Fonzie, etc.—without having to mess about with leaky crankcases, drum brakes, and Lucas electric systems. 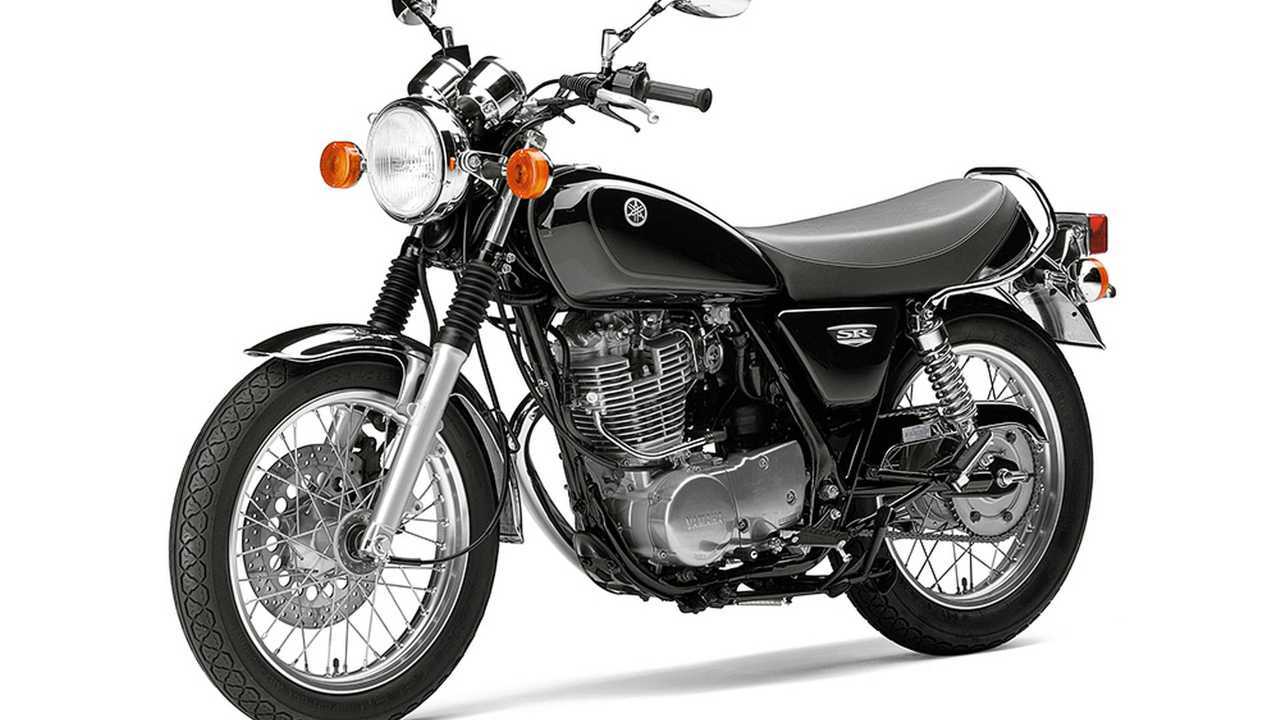 If the TU250X is too small, and the T100 Bonneville to expensive, Yamaha's SR400 is your goldilocks. The SR400 has a solid single-cylinder mill, classic looks, and a comfortable riding position on a bike that’s been proven over four decades. It’s a 40 year old motorcycles with all the style and awesomeness, but none of the quirks and annoyances. 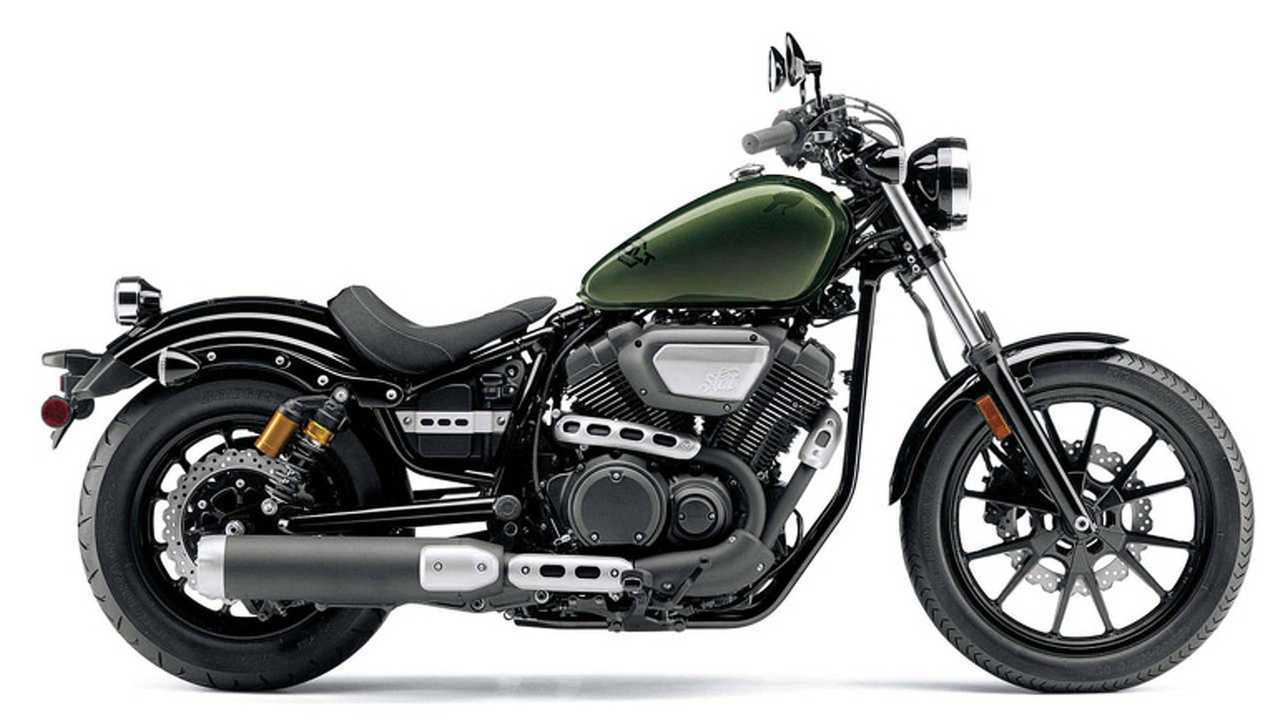 Sometimes you know what you want, and what you want is a cruiser. Enter the Yamaha Bolt. It has better performance, a plusher ride, and is easier to use than equivalent Harleys with better reliability and safety.

BOLT FROM THE BLUE 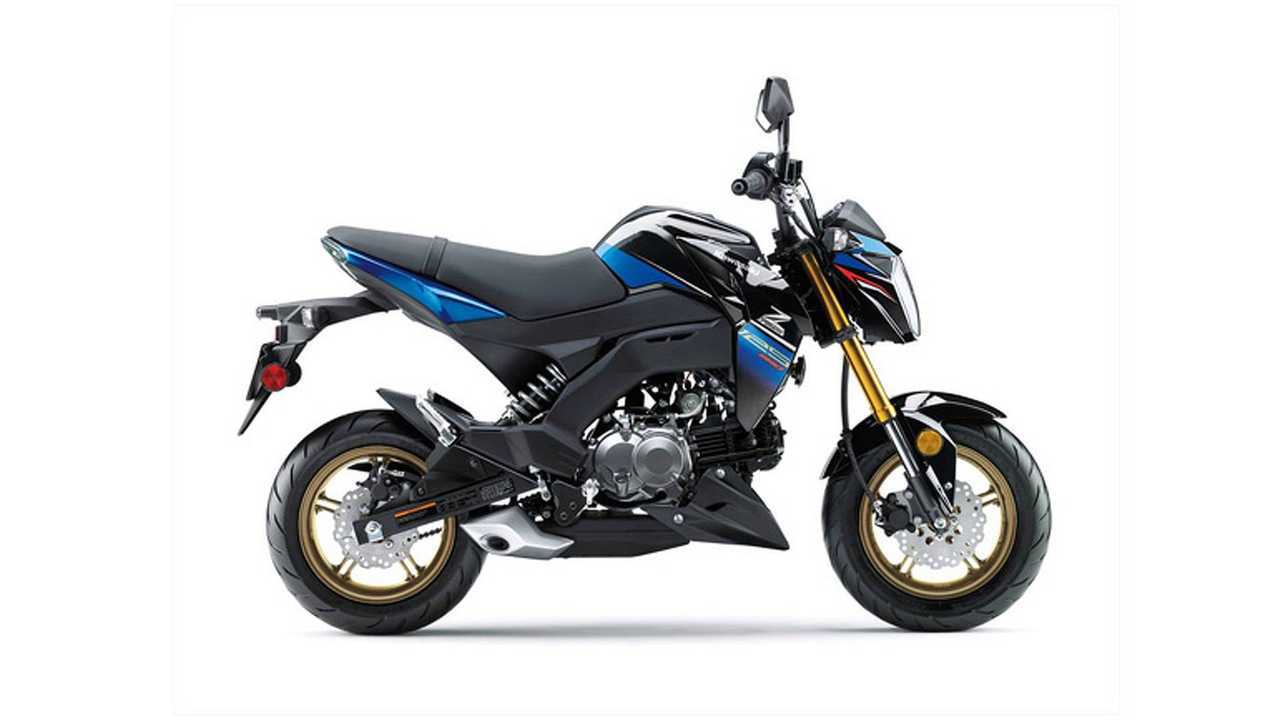 Don’t Do This: Honda Grom/Kawasaki Z125

You. Will. Lose. Your. License.

Seriously. And before you say I hate little bikes know this: I own a Z125 and it’s my favorite little rig to throw around downtown but these bikes are not for beginners. Firstly, they’re underpowered, and that can be a problem if you’re only just developing road craft. There’s not a lot of room for error when you’re at max speed most of the time. Secondly, and Despite the lack of power, they’re stupidly easy to wheelie and stoppie, so you will. Then, the police will come, and you will end your riding career in jail before it’s even begun.

Lastly, they’re too cute. Like a puppy. If you crash it, you’ll cry. I love little bikes, and so will you, but use one of these as your second bike/toy, not your first bike. 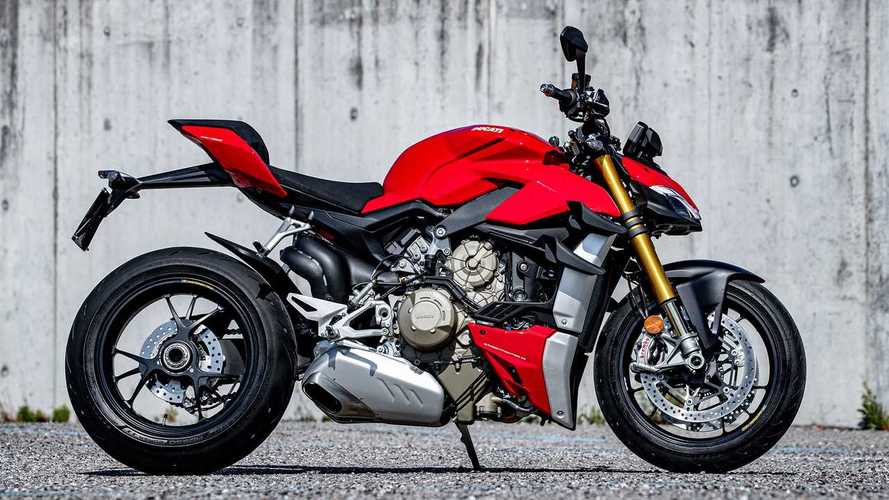 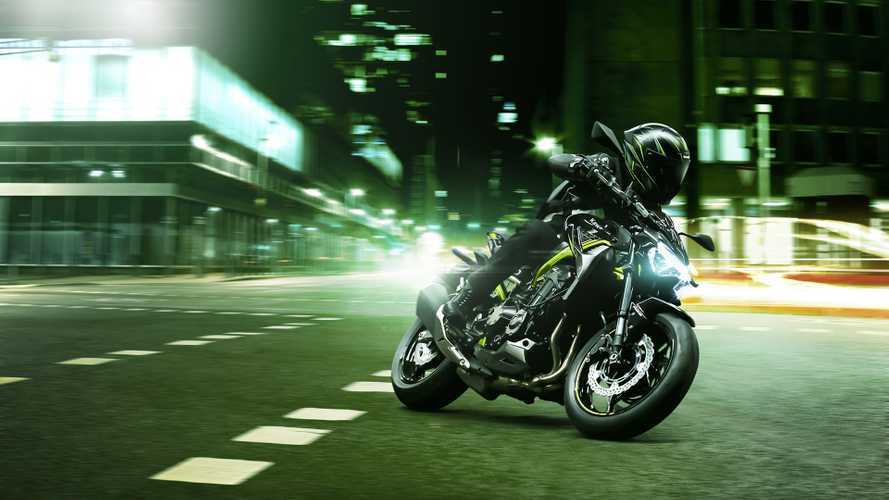 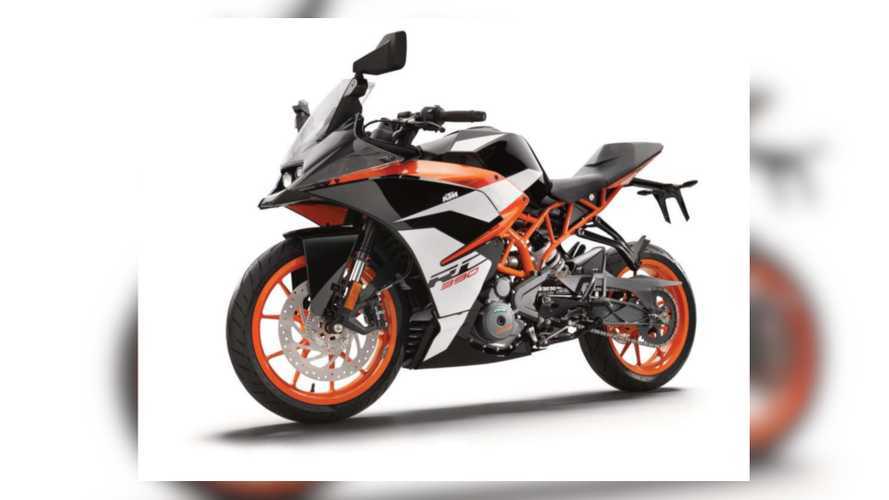 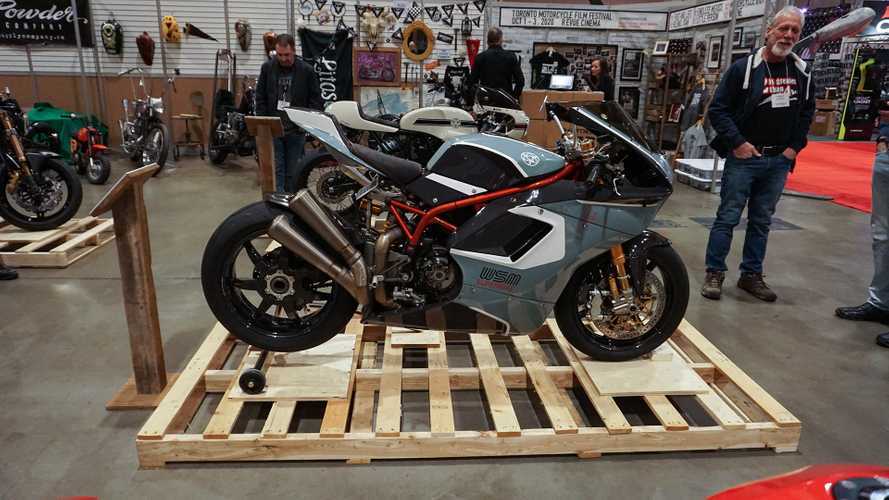 So you’re ready to buy a bike. Congratulations, the world is about to get way, way more fun, way, way more cool, and way, way more relaxing. So many ways. Motorcycling is the single best form of transport, bar none. You’re not the only person who thinks that, neither am I, which is why the number of choices for type of bike can be seriously overwhelming.

A Beginner's Guide To Motorcycle Gear

To help narrow your search, here are 12 solid contenders as the best new motorcycles for beginners like you and one bit of guidance to steer you clear of a common choice. They’ll help you develop skill, save money, and have fun.

How To Learn To Ride

With. A. Professional. Read it again. Not with Billy Bob down the street who’s been riding his stretched Busa for a year and hasn’t crashed it at all but has laid it down twice to avoid a crash, and not with your uncle’s sketchy friend who rolled a Boss Hog for the past 30 years. A proper, trained, professional will give you the best start on this journey.

So, visit your local DMV to obtain a learner’s permit, then sign up for a Motorcycle Safety Foundation or equivalent class. Depending on which state you live in, that two-day course may serve as your practical exam, but even if it doesn’t, it’s the best possible way to learn.

After that, you’re still going to be extremely…green. It’s probably best to borrow or buy a small, cheap, likely crappy bike and toodle about on that for a few weeks while you get over your new rider nervousness. This is the moment to call in your uncle’s sketchy friend, but probably not Busa boy. Take what experienced riders tell you with a grain of salt, especially if it contradicts your instructors.

You will drop a motorcycle. It’s normal, we all did it, even those of us that lie to you about it. Dropping something cheap and crash-worthy like an old dirt bike is relatively consequence-free. Not until you feel you’re riding with confidence, skill and safety is it time to buy something nicer.

Motorcycling isn’t something you just buy into either. Even riders with decades of experience are still trying to improve their skills. Start small and work your way up and you’ll be a better, faster, safer rider who gets much more enjoyment out of doing this than someone who insists on riding a bike that’s too big or too fast and who likely just ends up being terrified the entire time. Riding with skill is cooler than just buying something flashy.

How To Stay Alive

Wear full safety gear; refer to our Beginner’s Guide To Motorcycle Gear for how and why. Always ride within your skill level, don’t try to keep up with more experienced riders or bite off tougher conditions than you can chew. Go out when there’s little to no traffic, practice in quiet parking lots or on dead-end streets. Allow yourself time to practice.

Chose a bike with ABS brakes. They really will help you stop faster and safer and with more confidence. Especially useful in bad weather or on rough urban streets.

Which Bike Is Right For You?

Internet forums (and the market in general) seem to divide the biking world into two poles: extremely large cruisers or extremely fast sport bikes. There is a large, diverse and exciting world between those two.

By starting on one of the bikes listed here in place of something more ridiculous, you'll be able to gain riding experience on something suitable for learning while developing an informed position from which to decide what style of motorcycling is right for you. With a few miles under your belt, you'll be in a better position to make that decision in a way that's good for you rather than simply the product of misinformed mainstream media or bad advice from friends.