HL Johnson: The Frightening and Beautiful 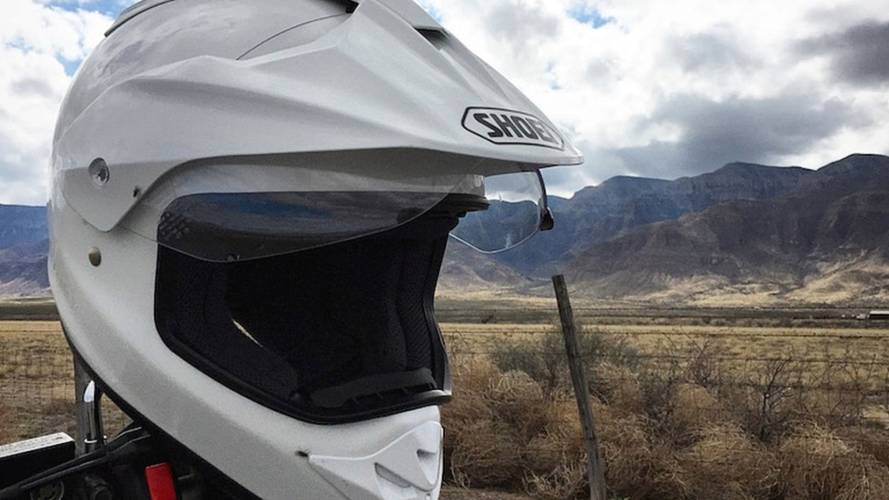 Heather tells the story of how her 'In Search of the Frightening and Beautiful' project began in Houston, and the painful journey to get there.

Traveller's latest adventure gets off to a rough start

It’d been pouring all day. My plastic rain suit lay in a pile on the floor, its dampness soaking a ring into the cigarette-burned carpet. My skin was still sticky with the day’s sweat, and the pink and orange polyester comforter stuck to my legs as I rested on the motel room’s sagging double bed, my foot propped up on an extra pillow. The wall I leaned against pulsed with booming bass vibrations from the nightclub next door.

“Ice,” I thought. “Does this place even have an ice machine?”

I stared down at my left foot, all black and purple and swollen, the pain I’d successfully blocked surging back in waves now that I had time to sit and think about it. This was my shifting foot – the one I’d damned near broken a mere 3 miles out from my departure point after dumping my Guera in a patch of soft sand. Overloaded on rock-hard tires, with the rather arrogant notion in my head that I knew what I was doing.

Consequently, every mountain pass curve, every stop light – every maneuver requiring changes in speed of any kind – sent searing jolts of exquisite agony from the knuckle of my big toe, across the delicate metatarsals there, spreading into my ankle and up my leg to eventually light the synapses of my cerebral cortex on fire. Despite the impediment I could still appreciate riding through the dusty half-decay of the southwestern US desert. With its “shoe trees” and roadside love proclamations spelled out in rocks. Its half-abandoned mining towns with rusted conveyor belts and 100-year-old smelter stacks casting long shadows across the scratched, poster-covered windows of empty storefronts. Its graffiti-covered freight trains and their minor-keyed whistles: mournful tones capable of conjuring up a bittersweet kind of sadness, a nostalgia comparable only to that brought about by the gorgeous final gasp of each night’s setting sun.

No amount of pain could dull those impressions. Nor could it compromise the excitement I felt for the open-ended, nameless assortment of scenarios that lay ahead. But it was distracting. So, when I reached Texas – territory that was all too familiar - I got lost.

Perhaps it was the excitement itself that messed me up. El Paso was so close to Mexico I could feel that country, smell it, practically touch it. The Rio Grande cuts a trench so deep into the topography here that gravity could theoretically do the work, pulling me down from the mountainside so I’d just roll into the chasm and land right there. The separation between the United States and Mexico felt like a false construct: a loose, harshly imposed idea with no basis in fact. The border was only a state of mind, a membrane that could be torn into by will alone, as the language spoken, the food eaten, the rocks, and the treacherous sandy back roads as far as one’s eye could see here were all the same...

I rode along the border fence for what felt like hours, dodging entrance ramps to one-way bridges packed with multiple lanes of Juarez-bound traffic so thick that screwing up meant getting stuck for hours, or worming between pissed-off drivers, upstream, in sienna-colored smog –on a screaming foot. I just wanted to relax in El Paso, but every turn seemed to lead me back, just in time to get nailed by another angry storm cloud – after which the sun would emerge again, roasting me inside my rain suit. I could picture it up there in the sky, zapping hapless figures randomly with its blazing sun rays, laughing hysterically like some gleeful serial killer. But then I’d get hit with the aroma of gorditas frying at a taco stand somewhere nearby. And, snap!... Mexico.

All it took was a trace of a memory - a flash of someone’s smile, a splash of color from a hand-painted sign, or the smell of roasted chiles – and I flew back into focus, remembering where I was going and why. All of the beauty I’d found in that country the previous year was right there, palpable, and very much within reach. I just had to work a little harder to get across the razorwire wall.

Ice. Yes, the motel had it. There was a dispenser at the end of a nicotine-saturated hallway, in a courtyard with mid-century stone walls that I could grasp onto to brace myself. Every step was its own little micro-journey, replete with decisions about body weight distribution, speed, balance, and more I’m not even conscious of. It took a good 20 minutes to make it the few hundred yards, but I needed the ice to reduce swelling and numb the pain. I did what was necessary.

Back in bed, I stared at the little Yamaha motorbike parked outside the motel room window. It had already carried me halfway to Houston from my takeoff spot in Twentynine Palms, California. I’d soon be greeted by people there who genuinely wanted me to succeed, who wanted to see me take my crazy art project, so aptly named "In Search of the Frightening and Beautiful," to the bottom of the world. I was in a world of pain and paradise, straddling the edge of an abyss, still able to look forward to every possibility ahead.

I slept soundly that night, despite the 21st century disco music whose vibrations threatened to dislodge the moldy ceiling tiles, water stained and sagging, from above my head. (Silicone earplugs!! Got it, adventure riders? Best damned inventions EVER.) By 6 am I was packed up and out, as the biggest, longest slog in this stretch of the journey – through West and Central Texas – still lay ahead. I was sticking to back roads to avoid getting crushed by semi trucks in West Texas’ 80 mph speed zones. The wind wakes alone on those things are powerful enough to punch a rider off any motorcycle – particularly one that couldn’t keep up. And to avoid the shit show that was, is now, and will likely always be US Interstate 10, I headed directly east on Texas Highway 62 to Highway 90, which took me through the desolate Rio Grande Valley all the way to Houston.

Gasoline and water – out here they were in limited supply. Border patrol checkpoints seemed to outnumber gas stations; green uniformed guys in white pickups were everywhere. So when I rode past one lone man walking on other of the side of the road with his thumb outstretched, I stopped and turned around.

“There’s nothing out here,” I thought. “Not for miles and miles."

What in god’s name was he doing?

The look in his eyes blew me away. He was calm and happy out here in the middle of what felt to me like nowhere, on his way... somewhere. He had plenty of water – a few gallons – distributed in several small containers in different bags to balance out the weight. He told me he was trying to get to El Paso that night, still a good 350 miles west; he was hitchhiking from Brooklyn, destined ultimately for Los Angeles. The only people around were Border Patrol agents who’d slowed him down with cold interrogations. I couldn’t do much, with my already-too-heavy load. I gave him my number, in case he got into trouble, and rode off again, heading east.

How many pairs of shoes had he gone through? How did he ration water out there, baking under that damned southwestern sun, its evil rays bouncing off white limestone canyon walls, directly onto his glistening, unprotected skin? How did he deal with his own vulnerability, as perpetual freak show, subject to god-knows-what from god-knows-whom, out there by himself on the side of the road? How did he handle the loneliness?

Questions. I had so many, popping up simultaneously and raising my pulse in increments. Obviously they were all meant for me. I’d have to find the answers, one by one. That’s what this journey was about.

From 20 miles away Houston’s skyline was shrouded in thick haze. But I could make out the Bank of America tower with its church spires, and the building my mother used to work in: 70-plus stories tall, clad in green glass and shaped like a dollar sign. I couldn’t avoid freeways anymore; from here on in I was destined to fly alongside 8-cylinder pickup trucks with my throttle wide open, fighting a front-end wobble as my dual sport tires found the seams and pavement grooves. Great for everyone else’s traction but mine.

There was an intense thrill to it all - the near-death-ness of claiming the middle lane as the concrete swamp unfolded around me with its smoggy spaghetti junctions, billboards, box stores and aggressive drivers. The deeper I plunged in, the thicker and richer it became, and memories began flooding back. Having spent my adolescence here 30 years prior, this place was both familiar and strange – another dichotomy, quite possibly the best illustration of “frightening and beautiful” I’d find anywhere.

But that’s another story for another time. For now I was here to launch my project; to spring from this odd semi-comfort zone into places I didn’t know at all; to see, absorb, record, learn, and return here with new ideas. So launch the project I bloody well would. Banjaxed foot and all.