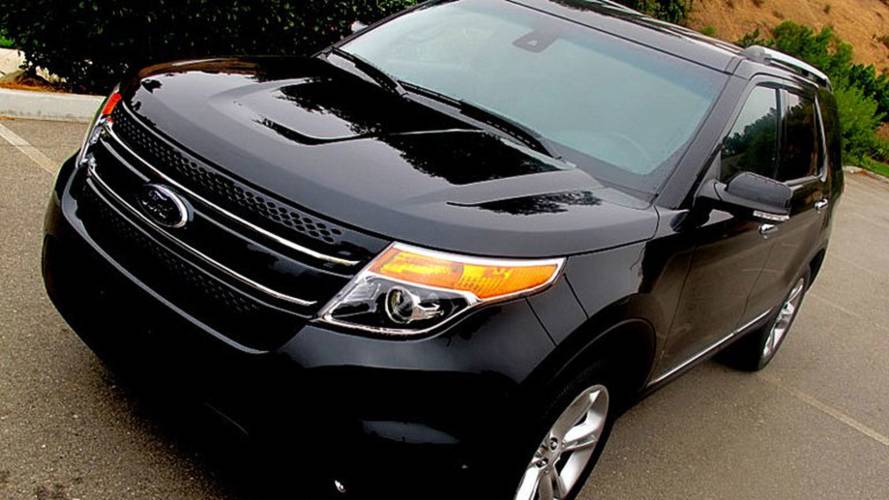 The 2014 Ford Explorer Limited is a state-of-the-art crossover that can carry seven adults and is a tow/haul workhorse.

There are few SUVs out there with as much history, controversy or relevance to the everyday consumer as the Ford Explorer. No matter what you may think you know about Explorers of old, the new 2014 Ford Explorer Limited 4WD V6 we tested will shatter any preconceived notions. With the new Limited, Ford took its iconic SUV nameplate and created a state-of-the-art crossover that can carry seven adults in relative comfort and is also sturdy and powerful enough to be a tow/haul workhorse.

Thanks to the Explorer’s 290 bhp 3.5 liter V6 engine which delivers an effortless surge of power, our 2014 Ford Explorer 4WD V6 test vehicle had an impressively robust 5000 pound tow rating. This figure is higher than many of the 2014 Explorer’s current, similarly-sized three row SUV competitors that rate at an average tow capacity of 3500 pounds. This is one tough towing and hauling machine.

Opt for the base 4-cylinder EcoBoost motor and you’ll see the rating drop to 2000 lbs which is about the same as a Honda CR-V.

Inside, with the second and third rows folded flat, there is 80.7 cu.-ft. of cargo room available. If you are carrying passengers, cargo room behind the second row is 43.8 cu.-ft. diminishing to a respectable 21 cu.-ft. with all three rows being occupied by passengers.

Ford offers three powertrains with the 2014 Ford Explorer starting with a 4-cylinder Ecoboost meant for suburban hypermilers that returns 20 mpg city/28 hwy. Up next, the 3.5 liter EcoBoost turbocharged and direct injected V6 that pumps out 365 horsepower/350 lb. –ft. of torque to compete with the Hemi V8 engines of the world. The EPA estimates fuel economy returns of 16 mpg city/22 hwy as long as you are light on the turbo.

Now, how did our tester do? The 2014 Ford Explorer 4WD V6 has an EPA estimated fuel efficiency rating of 17 mpg city/23 hwy and over the course of a week we averaged 18.9 mpg which is just about exactly at the combined average. This motor runs on regular unleaded and the 18.6 gallon fuel tank means that this is an excellent all around road trip SUV.

We really took a solid liking to the 2014 Explorer’s silky smooth standard 6-speed automatic and the 290 horsepower/255 lb.-ft. of torque from the naturally aspirated V6 that felt perfectly suited to all of our needs on freeways, dusty off-roads trails and with a trailer attached. Plus, the balance of engine refinement and fuel economy was right. Steering feel was communicative and predictable, body-roll well controlled and overall the driving experience was both comfortable and engaging. Any memories of the rather truck like old Explorer were banished on the first test drive.

Features and Pricing as Tested

Base pricing for the 2014 Ford Explorer 4WD V6 Limited like the one tested here is $40,100 and our loaner was equipped with a $5425 Special Option Group which added voice activated in-dash navigation, upgraded leather, heated steering wheel, a blind spot warning system, seatbelt mounted airbags, a back-up warning monitor system, lane keeping assistance, rain sensing wipers, HD headlamps and a tow package. Additionally, there was an $1150 adaptive cruise control/collision mitigation system for those who dislike watching the road ahead of them. Total came to an MSRP of just over $48,000.

If we lived in a fair and just world, it would be the 2014 Ford Explorer 4WD V6 Limited that would be on every street corner and at every bike rally. But even if the Explorer doesn’t own the SUV market like it once did, you can still enjoy this new version for all its myriad of improvements over the last generation.