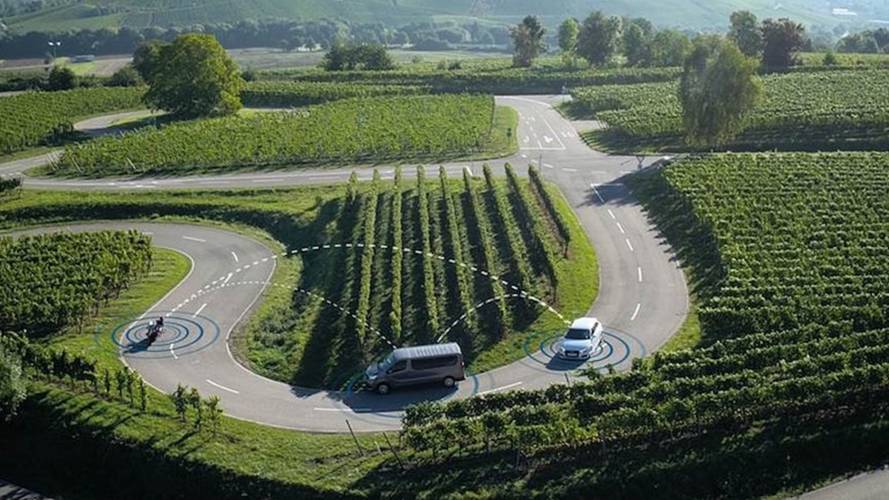 German company Bosch has come up with a novel and very futuristic way of protecting riders.

Techno boffins Bosch are developing a safety system that allows motorcycles and cars to "talk" to each other, alerting drivers and riders that the other is approaching.

The technology “could prevent nearly one-third of all motorcycle accidents,” according to Bosch board member Dr. Dirk Hoheisel. “We are creating a digital protective shield for riders.”

The German company has partnered with Autotalks, Cohda Wireless, and Ducati on the project.

Last year there were approximately 30,000 motorcycle accidents in Germany alone, roughly 600 of which were fatal. One of the main reasons for this, Bosch engineers feel, is that riders of two-wheeled vehicles are often overlooked in road traffic – both at intersections and during passing. Bosch says that by letting motorcycles and cars talk to each other, the goal is to prevent dangerous situations from occurring in the first place.

“Through safety systems such as ABS and motorcycle stability control, Bosch has already made riding a two-wheeler significantly safer," said Hoheisel. "By connecting motorcycles, we are taking safety to the next level."

Here is how it works: up to 10 times a second, vehicles within a radius of several hundred meters exchange information about vehicle types, speed, position, and direction of travel. Long before drivers or their vehicles’ sensors catch sight of a motorcycle, this technology informs them that a motorcycle is approaching, allowing them to adopt a more defensive driving strategy.

For example, dangerous situations often arise when a motorcycle approaches a car from behind on a multi-lane road, ends up in a car’s blind spot, or changes lanes to pass. If the system identifies a potentially dangerous situation, it can warn the rider or driver by sounding an alarm and flashing a warning notice on the dashboard. In this way, all road users receive essential information that actively helps avoid accidents.

The public WLAN standard (ITS G5) is used as the basis for the exchange of data between motorcycles and cars. Transmission times of just a few milliseconds between transmitter and receiver mean that participating road users can generate and transmit important information relating to the traffic situation. Parked or idling vehicles also transmit data to any surrounding receivers. To allow riders and drivers who are farther away to reliably receive the necessary information, the technology makes use of multi-hopping, which forwards the information automatically from vehicle to vehicle. In critical situations, Bosch says, all road users know what is happening and are able to take appropriate action in advance.