If It's Not Riding Season, It's Gear Inspection Season

When was the last time you took a good look at your riding gear?

Those of us who wear motorcycle gear know the gear that we own inside and out, don’t we? Well, no. Sometimes we don’t. There’s absolutely a meditation to gearing up before a ride: all the steps are the same, all the motions, and all that intentional fastening and zipping. But when was the last time we really looked at our riding gear? Truly inspected it? I’m going to guess it was when you bought it and not since then, right? 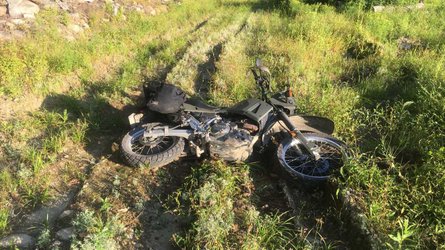 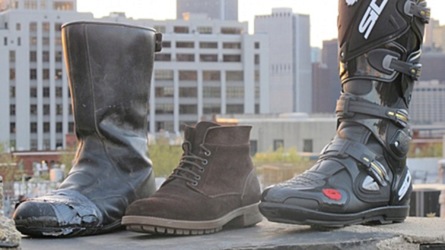 Sure, when we buy motorcycle gear whether online or in person, we look at the construction, we inspect the reflective panels, check the armor, inspect the seams. We want that gear to do its job when we need it, and initial quality is an excellent indicator. Especially when that gear gets a little long in the tooth, or after any kind of crash, or just because it’s Tuesday: inspect it regularly.

Take, for example, exhibit A—my boots. I remember purchasing these boots very distinctly. They were decent mid-range dirt boots, they were on sale, I had just bought a dual sport motorcycle (a KLR) as a dirt capable ride and winter beater, and I didn’t own dirt boots. They’re stompy, beefy, well insulated and armored, waterproof, and they were a lovely shade of powder blue with flowers on them. They were one of two pairs in the motorcycle gear shop, and they fit me perfectly. Was it fate? Maybe.

I didn’t think much about them beyond sliding them on before a nice dirt ride, apart from being conscious of how much damage they’d do if I stomped around on a finished wood floor. I should have. I pulled them on recently and hopped out into the driveway where I spotted… pieces of broken plastic? Where did those come from? Turns out both of my boots failed in exactly the same way at exactly the same time. This is the very definition of “aged out.” It got me thinking. I remember buying these boots, back in 2011. They’re not that old, but they weren’t super high-quality boots, either, and they have seen some things.  Lucky for me, they failed while I was walking in them, and not while I was riding in them.

So, friends, during the next rainy season, or during those months when you’re snowed in, or when it’s just too hot to ride, make a point of pulling out all your gear anyway. Check the seams and fasteners for signs of failure. Check the liner in your helmet and be sure nothing in there is falling apart. Open up the pockets and make sure the armor in your elbows, shoulders, knees, and back is all still pliable and not brittle. Inspect your boots’ hard plastic armor for cracks and signs of degradation. Look at your gloves and make sure they’re not falling apart. Many manufacturers suggest an age limit on gear, but when you put a lot of miles on your gear, constant sweat and motion are great at making budget gear fail early.

Don’t wait until the foam armor in your jacket falls out of its pockets in pieces! If the jacket is still in good shape you can replace the armor in it with updated pieces. Good boots will have replaceable hard plastic panels. A good helmet manufacturer will sell you a new liner and cheekpads. If you find a major failure like I did, though, it’s always a great time to go shopping for new, better gear!