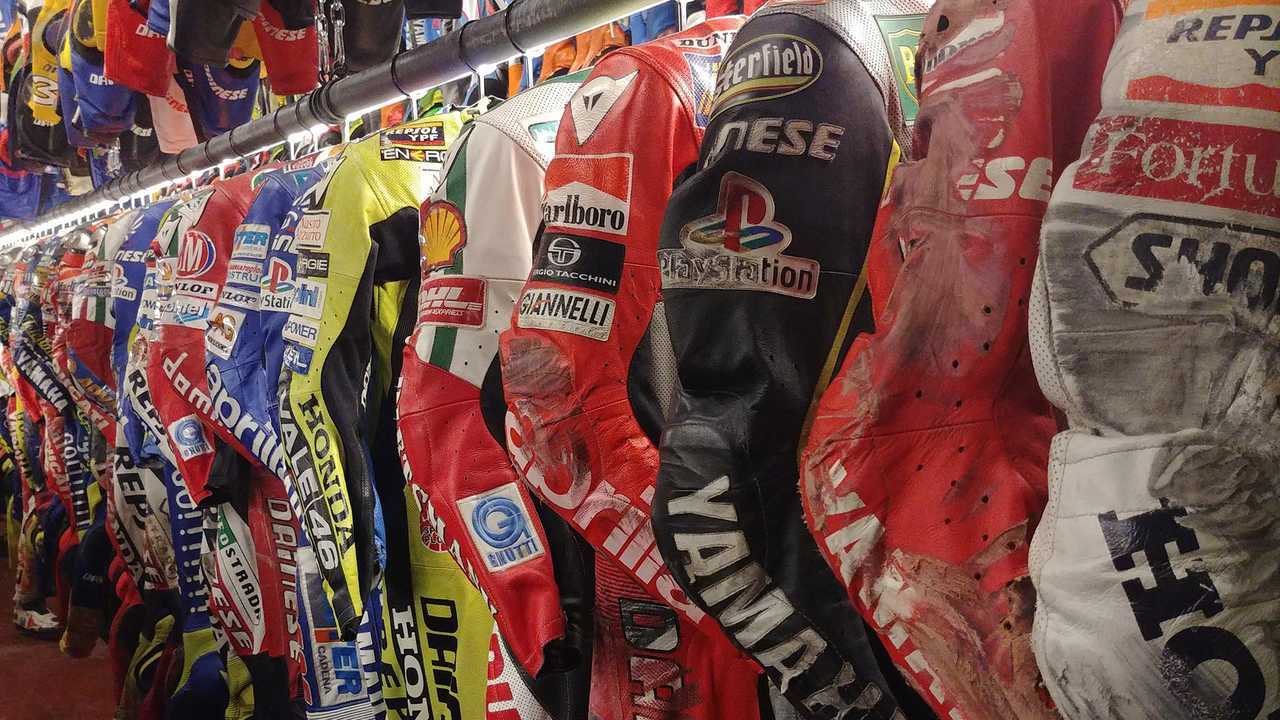 The best gear is the gear you'll wear.

We all know that ideally, we should be protecting more than just our heads when we ride. Over here at RideApart, we’re all pretty big believers in ATGATT. Still, all that tells you is that we prefer to wear gear. It doesn’t tell you a single thing about which gear we prefer to wear—or which type of gear is best.

What’s The Lifespan Of Motorcycle Gear?

Both leather and textile are broad categories. Cow-based leather is still the most prevalent, although even then, there’s a range of types to consider. Race fans will have heard plenty about the glories of kangaroo leather, and how it protects many of our favorite professional racers from what might have otherwise been terrible injuries from long slides on (and off) track. Goat skin is also sometimes used, particularly in motorcycle gloves.

For textile, are we talking Kevlar-reinforced denim? Cordura? Ballistic nylon? Dyneema? Some other proprietary abrasion-resistant material, like the Covec material that Bull-It uses in their jeans? Also, what about construction? Busted seams in any slide, wearing any gear, are not your skin’s friend. Long story short, there are a LOT of things to consider when figuring out which direction you want to go in when gearing up.

Leaving armor aside for the moment, the main question with either broad category of jackets, pants, and gloves, is how well it’s going to perform in a slide if you go down. To that end, you’ll notice that some gear manufacturers now make claims that quantify the number of seconds of abrasion resistance they offer. For example, some moto jeans manufacturers offer 4-second or 6-second abrasion resistance, and so on. That’s the type of information you want to know when making an informed decision about the effectiveness of any gear, no matter the material.

A 2011 study published in the journal Accident Analysis and Prevention confirmed “the value of abrasion resistant materials in the reduction of soft tissue injuries in motorcycle crashes.” The study involved 212 crashed motorcyclists in Australia, and analyzed what difference wearing gear made in their crashes. The researchers found that—surprise, surprise—wearing gear made a significant difference in the levels of soft tissue injuries sustained by crashed motorcyclists.

When examining the crashed gear, “the most common form of damage was due to material erosion with little evidence of tear, cut, sharp penetration or crush damage.” If you’re interested in a detailed breakdown of the study and its methods, it’s well worth a read.

As regards the question above, I found this bit particularly significant: “While the greatest benefits observed were in relation to the prevention of soft tissue, and particularly open wound, injuries, this is not a trivial outcome.” [Emphasis mine.]

“Such injuries are rarely life threatening, but can have serious consequences for the motorcyclist such as opportunistic infections, scarring, loss of mobility and longer term disability. A New Zealand study of disabled motorcyclists found a high proportion (80%) had impairments due to disfiguring and scarring from soft tissue injuries (Clarke and Langley 1995).”

So, How Do I Choose Good Gear For The Slide?

This, my friend, is a personal question. The best gear you can choose for yourself is always going to be the gear that you will actually wear. If it’s so expensive and gorgeous that you’re afraid to wear it because you don’t want to ruin it, even if it’s incredibly protective, it’s still a bad choice.

Likewise, if it’s your dad’s old, worn-in leather jacket that he had since he was a teenager and you love for sentimental reasons, it’s probably not as protective as some modern gear might be. You might want to wear it off the bike, and consider more modern safety equipment for when you’re riding. If the gear doesn’t fit well and is uncomfortable, you also won’t wear it. These are all factors to keep in mind when making gear choices, in addition to actual safety features.

For a deeper dive into the differences in leather types and leather construction, Bennetts spoke to Alan Lui from Lincs Repair, which specializes in repairing crashed moto leathers for Kushitani UK, among others. Their guide offers quite a good breakdown to help us all understand our leather gear just a little bit better.

For a deeper dive into textiles and whether denier makes a difference (it quantifiably does!), Motosafer offers some insight into a few types of nylon and Cordura. It’s not a complete guide to every textile option out there, but it’s also not a bad place to start.