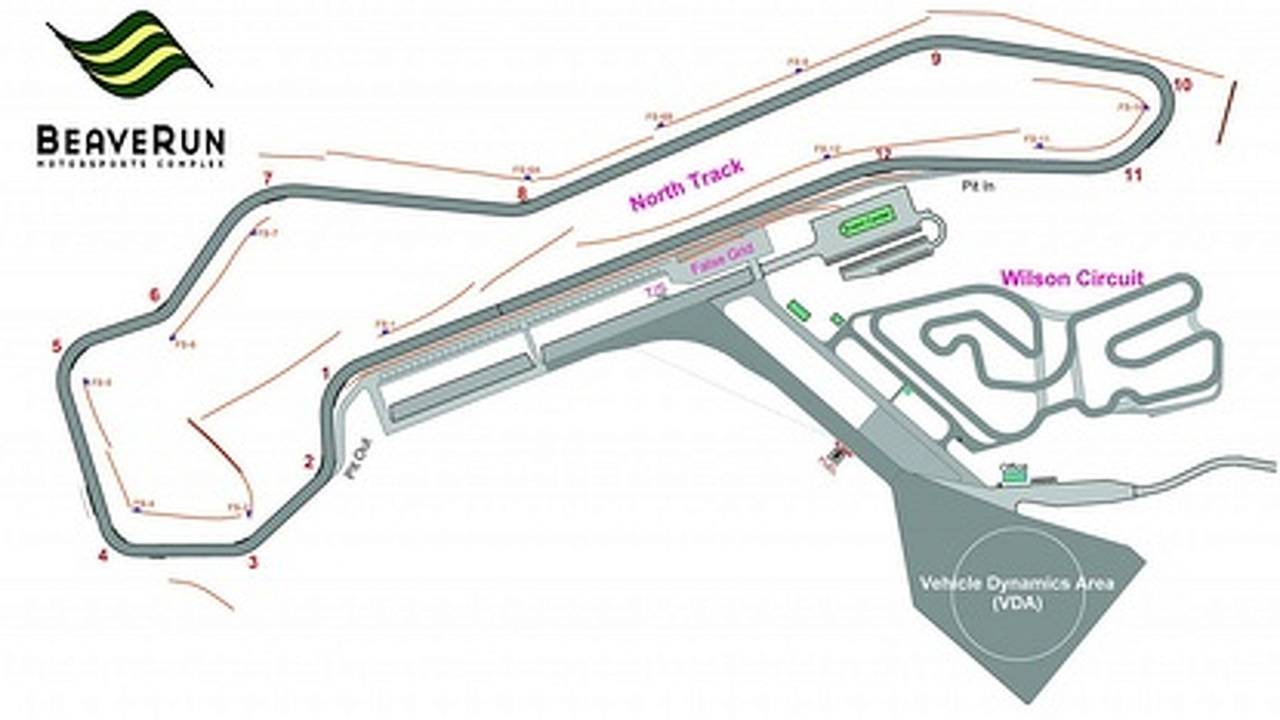 Photos: With that in mind, we threw Shamu in a trailer and drove out to Beaverun, in western Pennsylvania. Any bike with vaguely sporting intentions should be track-capable, right? Not this one. First session of the day, second lap out and the pegs go down hard as I turn into the uphill right hander that's turn 10 on Beaverun's North Track. I thought I was still warming the tires before trying to ...

Photos: With that in mind, we threw Shamu in a trailer and drove out to Beaverun, in western Pennsylvania. Any bike with vaguely sporting intentions should be track-capable, right?

First session of the day, second lap out and the pegs go down hard as I turn into the uphill right hander that's turn 10 on Beaverun's North Track. I thought I was still warming the tires before trying to ride it quickly. Recover, point the bike back uphill and wind on full throttle. Rather than rocket down the short straight, Shamu just sort of thrums along, sportsbikes flying past left and right. 172bhp and 95lb/ft of torque aren't enough to coax much get up and go out of the 591lbs (wet) Honda.

Brake early for turn 1, the brakes are snatchy so you can't trail them into the corner. Get off the side, push the inside bar deliberately and it turns in, but getting the bike back up, then over to the right has the bike and me wobbling into the wrong line.

Turn 4 is the kind of flat, 90-ish degree corner where you can really play with some serious lean on most bikes. Not on the VFR. Again, I brake early because the snatchy brakes are scaring me, made worse by the too-soft forks that dive at the merest whiff of right lever. I've got to limit my apex speed too to keep the peg off the ground. All that and I still have to wait until the bike's virtually upright before really getting on the throttle, it's snatchy too, and the too-soft rear end plummets when you're on the throttle.

Then into the uphill right, over-the-crest left and downhill right that are turns 5,6 and 7. Shamu goes into a serious wobble as the elevation catches it on the entry, it's reluctant to get back over the left over the crest and the downhill right, where these photos were taken early on in the session, is just completely frightening, with the bike bobbing and weaving imprecisely instead of tracking along a predictable line. Remember, this is with suspension set up for this track by a professional.

Five laps in, I called it quits, too terrified to continue.

Specifically, the VFR has four big problems that prevent it from working in this environment:

1. The suspension is too soft. Sure, with a 591lbs curb weight it's extraordinarily heavy, but stiffer suspension or at least a larger capacity for adjustment could make it corner. Instead, it dives, sinks and wobbles around all over the place.

2. It's got zero ground clearance. Even after decking out the pegs hard and repeatedly, there was at least 1cm of unused rubber on each side of the rear tire. If I'd been brave enough to do more than one session I'd have started to hang off the side like a monkey to take as much lean as possible out of it, but even that wouldn't have helped much.

3. The controls are unpredictable. The fueling is seriously bad, like early Honda fuel-injection bad. It surges when you don't expect it to and the twist grip just doesn't have a linear relationship to engine power. The brakes, too, are snatchy, something that's not helped by the linked arrangement. They're plenty powerful and didn't fade at all, but combined with the soft suspension and abrupt application, the front end goes diving for the ground with a finger brush.

4. The ergonomics are poor. The wide seat, low pegs and huge tank make it hard to hang off in a conventional manner and, once you are off the side, the slippery seat makes it hard to stay in one spot. The tank is so tall that your outside arm is fully extended over it before your torso gets anywhere near parallel to the ground.

All of this leaves us without an understanding of what the VFR1200 actually is. It's nowhere near fast enough to be a Hayabusa or ZX-14 rival and doesn't handle nearly as well as either of those bikes either. The riding position is more forward-leaning and uncomfortable than a Kawasaki Concours 14 and the Honda doesn't come with luggage as standard. It kind of looks like a rival for the BMW K1300S, but that bike would run circles around Shamu in a corner and feels notably quicker.

Having said all that, while we were out enjoying more appropriate bikes, grey hairs were drawn to the VFR like geriatrics to bingo. Explaining that it wasn't ours was like explaining that Grant and I weren't their grandchildren. Our new friend Phil, an experienced 52-year old Enduro racer ranted and raved about how much he loved it.

Maybe track-riding whippersnappers like us are the wrong audience for the VFR. Maybe it's really for old guys that want to look like they're going fast, when really they're just cruising around on a Lay-Z-Boy; who want to feel fast when really they're five under. They can keep it.

Why do we call the VFR1200 Shamu? Believe it or not, the nickname's not supposed to be negative. Last summer, when black and white photos of the bike leaked, before we ever knew it weighed what it does, commenters and forum fan boys started calling the bike "Shamu." Look at this black and white photo and tell us it doesn't look like an Orca whale with all those organic curves, smooth bulges and contrasting colors. We like nicknames, so it stuck. No harm meant.