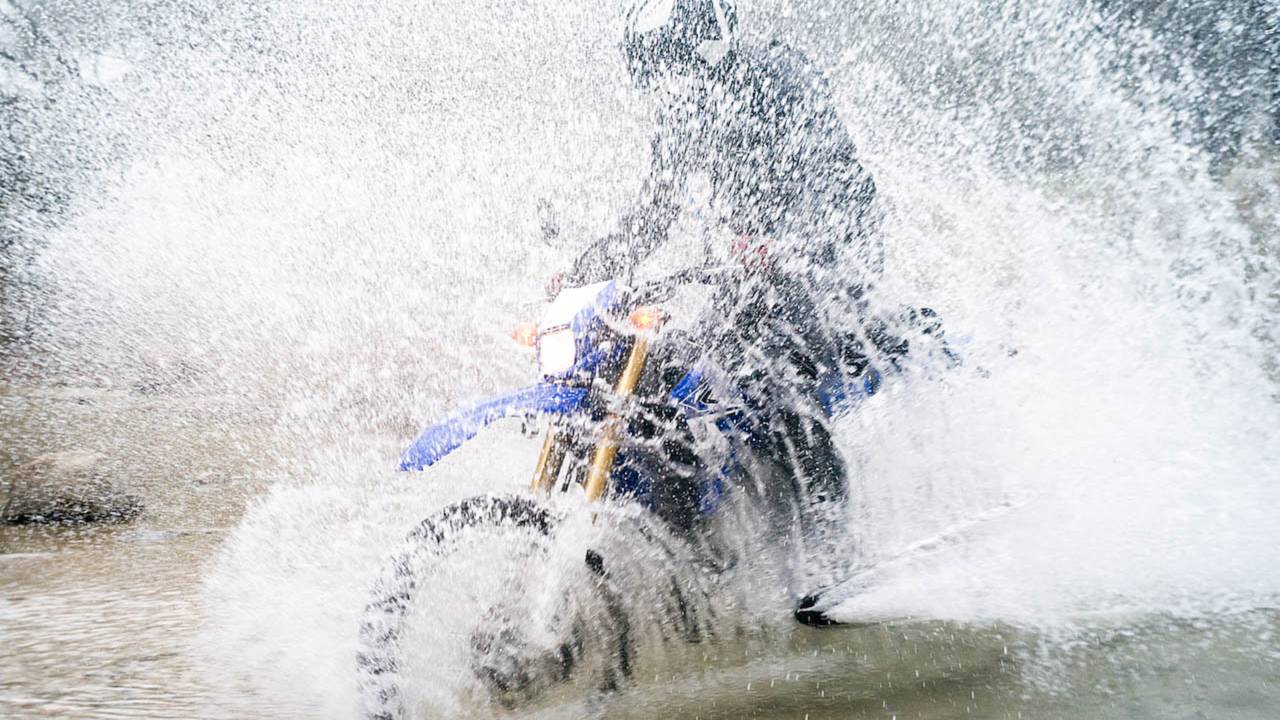 The Yamaha WR250R now competes in the suddenly popular dual sport segment. It's smaller than the DR-Z400S, much more expensive than the CRF250L and much higher spec than the KLX250S.

In an age of 600lbs, 1,200cc adventure tourers wearing knobby tires, it’s easy to forget that dirt bikes don’t need to be big, heavy and expensive. This is the little Yamaha that could. Sharing an aluminum twin-spar chassis and fully-adjustable suspension with the dirt-only WR250F, don’t let the 250cc capacity confuse you — the Yamaha WR250R is a fast motorcycle on-road and off.

Seriously, we had an absolute blast running around LA freeway traffic on these, out-dragging confused Harley riders and taking advantage of the high seats, wide bars and 298lbs weight to carve through stationary traffic. The WR was even happy cruising at 90+ mph in the fast lane for extended periods.

The WR is pricey because you get a lot for your money. Fuel injection, wavy brake discs front and rear, fully adjustable suspension, nice components everywhere you look. This is not a budget motorcycle. It’s also a Yamaha. Which means it’s going to start on the first push of the button every single time and won’t need its engine ripped apart every 40 hours.

Unlike larger single-cylinder engines, the WR’s doesn’t make your hands numb with vibration, even while cruising at 85mph. The skinny dirt bike seat looks uncomfortable, but it’s got just the right amount of support for hours of comfort.

We didn’t try, but others report seeing top speeds of 90mph +. That from a little 28bhp, 18lb/ft four-stroke 250 single. It gets there quickly too. There’s not much bottom end, but it likes to rev. Max power arrives at 10,000rpm.

Never owned a dirt bike? This is an non-intimidating way to get started getting dirty. Experienced dirt bike rider looking for a reliable dual-sport? This’ll do way more than just get you to the trails and still entertain you once you’re there.