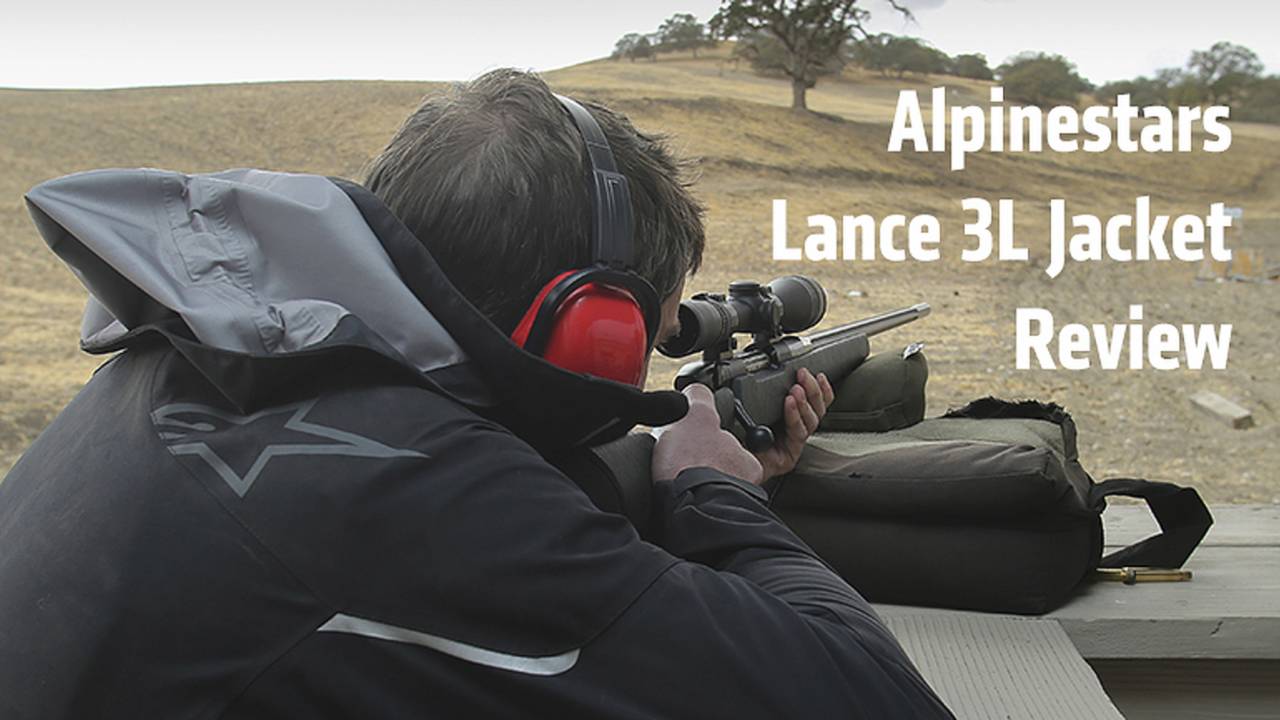 On bike, on mountain, on a bicycle, skateboard or just walking around town, the Alpinestars Lance 3L jacket will keep you safe, warm and dry. Yes, really.

An activewear hardshell you can ride in? The Alpinestars Lance 3L

looks and works like a waterproof rain jacket, but incorporates removable, CE-approved armor, making it safe to wear on a bike too.

Take one seam-sealed, waterproof hardshell and add a zip-out, synthetic puffer jacket liner. Either piece can be worn on its own, with the puffer hiding its connection zips in clever pockets, so it looks like its own piece of outerwear. Inside either piece, you can zip and button-in a mesh chassis containing Alpinestars own Bio Armor, a thin and flexible type of armor that's easier to wear than even D3O, while providing superior impact protection.

That hardshell is made from bold colors, with contrasting, waterproof zippers and flashy logos. It incorporates a large, non-removable hood; fleece-lined, generously sized handwarmer pockets and a high, stand-up collar. All the zippers park themselves in little garages, helping keep water out in inclement weather. The pockets on the upper chest conceal shock cord adjusters that wrap around the chest and center back, while the collar can be cinched down for riding with its own shock cord adjusters. The hood can be velcro'd down to keep it from flapping around while riding.

Bio Armor protectors on the elbows and shoulders are as good as it gets in a casual-style jacket, but the Lance only incorporates pockets for chest and back protection, which will need to be added separately. The Bio Armor Back Protector

is only $30, while the Bionic Chest Pads

The Alpinestars Lance 3L Jacket looks good, on bike or off.

But what about abrasion protection? The Lance incorporates what feels like an additional layer of 200-Denier nylon on its elbows, shoulder and across a generous swath of the back. Comparing it side-by-side with the Aerostich Darien Light Pants, the materials seem very similar. As with those pants, we'd trust the Lance to protect us in a get-off of up to about normal highway speeds, but it will likely sacrifice itself in doing so. We wouldn't want to trust the Lance for high-speed, sport riding or rely on it on a long adventure touring-type trip, where gear might need to stand up to multiple get-offs.

Yes, the Alpinestars Lance 3L Jacket really does work on a bike. Or even an ATV.

Stylish looks and contemporary, slim fit look great in the outdoors, on the mountain or even on city streets.

Works even better outdoors than it does on the bike; the rotated sleeves and sport-cut facilitate freedom of movement whether you're running after game, firing a rifle or tying your shoes.

While it likely won't stand up to very heavy rain — conditions we haven't tested it in — quite as well as a traditional waterproof motorcycle jacket or suit, the Lance has kept us dry in hour-long rides through light to moderate precipitation.

Relatively quiet to move around in, avoiding that dreaded "swishing" sound you get from cheaper fabrics. Won't scare wildlife.

Breathes exceptionally well, especially with the pit-zips open. You won't overheat or get sweaty while wearing just the shell.

Doesn't "blow up" while riding at higher speeds.

Hood and collar create no flapping or other disturbance, even at high speeds or with the jacket zipped partially open.

Zipped all the way up, the tall collar provides excellent weather protection for your neck and underside of your chin.

The mesh chassis attaches securely to the jacket and holds the armor firmly in place.

While you may not use them, the ability to add both back and even chest protectors can seriously boost the safety level offered by the Lance. It also means that it'd fit just fine over a separate armor rig, should you wish to wear the Lance as a shell while dual-sport riding.

Fits true-to-size. Order your regular jacket size and the jacket will look good and fit well, armor or no.

This is one instance where big, flashy logos actually contribute to a piece of clothing's good looks and street appeal.

The Alpinestars Lance 3L Jacket is available in blue, red or black.

Will sacrifice itself protecting you in a crash.

Breathing so well, the shell doesn't work as well as a dedicated motorcycle touring item for keeping out wind in cold temperatures.

Filling the large front pockets with hats, gloves or whatever makes it look like you've got a beer gut.

The coverage provided by the back protector pocket (and therefore any protector worn in it) is wide, but not long, leaving your lower back exposed.

The Alpinestars Lance 3L Jacket fits close to your body, but is flexible and easy to move in.

A uniquely versatile new concept in motorcycle gear that will rival established players in activewear on quality and functionality in the outdoors (as a hardshell alone, it's as nice as any out there), while providing genuine motorcycle safety and practicality in a package that doesn't look like a motorcycle jacket. Working better than you'd expect on bike or off, the Alpinestars Lance 3L

will add style while you're riding or safety while you're not; falling down hurts just as bad on a snowboard, bicycle or skateboard as it does on a bike.