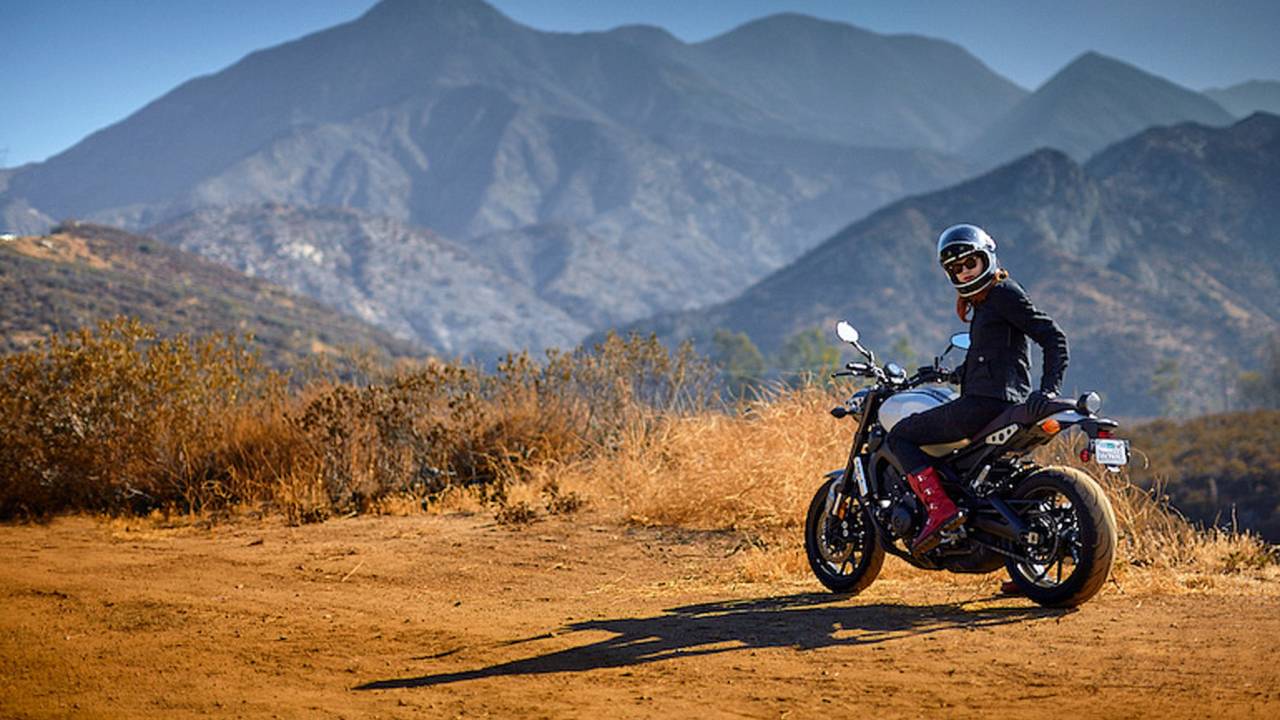 These jeans definitely look great, but how well will they function in a crash? Turns out Jessie Gentry can tell you from experience.

I’ve worn my Ugly Bros Twiggy jeans for about three years now, throwing them on any time I'm riding – I wear them commuting to work – and even when I'm not. They have even had a starring role as my only pair of pants on a long motorcycle camping.

Made in China, the jeans are priced at US $299 and are available in sizes 24 to 32. I own a pair of size 30s, which I purchased for myself. I'm normally a size 27-28, but the website recommended purchasing a size up. I did and they ended up fitting well. The Twiggy and a number of other Ugly Bros' male jeans are very similar to a jean made by French fashion house Balmain, which they call their "biker jeans." When I wore the Twiggy jeans in my previous life working at a modeling agency they were often mistaken for a $1,200 pair from Barneys.

The Twiggy jeans are definitely pants for the fashion forward but Ugly Bros also makes other styles, including the "Motorpool" (available for men and women), which looks like a skinny cargo pant Lara Croft might wear. I’ve seen women rocking the various men’s styles for whatever reason: sizing, wanting the camouflage pattern not available in women’s cuts, or wanting to have Kevlar liners in their riding pants. Take note of that last one: until recently the women's styles didn't offer Kevlar lining.

(Because women don't deserve to be safe? This seems like a real fail on the part of Ugly Bros. Glad they've rectified that. – CC)

Since a male friend’s Ugly Bros jeans had Kevlar reinforcements behind the knees and hips, I naturally assumed that the same kind of Kevlar pieces would be reinforcing the Twiggy jean. No. At the time I ordered, none of the women’s jeans had Kevlar liners. I felt like this was another moment in motorcycle clothing where a brand had made the choice of fashion over safety in women’s gear, which is not uncommon.

I later learned that a few pairs of Ugly Bros' men’s pants also didn’t have Kevlar liners. However, upon visiting the company's website, I see it now has Kevlar-lined options for both men and women – in form of an updated version of the Twiggy for women, and the Featherbed K for men.

The denim these jeans are made of is pretty strong and feels about as durable as an old pair of Levis, from back when when Levis made its jeans of tougher denim with barely any stretch. After about six washes I decided to stop washing my Twiggy jeans because they lost a lot of color with each wash. They have also gotten a bit looser over time.

Another qualm: I recommend immediately replacing the knee pads. The pants have removable pads in both the knees and hips. These are not CE-rated pads and they will rip when you attempt to remove them. I found a pair of CE-rated knee pads on eBay for about $30, which are better all around: these have perforation (less knee sweat) and are skinnier than the pads that came with the jeans. And these don't rip. Once you get your hands on a good set of knee pads you'll find you really like the advantage of being able to remove them when off the bike. Pop your kneepads out, shove them in your bag, and you’re wearing a fashion jean. Getting the hip pads in and out is a bit more of a feat, though – one that often requires finding a bathroom stall.

I was wearing my Ugly Bros Twiggy jeans when I crashed last year. A Toyota Tacoma came flying across six lanes of traffic and we ended up colliding. I cracked my lower spine and shoulder in the accident but probably could have come out of it much worse. I was wearing my Twiggy jeans with the (upgraded) knee and hip pads, my Aether Horizon jacket with padded shoulders, elbows and back, and my Stylmartin boots that come up past my shins. When the EMTs arrived at the scene it took a while to convince them I was the one who had been piloting the motorcycle – they marveled at how well the gear had performed and said my injuries would have been worse if I had not been so well protected.

My accident was impact – I didn’t slide – so the absense of Kevlar in the Twiggy wasn't a problem for me. My friend, Jim Downs (RIP), always told me that it was more important to have impact protection for the type of city riding we are doing most of the time because we are more likely to hit something or be hit by something than spend a long time sliding down the road. When that truck comes out of nowhere it’s a slam of impact that you need to be prepared for, not so much the slide out. Obviously this isn’t true when you’re at SoCal Supermoto for a track day or you’re out getting a knee down in the canyons, but like Ugly Bros say right on the inside of its pants: “We aren’t racers, we’re riders."

You’ll have to buy a whole different get-up for your track days, but you knew that already.