The Hero rider hopes to return to the Dakar in 2024.

It’s the fourth stage of the 2021 Dakar Rally. Husqvarna rider Paul Spierings approaches the aftermath of a crash. One of the riders, fellow Husqvarna team member Maurizio Gerini rises under his own power. The same can’t be said for Hero rider CS Santosh.

The two Husky riders approach, seeing no signs of blood or broken bones—but there’s no sign of a pulse or breathing either. Spierings springs into action, administering CPR on Santosh. As the emergency helicopter arrives, Spierings' 15-minute resuscitation effort pays off, with the Indian rider’s pulse faintly returning.

Once Santosh arrives at a Saudi Arabia hospital, doctors place him in an induced coma for eight days. Only when he’s transported back to Bengalaru, India, does the full extent of his injuries become apparent. He can’t sit up, stand, walk, or move his left arm. He also suffers from diplopia (double vision). Worst of all, he can’t recall participating in the 2021 Dakar Rally at all.

“I’ve broken many bones, and breaking bones is a lot of pain, which I could deal with, and I was always strong about it,” Santosh revealed. “But the fact that I hit my head in a way that changed who I was as a person, is something that, even today I’m trying to deal with.” 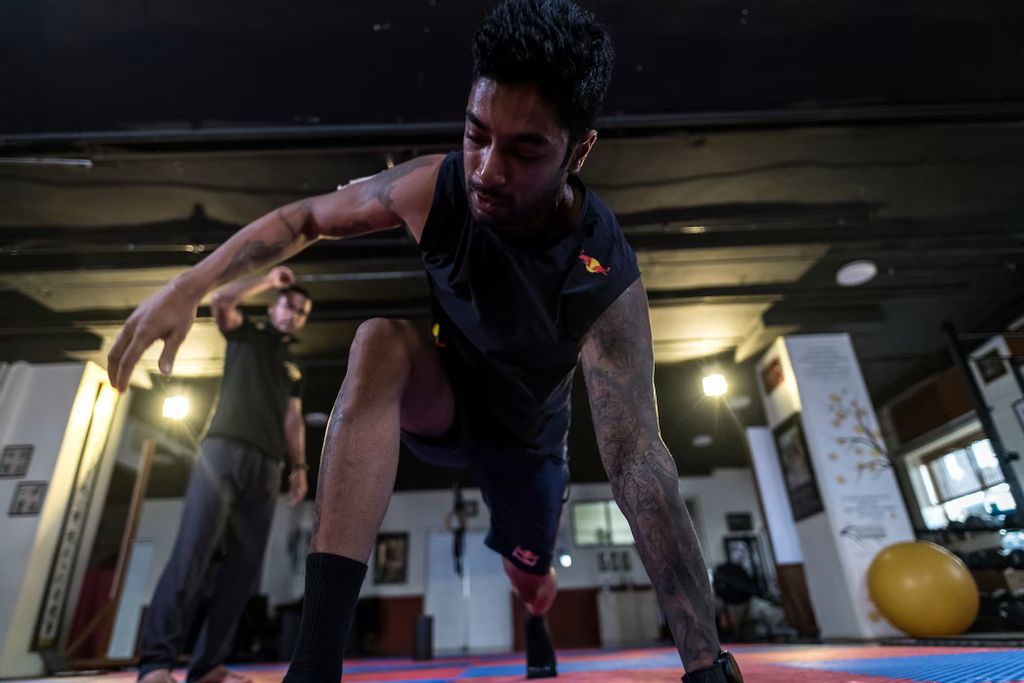 Over the next four months, Santosh remained in India, working to regain both his memories and motor skills. To further his rehabilitative progress, Santosh enlisted in a program at the Isokinetic Fitness in Bologna, Italy. The rally rider first proved his balance skills on a bicycle. He only returned to the saddle of a motorcycle eight months removed from his near-fatal crash.

Even with all the progress made over that period, Santosh couldn't help but feel lonely. Only after receiving a depression diagnosis and medication did Santosh’s sense of normalcy return.

“I felt an emptiness inside me because I felt that somebody had died,” admitted Santosh. “And that somebody was me. The biggest joy was the fact that I discovered myself again after taking anti-depression pills. It was amazing to find CS Santosh again.”

The journey is far from over, though. Santosh continues to work toward a Dakar comeback. He has his sights set on 2024, but he knows he still has to find himself along the way.

“What I'm doing is like chasing rainbows, because you think that you arrive at a certain place that’s going to mean something, and you’ll get something out of it,” added Santosh. “And I'm still chasing that.”

For the Love of Dakar:

Dakar 2023: Brabec Crashes Out On Stage 3, Sanders Wins The Day
What Weather Conditions Are Extreme Enough To Stop A Dakar Stage?