The completed project could rank as the third longest track in the country.

There’s no shortage of Spanish rounds on the MotoGP calendar. During the 2022 season, the Grand Prix series raced in the country four separate times. While that number will fall to three next season, Spain still hosts the most events in 2023. Even with that lopsided representation, the nation could gain yet another MotoGP-worthy circuit in the coming years.

Former 125cc Spanish champion (1996) and 250cc European champion (2001) David García has been hard at work on such a project since 2018. Along with his father, former race car driver Nono García, the ex-pilot wants to bring the Grand Prix to Spain’s Andalusia region.

Located less than 35 kilometers (21.7 miles) outside of the province’s capital city of Seville, the circuit has already gained the approval of the Carmona City Council, Carmona mayor Juan Ávila, and the regional administration. On Christmas Eve, the Garcías received another gift when the project earned authorization from the Ministry of Development, Articulation of the Territory and Housing of the Junta de Andalucía. 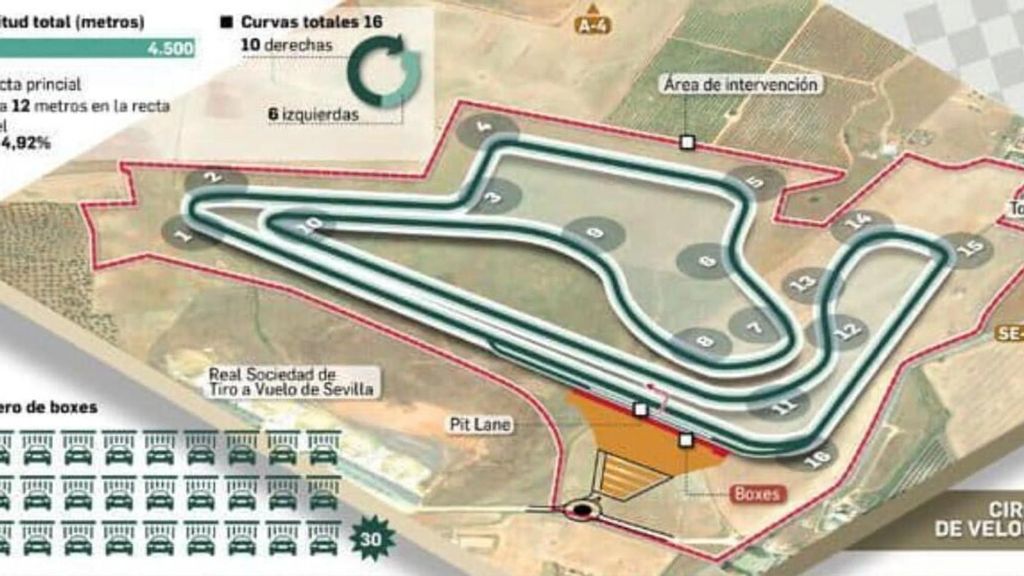 With those blessings, the team can continue developing the 4.5-kilometer (2.8-mile) circuit on the Circuito de Almería SL company’s 56-hectare (138.4-acre) plot of land. The 16-turn course (10 right, 6 left) will also benefit from its proximity to the San Pablo de Sevilla airport.

Once completed, the track would rank as the third largest in Spain behind MotorLand Aragon in Teruel and Circuit de Barcelona-Catalunya in Barcelona. The course would also feature a .77-kilometer (.5-mile) long straight.

This isn’t the Garcías’ first circuit construction rodeo either. The two previously built a track on family land and opened it to the public in 2000. The duo later expanded the facility with a second track in the following years as well. If everything goes to plan, the Garcías could add a world-class circuit to their resume and possibly an Andalusia Grand Prix to the 2024 MotoGP calendar.