Taking on Patagonia, the Himalayas, and Death Valley.

Dainese launched its Expedition Masters guided tour series in 2019. The maiden voyage sent explorers to Iceland’s handsome and hostile landscape. Hamstrung by COVID-19 health and travel restriction, the Italian gear maker limited its 2020 and 2021 Expeditions to seven-day treks through Sardinia. The series returned in earnest in 2022, though, with intrepid adventurers conquering South America’s Atacama Desert before a return trip to Iceland.

As the new year approaches, Dainese is determined to bring the Expedition Masters experience to more riders than ever before. In 2023, the brand will take on three different continents, offering challenging on- and off-road routes through Asia, South America, and North America’s toughest terrain. 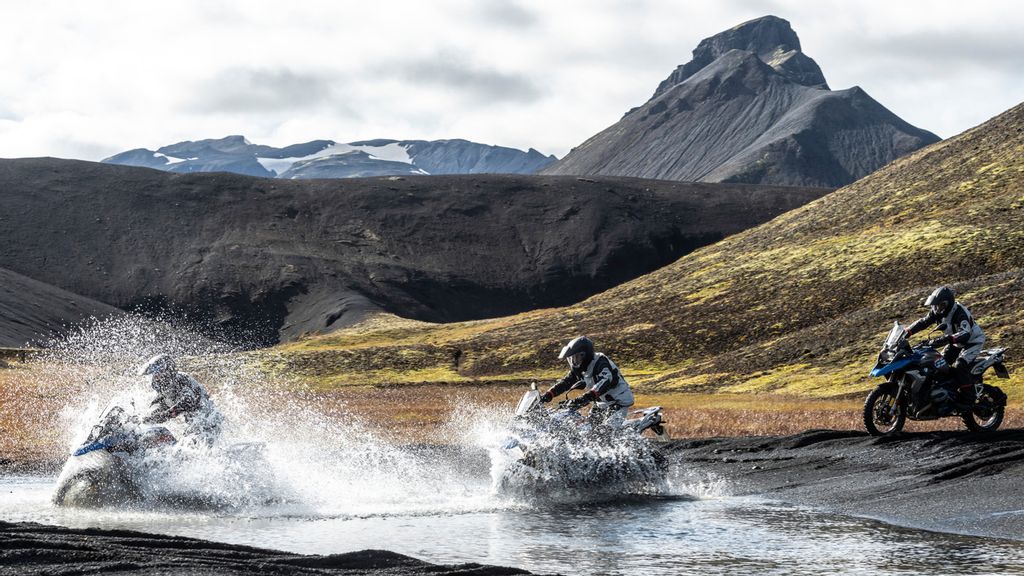 Expedition Masters embarks on its first tour in South America’s Patagonia region. The eight-day, 1,800-kilometer (1,118-mile) trip will send riders through Chile and Argentina’s prairies and deserts on March 18-25, 2023. Along the way, the group will visit Chile’s Torres del Paine National Park and the Perito Moreno Glacier in Argentia’s Los Glaciares National Park.

Once summer rolls around, Expedition Masters will set out on one of its most challenging voyages yet on June 24 through July 4, 2023. Over the course of 11 days, Dainese will lead a band of daring riders through Himalayan passes measuring up to 5,000 meters (16,404 feet) above sea level. Participants won’t just ride on roads closed during eight months of the year but will also visit ancient Buddhist monasteries. To show its respect for the region, Dainese will offer fuel-efficient Royal Enfield Himalayan 400 to riders undertaking the 1,200-kilometer (745-mile) trip.

The series will wrap up 2023 by traveling to the U.S.’s Wild West. Adventurers will wind through Arizona, Nevada, and Utah during the 11-day trek. The 1,500-mile route will send to the iconic Death Valley and Monument Valley between September 29 and October 9, 2023. Dainese’s Expedition Masters already has several notches on its belt, but the 2023 calendar proves the series is just getting started.