The flames on the side really sell it, apart from the fact that it is a limited production model.

There probably won't be a shortage of limited production Ducatis in the future, but there will definitely be a shortage for the ones that you actually want, especially the ones that are limited to just a few hundred units like this Ben Bostrom 998S.

In 2002, Ducati made only 155 units of this replica sportbike for the US market to commemorate Bostrom's AMA and World Superbike (WSBK) success.

While this bike isn't as fresh as the two-miler Bostrom replica that I covered a few articles back, it's still a rather rare find. That being said, it's got 3,800 miles on the clock, which means that the owner must have had a blast with its 998cc L-Twin engine—who could blame him with 123 horses and 72 foot-pounds of torque. The platform is also graced by Öhlins suspension and Brembo brakes all around, so it's definitely no slouch when it comes to the kit that this bike comes packaged with.

The exhaust system of the 998S is also a Termignoni system which would definitely sound intoxicating close to its 13,000 RPM redline.

Its service records show that the bike received its last job in June 2021, which included new fluids, timing belt replacements, new engine gaskets, a refreshed starter, and a battery.

The bike is numbered 11 out of 155 for the US market, and it is currently going for $14,000 USD on the Bring a Trailer auction. The price is a bit low for the time being, but that's because bidders still have a chance to snag this find. The last Ben Bostrom replica that I covered eventually sold for $39,000 USD, so it's not too far off to say that the price of this bike could eventually shoot up close to the auction end date on January 13, 2022. 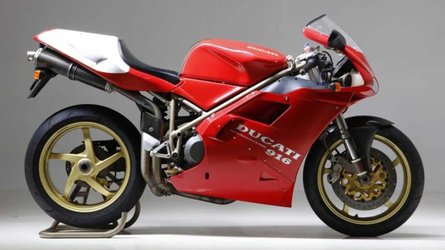 Want A Ducati 916 SPA? This One-Owner Unit May Intrigue You 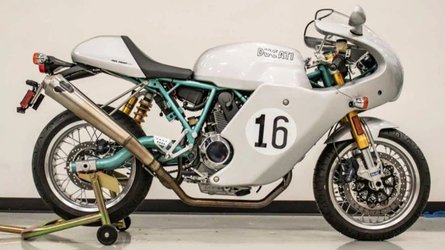