Vintage charmer from the '90s.

What do you get when you take a long-running, air-cooled, four-stroke, 249cc single-cylinder engine and stuff it inside a cream-colored bit of exquisite retro-modern bodywork? If you’re Suzuki, you get the extremely rare SW1. This diminutive retro-modern machine was only ever produced in 1992 for the Japanese market—and to make it even rarer, just 200 were made.

That’s not to say that every one of these bikes stayed at home, though. From time to time, sales listings have popped up in recent years in the U.K. and U.S., among others. While the SW1 is a rarity, it’s also worth noting that prices haven’t gone firmly into nosebleed territory so far, which is another point in its favor. This quirky machine only made about 20 horsepower when new, and it weighs about 370 pounds—but it’s got style to spare.

Interestingly, despite the SW1’s looks, it’s not a scooter. Instead, it's a belt-driven motorcycle with a slightly strange gear shift pattern. According to Bike-Urious, SW1 riders apparently shift up for neutral, then down for all five gears. That particular quirk would definitely take some getting used to, but all the extra storage gained by sticking the fuel tank under the seat likely comes in handy for the commuters this bike was created for.

That’s likely another reason the Suzuki SW1 defies easy categorization—its ample storage space is all contained within its body, not added on via panniers and top boxes. It has a frunk where most combustion bikes have fuel tanks, as well as a lockable storage cubby underneath the split saddle. Is it a more stylish take on what Honda attempted to accomplish with the Pacific Coast? Maybe, but it’s probably not fair to compare them when the SW1 had such limited production numbers.

Suzuki’s SW1 was produced for the company by industrial designer Naoki Sakai and his Water Design firm in 1992. What’s the name mean? According to the design house, the “S” unsurprisingly stands for “Suzuki,” while the “W” stands for “Water Design.” While it’s not clear how many of these rolling design exercises are still out and about in the world, visitors to the Suzuki History Museum in Shizuoka Prefecture, Japan can find an SW1 on display for their perusal if they wish. 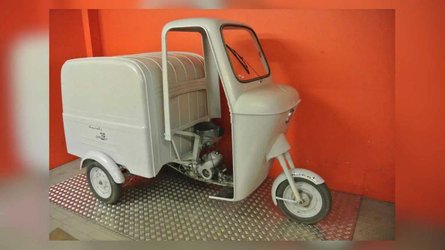 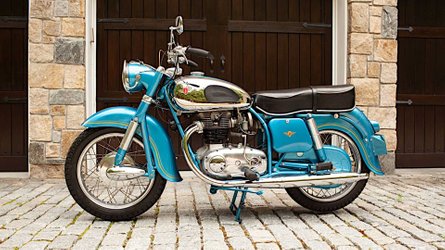 Cycleweird: The Strange Tale Of The Zundapp Citation 500