Cycleweird: The Strange Tale Of The Zundapp Citation 500

When an exclusive agreement doesn't mean what you think it means.

Remember Horex? I definitely wasn’t around for their first run. However, as with so many motorcycle marques, there’s a whole lot more to that German company than the bonkers VR6 that was the first time I saw that badge. One piece of the puzzle is this beautiful 1958 Zundapp Citation 500 that’s currently looking for a new home.

In fact, it turns out that it’s this very model that helped Horex sink itself back in the day. You see, the Zundapp Citation 500 is actually a bored-out and rebadged Horex Imperator. Back in 1955, Horex had first introduced the 400cc overhead cam parallel-twin Imperator to the world. At the time, German insurance policies were sky-high for bikes over 400cc in displacement, which is why this number was chosen.

Anyway, Horex also had an exclusive distribution agreement in the U.S. with Foreign Motorcycles Corporation. Unfortunately for both parties, while a 2021 audience might find a whole lot of retro aesthetic charm about this bike, it was a clear case of “wrong bike, wrong time” for contemporary mid-1950s crowds. The bike was chunky, clunky, and lacked the slim, streamlined looks of the British bikes of the era. Design matters, no matter where you are on the timeline—and design is always contextual.

Additionally, Americans of the time wanted what we almost always seem to want: More power. So, with that in mind, Horex decided to retool its Imperator engine for the American market, and bored it out to a new 452cc of displacement. They also put higher handlebars on it, painted it bright blue, and signed a deal with Zundapp. Then, Horex made the fateful choice that would eventually come back to destroy it.

The company arranged for distribution of the newly-rebadged Zundapp Citation 500 through an FMC competitor, Berliner Motors. When new, the bike made a claimed 39 horsepower and was capable of over 125 mph top speeds—making it a worthy competitor on paper for the 650cc Brits. Reviews of the new machine were quite favorable, but the styling still didn’t match what the 1958 American public wanted. As you can probably guess, that wasn’t even the biggest problem.

No, that dubious honor went to original distributor FMC understandably getting Big Mad that Horex somehow thought it could skirt that exclusivity agreement in such a flagrant way. Swipe through the photos on this Citation auction listing, and you’ll see tools in the toolkit that clearly have the Horex imprint on them. What were they thinking?

Naturally, FMC responded in that most American of ways, and it filed a lawsuit. Meanwhile, Berliner thought it had an agreement with Zundapp to import this bike. The whole thing, according to Zundapp restorer Zundapp Fool, got very ugly. Eventually, the court decided that neither FMC nor Berliner could import any more Horex Imperators or Zundapp Citations from Germany. Thus, fewer than 400 total Citations were issued to American owners, and Horex completely sunk under the weight of its own folly in 1960.

Now that you know the strange circumstances that brought this 1958 Zundapp Citation into the world, let’s take a look at it. It was fully refurbished under prior ownership, according to the seller, who is selling it on behalf of its current owner. That current owner acquired it in 2019. It’s both a looker and a runner, as you can see and hear in the video.

The 452cc parallel-twin engine sports a pair of Bing carburetors, and is mated to a four-speed gearbox. The odometer currently reads 16,000 miles, of which around 200 were put on by the current owner. As is often the case, total mileage is unknown.

It rolls on a pair of 18-inch wire-spoke wheels, with a Dunlop tire up front and a Pirelli in the rear. No further information is given about the model or age of either tire. It stops with drum brakes all around. Additional bonuses besides its vintage good looks include the original tool kit, brand literature, and past awards this bike has won at various shows.

Today Is A Good Day For Weird: 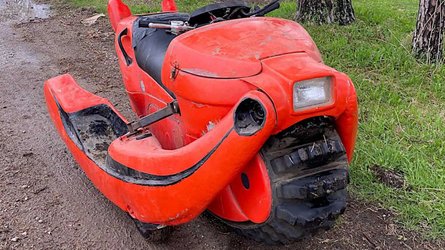 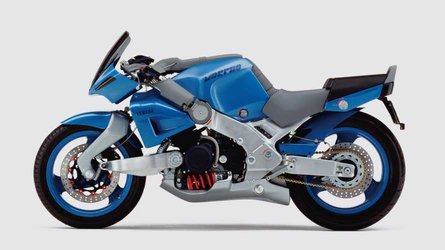