The budget-friendly ADV gets a price bump in 2022.

Yamaha’s Ténéré 700 has struck an impressive balance between price and capability since its introduction in 2019. Equipped Team Blue’s CP2 engine, long-travel suspension, a 21-inch/18-inch wire-spoke wheelset, and Pirelli Scorpion Rally STR tires, the T7 also balances off-road performance with on-road handling and comfort. The rally-inspired styling is easy on the eyes and the MSRP isn’t hard on the checkbook.

For that reason, Yamaha keeps the package intact, announcing no mechanical updates for 2022. However, the middleweight adventurer gets a minor facelift with two new liveries. Living up to the bLU cRU tag, Yamaha decks out the 2022 Ténéré 700 in a Team Yamaha Blue colorway with bold new graphics and anodized blue rims.

The all-black Raven color scheme forgoes that flamboyance for stealth. While the two liveries will appeal to a broad range of riders, Yamaha nudges the original $9,999 MSRP up to $10,299 MSRP. Without mechanical updates to justify the markup, some buyers may scoff at the $300 increase, but it’s actually well below the rate of inflation. Those still interested in hopping aboard a marginally more expensive T7 can hit Yamaha dealerships in January, 2022.

Along with the base trim, the Ténéré 700 Rally Edition returns in 2022. This year, the up-spec edition sheds the blue/black speed block livery for white bodywork and red graphics. The gold rims remain and Yamaha still includes a dedicated Rally seat, an Akrapovic exhaust, a heavy-duty skid plate, chain guard, radiator protectors, and knee grip pads.

Unfortunately, the Rally Edition won’t make it across the pond yet again. The Euro exclusive model will go for £11,000 ($14,550 USD) in the U.K. The Ténéré 700 and Rally Edition may see a modest markup in 2022, but they still strike an impressive balance between price and capability. 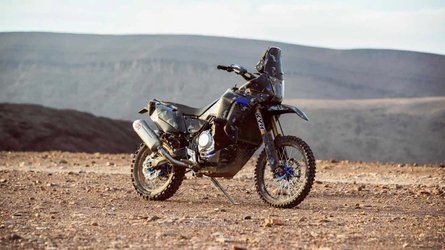 Yamaha Lifts The Veils Off The Ténéré 700 Raid Prototype
⠀ 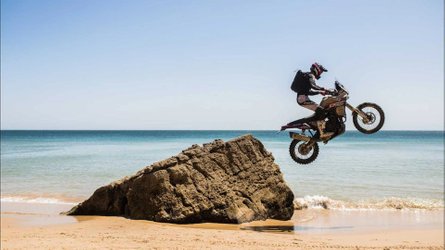