You can get a good look in person at Motorcycle Live, too.

Back in October, 2021, the revived Norton Motorcycles showed off its first new creations: the V4SV Manx and Carbon editions. Claims that the company’s first 1200cc V4 produces 185 horsepower and 125 newton-meters (or a hair over 92 pound-feet) of torque sounded promising. It certainly didn’t hurt that the V4SV is awfully easy on the eyes, either.

What would Norton’s next move be, though? The U.K.’s largest annual motorcycle show, Motorcycle Live, is back on in 2021. In fact, it’s scheduled to hit the NEC Birmingham from December 4 through 12, which is very soon since we’re writing this on December 2. Also, you’d be completely correct if you were anticipating a strong Norton presence at Motorcycle Live.

The firm officially announced that it’s bringing its prototype V4CR to show off, although we'd guess the V4SV might be on display as well. Additionally, Norton says that the V4CR is the first prototype to completely crafted—from the design all the way through the build process—at the new Norton headquarters in Solihull.

As you may already have guessed, the V4CR is a café racer version of the V4SV, and will share that same 1200cc V4 engine. If you have a soft spot in your heart for a naked bike, this may be the Norton V4 for you. The rear frame is shorter on the V4CR than on the V4SV, to make it stance decidedly more aggressive. Carbon fiber adorns the fuel tank and body panels, and the frame and swingarm are both constructed out of billet aluminum for that extra premium look and feel.

“The prototype VC4R is the next step in Norton’s strategic growth plan on its journey to becoming the world-leader in luxury hand-crafted motorcycles,” Norton CEO Dr. Robert Hentschel said in a statement.

If you’re planning to attend Motorcycle Live, you’ll be able to check out the V4CR prototype at the Norton stand for yourself. 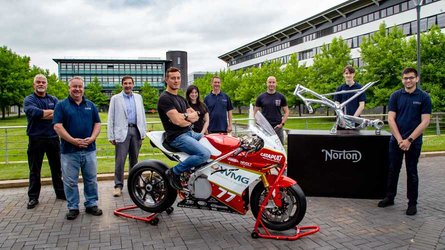 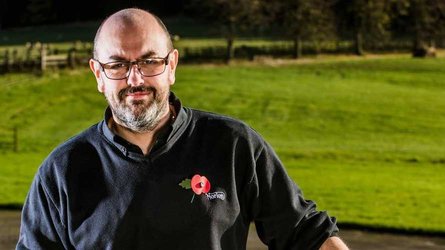