CFMoto made waves on social media when it introduced the SR-C21 concept in October, 2021. While the images produced by the brand’s European R&D facility Modena 40 were digital renders, CFMoto had no problem translating those designs to physical prototypes. At EICMA 2021, the Chinese company unveiled the SR-C21, giving the public a better glimpse of the potential sportbike platform.

CFMoto presented the track-worthy SR-C21 alongside the firm’s SR300. While the small-capacity machine tops CFMoto’s current sportbike offerings, the SR-C21 looks like a giant leap forward. From the MotoGP-inspired brake disc covers and aerodynamic winglets to its Brembo braking system and SCProject exhaust, the SR-C21 prioritizes performance. However, the company still hasn’t revealed the concept’s mill.

While CFMoto has confirmed the SR-C21 harnesses a twin-cylinder engine with a capacity no lower than 400cc, the equipment and design point to a much more potent powerplant. The concept’s tail section and single-sided swingarm clearly borrow from Ducati’s Panigale V4 playbook, while the running lights resemble Aprilia’s new RSV4 design language.

Seldom do manufacturers commit such cosmetic care to an entry-level bike, but the winglets and brake disc covers also point to the SR-C21's performance ambitions. Of course, CFMoto benefits from a development and production partnership with KTM, so we could easily see one of Team Orange’s engines in the China-built sportbike. Top candidates include the retuned 799cc LC8 parallel-twin found in CFMoto’s 800MT and the 990cc V-twin previously powering the KTMs 990 Super Duke.

Of course, KTM recently released the track-only RC 8C with an 889cc LC8c parallel-twin pumping out 128 horsepower. Until CFMoto divulges more information about its potential new flagship sportbike, all conversation around the SR-C21's engine will be speculative. However, we do know that the concept features a Chromoly steel tubular frame, which is a favorite of the Mattighofen brand. 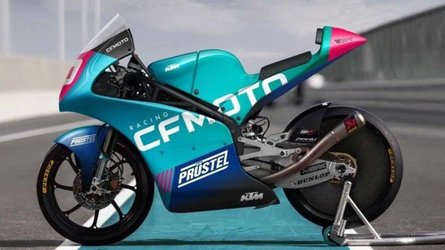 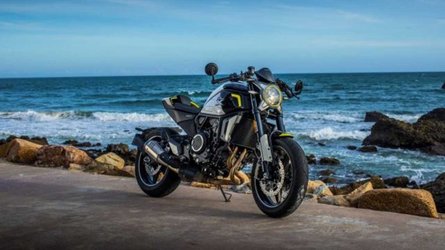