Check Out This Futuristic Harley V-Rod by Custom Culture

Look at that ostrich leather, though.

This used to be a Harley-Davidson V-Rod, but it’s been modified beyond the shadow of its former self. This is Custom Culture’s V-Rod, and it’s a stunner of a motorcycle. Equipped with some lux leather, bespoke bodywork, and even a supercharger, it’s one of the more unique builds I’ve seen.

It’s been out of production for a while now. The last Harley V-Rod rolled off the assembly line back in 2016 and had a solid run. The custom uses a more modern rendition of the cruiser, with a 1,030 cc twin-cylinder “Revolution” engine that was actually a collaborative design with Porsche.

Custom Culture’s build utilizes a supercharger that feeds even more air into the engine, as well as a block that is bored out for more displacement and power. The team also worked on strengthening the internal components of the bike, fitting forged pistons and reinforced connecting rods. The suspension system of the custom also gets a pair of Marzocchi inverted forks, Brembo brakes lifted from an MV Agusta F4, a custom CNC-machined swingarm, and an Öhlins rear mono-shock. It’s not all European componentry though, Custom Culture imported a set of Rick’s Wheels that are fitted with a set of Metzeler ME880 Marathon tires.

As for the impressive bodywork, it’s totally made out of aluminum. The headlight array is one of the more unique pieces out there, and it sort of resembles the Owl from the Watchmen series, or Wall-e’s optics to some extent. Though, don’t be fooled by the futuristic approach that the bike takes to its design because if you look closely, you will see that the seat is wrapped in some luxurious ostrich leather.

As to why the Custom Culture team carried out this project, it was done for a customer who wanted to bring about his “second youth.” The team was led by Taras Sabibin, and it looks incredible from every angle. 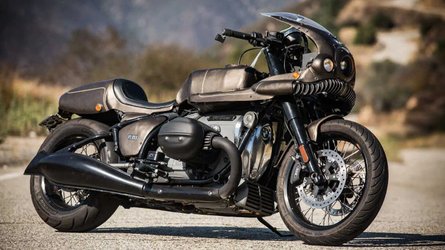 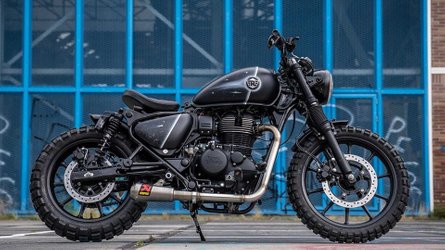