A new player will enter the arena.

On November 11, 2021 Ducati plans to show Episode Four of its World Première 2022 video series. Titled “A New Fighter in Town,” both the title and the teaser image make it clear that this time, it’s all about the Streetfighter.

In fact, the text accompanying this image from Ducati doesn’t even attempt to mask that fact. “The fourth episode of the Ducati World Première web series will feature the Ducati Streetfighter family as the main protagonist, with the presentation of the new additions to the range for 2022,” it reads.

Now, it’s worth noting that tomorrow’s unveiling will also be Ducati’s final World Première episode prior to the start of EICMA 2021. The team from Bologna has already made it clear that the Desert X won’t be unveiled until the final episode of the six-part world premiere series, but it’s only logical that it would save something extra special for EICMA. Episode Five of the World Première is scheduled to take place on November 25, which means it will happen while EICMA 2021 is underway. 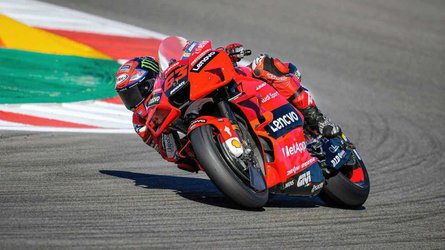 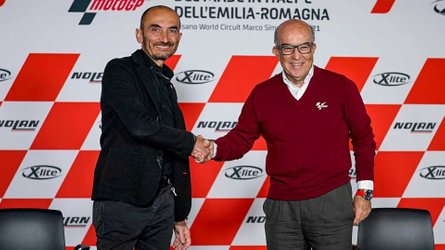 With all that in mind, what can we expect to see? Back in July, we had a small glimpse into a probable future with a look at what were then new Environmental Protection Agency (EPA) documents for upcoming models. A new filing suggested that a Ducati Streetfighter V4 SP would head to America in 2022, which of course would mean it could be expected to roll out in many other of Ducati’s international markets, as well.

For 2021, a Streetfighter V4 and V4 S were the sole choices Ducati offered within the Streetfighter family. If you preferred a full fairing and went for a Panigale, however, your choices expanded to V2, V4, V4 S, V4 SP, and V4 R variations. It’s not clear at this point if Ducati has any plans to introduce naked counterparts to each and every Panigale, but it definitely has some room to grow the range to suit rider demands.

The Panigale V4 SP features all kinds of sweet upgrades, including carbon fiber wheels, Brembo Stylema R brake calipers, and a Brembo MCS radial master cylinder. The price difference between the V4 S and V4 SP Panigale variants is nearly $8,000, but since we won’t know any details about the new Streetfighter(s) until tomorrow, it’s not yet clear what pricing will be like over on the naked side of the Ducati V4 spectrum.