Here we thought the beast couldn’t get any wilder.

I guess it’s just another day at the research and development departments of motorcycle manufacturers to slap on another string of letters that connote just how wild a model is or will be.

Asphalt and Rubber reported that KTM will be updating “The Beast” for 2022. This time, and like a Sena product, it’s going EVO, but what does it take to make an already wild-riding bike even wilder? Well, the source reports that the EVO will feature a new quick-turn throttle with about 65-degrees worth of twist. That means that you can pin it quicker than you would in the regular Super Duke. If you thought that you had to feather the standard Super Duke’s throttle, perhaps a little tickle will make the EVO fly. Also, the bike will get a semiactive suspension upgrade from WP, and the icing on the cake will be KTM’s new orange and blue livery which you may also find on the brand’s new lineup of RC models launched earlier in the year. On top of that, KTM will be offering a “Suspension Pro” optional package which will allow for individually adjustable front and rear dampers as well as an anti-dive feature. 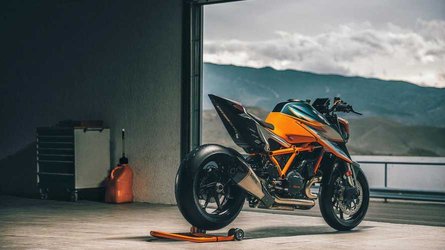 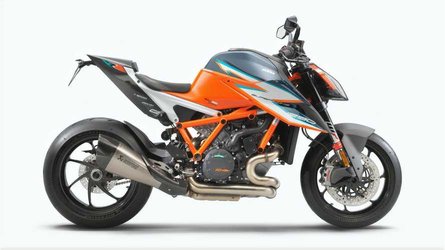 The source also reports that it will retail for $19,599 USD by January 2022 sans the extra “Suspension Pro” add-on. That’s about $900 USD more than the standard Super Duke.

If the report holds water, would-be buyers should hold out a little longer before they pull the trigger on a Super Duke as the new EVO variant could be the one to get. That’s not to say that the standard 1290 Super Duke R is obsolete, but if brand new is your cup of tea and you want the latest and greatest and don’t mind paying a little extra for a little more, it should be worth the wait.