A brilliant piece from the folks at K-Speed.

Royal Enfield has become synonymous with customization, ever since it brought its 650 Twins to the global market. Unlike other manufacturers who tend to focus on things like performance and utility, Royal Enfield has always centered on the riding experience, more specifically, the joy of being on two wheels. As such, Enfield's bikes have become a favorite among artistic folk, looking to express themselves through their two-wheelers.

Out of the box, Royal Enfield's motorcycles are among the most beautiful, retro-styled machines, especially considering their price bracket. With the retro one of the only things that remains constantly in fashion, it's understandable why Royal Enfield's bikes are so popular among people of all ages. 2021 brought about a bike which served as RE's entry-level machine; a bike for those not quite fully ready to hop aboard a higher displacement machine, or those simply looking for a small displacement cruiser for around town.

The Meteor 350 would go on to prove itself as a huge hit in multiple markets. While it hasn't quite achieved the popularity of its 650 siblings in the U.S., it has certainly opened doors to the motorcycling community in Asia and parts of Europe—regions wherein small-capacity scooters and motorbikes are the norm. Just like the rest of Enfield's model range, it boasts classic styling, therefore making it an ideal blank canvas for custom builders. The Meteor 350 certainly caught the attention of K-Speed, a Thailand-based custom shop which has breathed new life into this barebones cruiser.

Dubbed 'Diablo', this custom Royal Enfield Meteor 350 is just the right combination of stock and custom—it isn't a from-the-ground-up build per se, but rather, a build based on the stock platform incorporating some choice, bespoke modifications. For starters, it gets a new LED headlight which is a slimmer than the stock unit. K-Speed has also fitted the bike with new fork gaiters for a more rugged, flat-tracker aesthetic. The bars have been cleaned up by relocating the insturment panel to the right side of the bike. 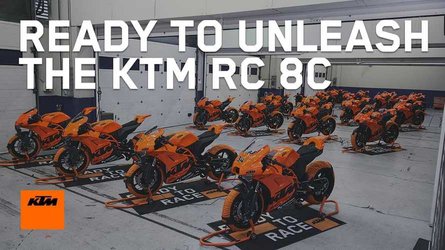 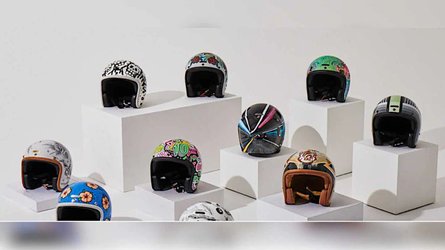 DGR Teams Up With Hedon Helmets For Decade Of Dapper Auction

Moving to the side of the machine, it gets a custom side-box cover, as well as a custom-buit full-exhaust system, which surely gives the bike's thumper a loud, ear-piercing exhaust note. Moving onto the rear, we find a cropped tail and a single seat, similar to what we find in conventional bobber setups. The twin rear shock-absorbers have been swapped out for aftermarket units, with the bike's tail lights integrated into the shock towers for an ultra-sleek aesthetic.

The striking cherry on top of this custom creation is the chrome tank which presents itself with  strong contrast against the bike's black underpinnings. We find 'Diablo' etched on the tank, too, a subtle touch that adds just a pinch more character. The chrome tank is met by a custom, leather-upholstered, single-saddle which features hand-crafted stitching.