In 2011, Casey Stoner left the Ducati MotoGP team for greener pastures at Repsol Honda. Despite not riding a Honda since his rookie season in 2006, the number 27 immediately meshed with the RC-212V, taking the opening round at Qatar. Stoner captured 9 wins that year and stood on the podium in every race he finished. It may have been his first year with Repsol Honda, but that didn’t stop Stoner from taking his second World Championship.

“Even from a distance, I am really happy to be here with you today,” said Stoner. “Ten years have passed since my victory in the world championship, but the emotions remain the same, as well as the special relationship that binds me to Nolangroup. Nolan helmets have been a reliable companion in all my races and today I thank the company for this unexpected surprise.” 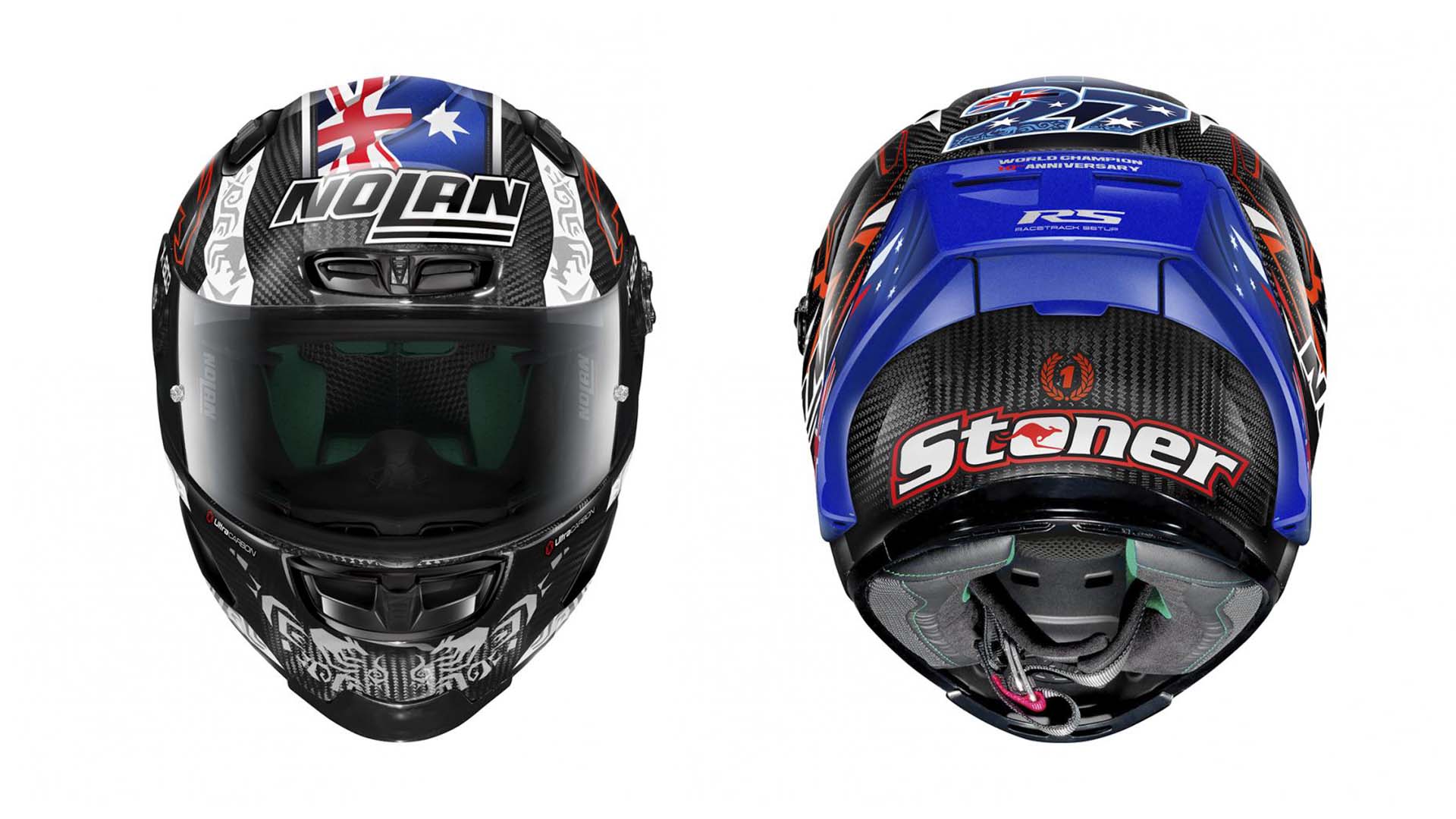 Nolan sponsored Stoner throughout his illustrious MotoGP career and continues to produce replica helmets leveraging design elements from the two-time champ’s race lids. The latest iteration isn’t a recreation of Stoner’s 2011 helmet though. Instead, Nolan draws from its back catalog with an Australian flag, kangaroo design, and aboriginal art-styled graphics adorning the helmet.

At the back, the helmet’s contrast carbon fiber weave is most evident while the World Championship 10th Anniversary text and the laurel wreath and number 1 logo commemorate Stoner’s achievement. Of course, Stoner’s signature number 27 with Australian flag background also makes the cut.

While Nolan didn’t specify the X-803 RS Ultra Carbon Casey Stoner 10th Anniversary MSRP, the standard model retails for €495.83 (≈$580 USD). As this is a race replica, we can expect a slight markup when the commemorative lid hits Nolan dealers in 2022.