Going out with your riding buddies is great, and having a drink with them can be awesome, too. Ducati Corse and Bologna-based Italian liqueur producer Amaro Montenegro want to remind us all that the two things shouldn’t mix, however. They’re two great tastes, but best enjoyed separately—and that’s why they’ve put together these three fun little ads.

They’re not preachy or full of statistics to shame or bore anyone watching. Whatever ad agency Ducati used here was pretty smart and opted for “quirky and amusing” instead. All three ads center on the unique affection a rider might have for their bike, and how they don’t want anything bad to happen to it.

After all, riders asking “But is my bike OK?” after a crash is often played off like a joke—but there’s plenty of truth mixed in, as well. You know how it goes. Humans can heal from many injuries, but bikes can’t. That’s the mindset that Ducati and Amaro Montenegro tapped into when creating this ad series.

One ad depicts a male rider worrying about what could happen with his Panigale parked outside the bar, while he’s inside drinking with his friends. It could get stolen, or someone could crash into it or tip it over. In the end, he decides it’s safer to leave it at home, since he can’t watch it while he’s out with his buddies.

The other two concentrate on the feelings of love and affection the same rider has for his Panigale. One features an exaggerated fight and “breakup,” where the rider tearfully leaves his Panigale at home so he can have a night out with the boys, without his bike tagging along. The other shows the same rider taking a bunch of photos with his beloved bike, to help him remember and maybe show it off while he’s away from it.

The nice thing about these ads, apart from the distinct lack of preachiness, is that they seem like they had input from at least one actual rider. They also don’t seem to treat viewers like we don’t know what we’re doing. Deep down, riders already know that it’s a bad idea to mix drinking and riding, and these ads playfully work to convince us to make good choices on our next nights out. 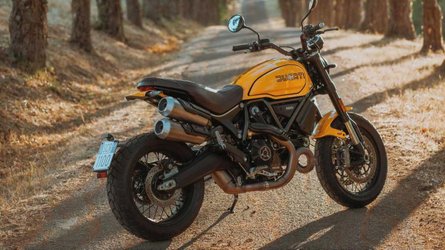 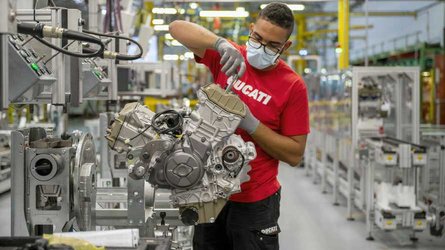 Ducati Factory Is Opening Back Up For Public Tours In October 2021
By: Janaki Jitchotvisut
++
Got a tip for us? Email: tips@rideapart.com