However, for every gain, there’s also a setback, and misogyny (conscious or unconscious) still exists in the sport. To help close the representation gap, FHO Racing will field two female riders in the HEL Performance British Junior Supersport Championship. With 16-year-old Charlotte Marcuzzo and 17-year-old Scarlett Robinson in the saddle, FHO Racing will mentor and support the two young riders in the competitive Junior class.

While Team Principal Faye Ho leads the initiative to get more women on the grid, she’s also a trailblazer herself.

“I am delighted to announce our new association with Charlotte and Scarlett for the remainder of the season,” said Ho. “It was always a huge ambition of mine to become a team owner in the Bennetts British Superbike Championship, and to make that dream a reality this season was a huge achievement for me, especially to be the only woman currently in that position.”

The opportunity won’t only put Faye in the spotlight, but it will also bolster the two young riders.

“This is massive for me and I feel that already we are getting noticed more, especially because of the color scheme,” stated Robinson. “If this can help to raise our profile more then it will hopefully also mean we can add to our existing partners, who make it possible for us to go racing.”

“This new association means that as a race-winning team in Britain’s biggest motorsport championship, we can offer advice and guidance on how to further their careers and really champion women within the sport,” Ho added.” I am hoping that this new collaboration will also bring a new interest to the project and we are welcoming any brands who would like to be associated in supporting their dream to get in contact.” 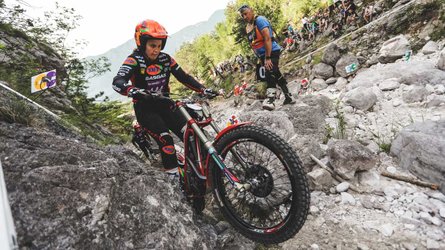 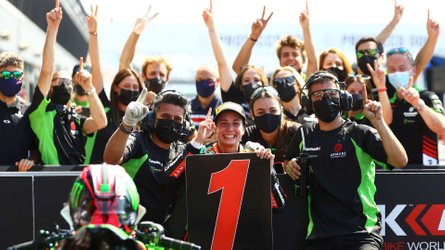