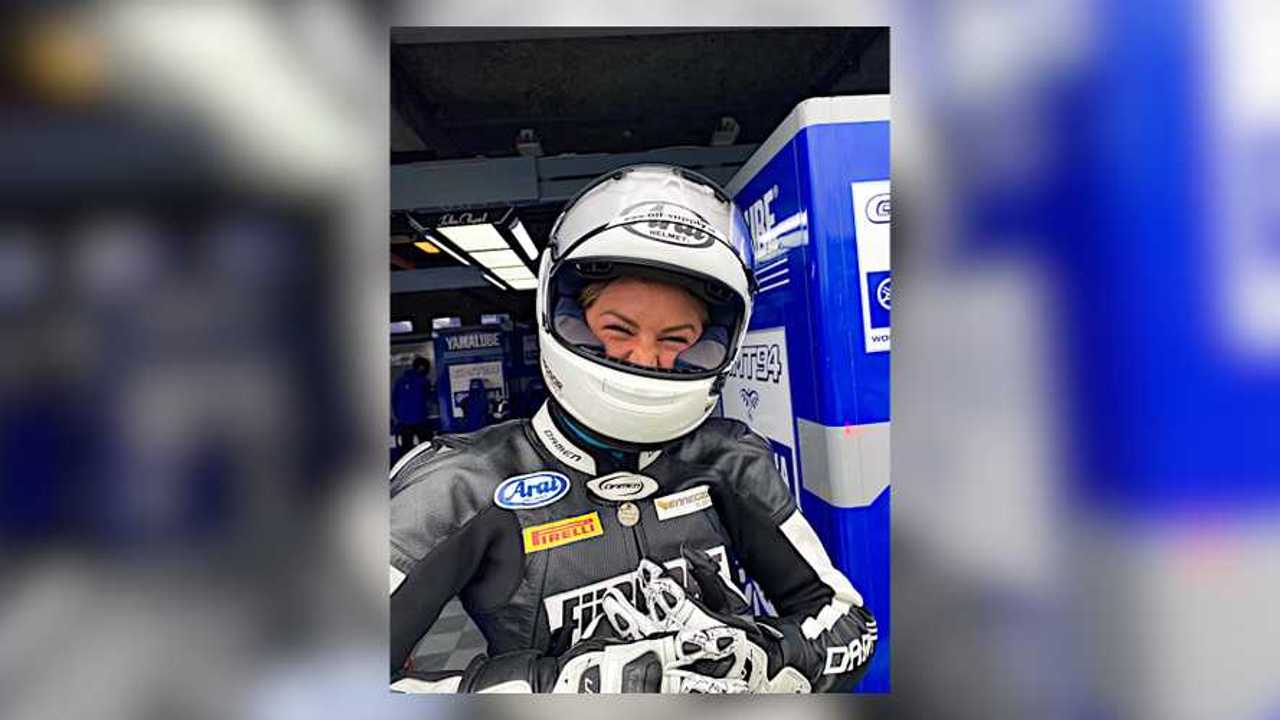 It's 2021 already, so why is misogyny in motorsport still a thing?

If you’re going to be a motorcycle racer, you have to do more than just love it. It’s not the kind of pursuit where you do it for a couple of hours a week, and then walk away to go do something else. You live and breathe it. Whether it’s training, wrenching, dealing with logistics, or finding ways to make enough money to do the thing, racing consumes your every waking moment—and probably some sleeping ones, too.

So, young Australian racer Sharni Pinfold did what many racers do when they want to compete against the best in the world. If you want to find out what you’re capable of—and more importantly, to develop your talent—you have to spend as much time as possible racing. That’s why, in 2017, Pinfold took up working for one of her sponsors. She toiled as a mechanic, wrenching on bikes when she wasn’t racing them.

Racing is expensive, and if you don’t come from family money, that means you have to work even harder to make your dream come true. That’s why Pinfold says that she sold all her stuff, bought a one-way ticket to Europe, and began working full-time there for no pay in order to further her racing career. While many racers who move to Europe have familial support, Pinfold found herself on her own.

Still, she was determined to make it work. Her dad, who had raised her, had passed away shortly before she started racing. For herself and for his memory, she kept her head down and continued pushing her career forward.

That’s why what happened next is especially heartbreaking. Now, no one gets into the racing life because it’s easy. Still, it’s 2021, so reading Sharni Pinfold Racing’s January 24 Facebook post about why she’s leaving the motorsport world inspires a lot of different emotions. She jumped into racing with both feet, like so many racers do. Unfortunately, due to how poorly she was treated as a woman in a largely male-dominated sport, she made the decision to hang up her race gear for her own personal wellbeing.

Friends and fans alike flooded her Facebook and Instagram announcements, mostly offering support and encouragement, while also expressing disappointment that this is still a problem in 2021. Fellow racers, both female and male, wished her the best while also venting their frustration. It should make everyone who loves motorsport angry, regardless of gender. The kind of behavior that drives talented racers like Pinfold out of racing is utter and complete trash.

Your talent, skills, ability to learn and grow, and ability to work well with your team are what should determine your racing life in an ideal world. Sadly, we don’t live in an ideal world. So, we have to work with the one we’re given. Sharni Pinfold spent several years trying to do just that, but she faced the added hurdles that women in motorsport find themselves facing all too frequently.

The FIM, to its credit, very quickly issued a statement offering its unconditional support of Sharni Pinfold. It also said that it is working with both Sharni Pinfold Racing and the Australian Motorcycle Federation to understand what happened, and to reiterate its policy of non-discrimination.

“The FIM does not accept any kind of discrimination towards our riders, regardless of their gender,” FIM Women in Motorcycling Commission director Nita Korhonen said in a statement.

“We are one motorcycling family, everyone is welcome. No inappropriate or disturbing comments or actions shall be tolerated. We aim at supporting all riders and enabling them to pursue their dreams and keep their motivation high. The FIM Women in Motorcycling Commission, together with the FIM and its stakeholders, continue to work hard to improve gender equality in our sport at all levels,” she concluded.

That’s all well and good, and certainly encouraging to hear. However, as Pinfold said in her response to the FIM, at the end of the day, we can’t control how others treat us. The FIM and other organizations can officially discourage and condemn it all they want, but if some jerk wants to take it upon themselves to do and say harmful things, that fact alone won’t stop them.

As long as that kind of detrimental behavior is seen as an acceptable social norm within our little niche, bullies will continue to do their thing. I’m not a racer, but you see this kind of behavior up and down our little slice of the world. Take experienced track day dudebro bullies who get their kicks by menacing newbies out on track. Then add a heaping helping of misogyny into the mix if those newbies happen to be women.

Does this sound familiar, and/or make you uncomfortable? Good. It should. Next time you see it, do something about it. It’s on each and every one of us to make motorcycling—and motorsport—a welcoming place for all who want to be part of it. Don’t just let it slide, or let someone explain it away as a sad joke.

Motorcycling should be for every single person who wants to be part of it. Sex, gender, race, sexual orientation, or any other ways we humans like to divide ourselves shouldn’t affect our shared love for bikes. Similarly, motorsports should be for anyone with the skills and dedication to make a go of it. The only way that happens is if we collectively make it happen, at all levels. It’s not just your problem, it’s not just my problem, it is ALL OF OUR problem. Let’s fix it.

Opinion: Why Harley’s Hardwire And $96M Q4 Loss Were Predictable