Back on the podium after 10 long months.

Despite two wins and two more podium appearances, Carrasco relinquished her title in 2019. She was determined to regain the crown in 2020, but fractured two vertebrae in a during testing at the Estoril Circuit in Portugal. The injury cut her 2020 season short and required five months of intensive recovery.

In February, 2021, doctors declared Carrasco fit to ride again. Five months later, the 2018 Supersport 300 ascended the rostrum again with a Race 2 win at the Misano World Circuit for the Italy Emilia-Romagna round.

“I’m so happy today because the road to here after the injury was really long,” stated Carrasco. “A lot of months without racing. And for sure the comeback is always difficult. I cannot be happier with this result.” 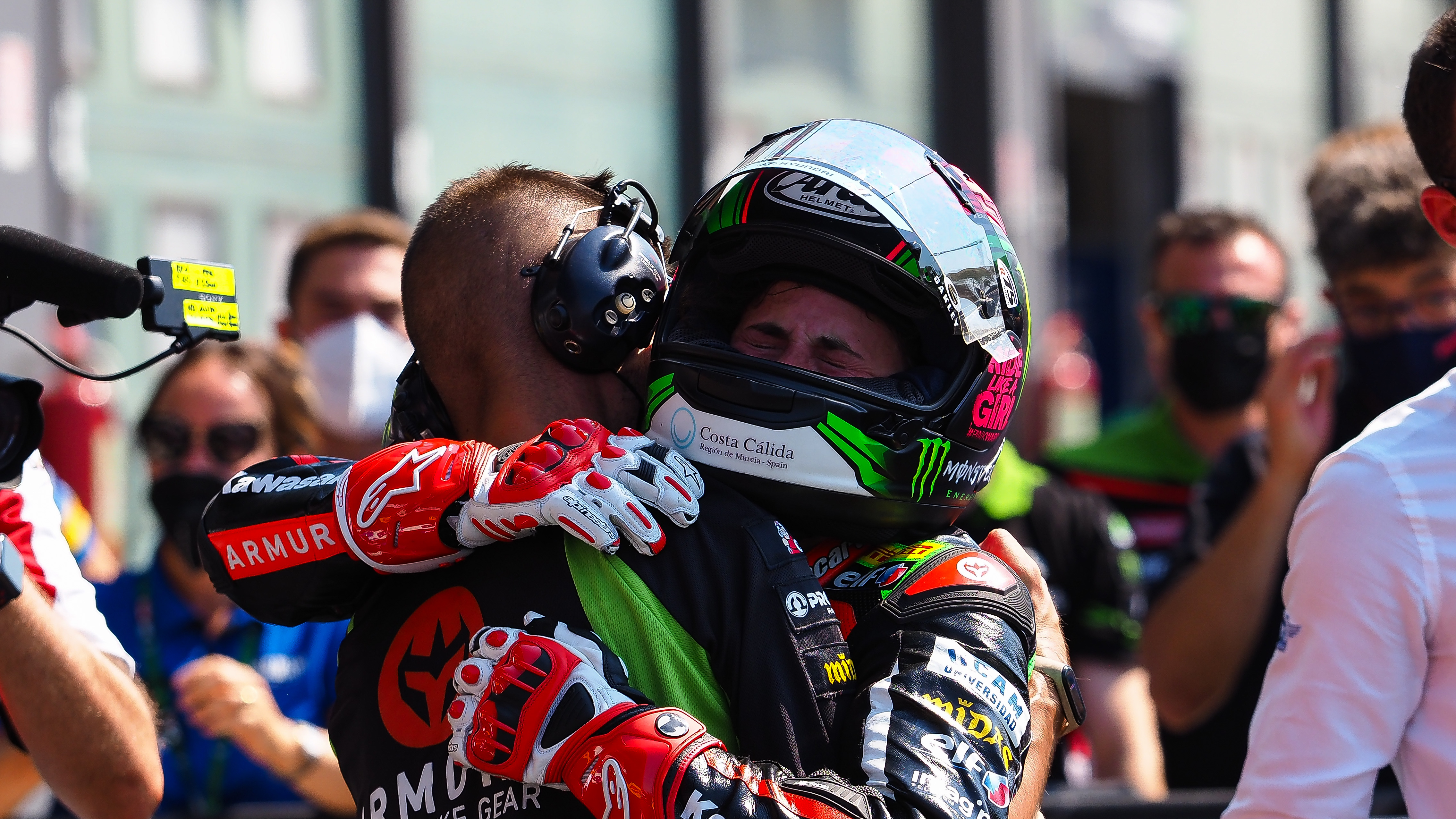 Carrasco battled it out race leader Tomas Booth-Amos going into the final lap of the 15-lap race. Pressured by Carrasco from behind, Booth-Amos lost the front end and lowsided into the gravel trap at the final corner. With Booth-Amos out of the way, the number 11 took the checkered flag, returning to the rostrum after a 10-month battle. Despite the victory, Carrasco knows that her return to form will be a season-long process.

“I have to think race by race,” added Carrasco. “For sure I’m getting better but I’m not in my best shape, so we have to keep working to keep improving every race.”

Luckily, the eight-round Supersport 300 season will give her ample opportunities to build on the Misano victory. The next Supersport 300 race will take place at the legendary Assen circuit in the Netherlands on July 24-25, 2021, and we can’t wait to see if Carrasco can continue improving throughout the season.

Inspiring The Next Generation: