Adding some Florida flair to the segment.

When most motorcyclists think of Florida, images of Daytona Bike Week and the banked turns of Daytona Speedway come to mind. Far from the bellowing Harley exhausts on Main Street, Miami-based EV Startup Expannia is working on a lineup of electric vehicles to power the future. The company’s ambitious plans forecast the rollout of a microcar, delivery van, compact car, and SUV by 2026.

Hailing from Spain, Expannia Founder and CEO Jose Luis Cobos Arteaga previously worked as an engineer for Ford, Land Rover, and Jaguar. However, the first model in Expannia’s expansive range will be an electric motorcycle. Slated for 2022, the new e-bike has a long way to go before it can ship to customers. Particularly, the firm still needs to secure funding to produce the model. Luckily, it doesn’t take much capital to produce a digital render, and Expannia recently presented its futuristic design to the public.

French media outlet Le Repaire Des Motards reports that the electric model will house a 20-25 kW motor and a 6 kWh battery that will net a 93-mile range and a 75-mph top speed. The motorcycle is expected to retail for $16,490. While the preemptive specs may help get investors on board, it’s hard to fully rely on the figures until actual hardware is presented.

For now, the design looks like it employs a non-linkage rear suspension, a conventional fork, and a chain final drive without a gearbox. Viewed from the front and rear, the digital render clearly shows faux air intakes and dual exhaust pipes. The blade-like allow wheel spokes are a statement on their own, but the front end adds some practicality with a dual-disc braking setup. The rear brakes are located on the drive side in order to showcase the rear wheel and single-sided swingarm.

While we’ve seen our share of EV startups release innovative design renders, we can’t help but remain skeptical about the chances of the Expannia electric motorcycle making it to market. From the tight deadline to the impractical design, we’ve been burned in the past and we’re keeping our expectations low until we see Expannia’s concept rendered in metal. 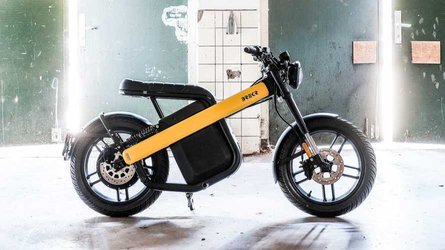 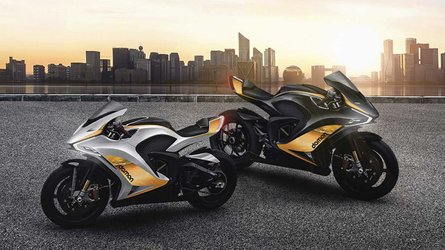