Back in February, 2021, Sabrina asked the Triumph-related question on everyone’s mind: Will the updated Tiger 1200 get a Speed Triple engine? You could definitely count us among the eager throngs hoping that would be the case, especially after Triumph started out 2021 right with the introduction of the 2021 Speed Triple 1200 RS.

While visions of dancing Speed Triple-engined Tigers danced in our heads, the House of Hinckley left us cooling our heels for quite some time before giving a little peek at what’s been happening behind the scenes. That all changed on September 1, 2021, when Triumph unveiled a trifecta of tantalizing triple-engined Tiger photos.

Triumph says this is a Tiger 1200 prototype out testing. Like the half-pint Tiger 660 prototype we covered, this one is clad in that eye-catching Triumph-branded camo that we love so much. Seriously, Triumph, please sell that as an available graphics kit. I promise you people would buy it.

Since these are merely OEM-released testing prototype photos, there are no detailed specifications yet available to share about the new Tiger 1200. However, knowing that the beating heart will be the same 1,160cc inline-triple found in the 2021 Speed Triple 1200 RS gives us a solid basis to work from.

While the Tiger’s tuning will likely be better suited to its big-cat adventure pursuits, that powerplant makes a claimed 178 horsepower, as well as 92.3 pound-feet of torque. Triumph also managed to trim over 20 pounds from the outgoing Speed Triple RS when it made the new one, so can we expect a similarly significant weight reduction for the top-line Tiger 1200, as well? After all, who doesn’t want a lighter, more agile, and more powerful adventure bike?

We don’t know for certain when Triumph plans to finally let this particular big cat off the leash and out into the world. Still, if those photos are any indication, it will likely be sooner rather than later. 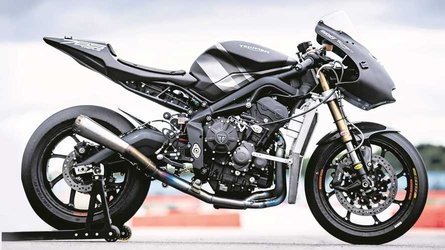 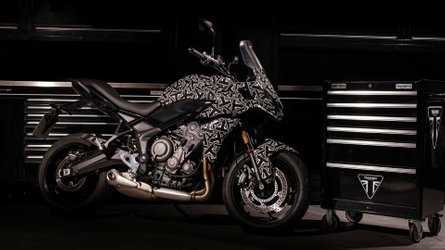 Triumph Tiger Sport 660 Spotted With No Camo In India