The Spanish rider is looking race-ready aboard the Italian stallion.

Over the course of the past couple of weeks, it’s safe to say that Maverick Viñales has gone through what could quite possibly be the most harrowing roller coaster ride of his career. Following what happened to the Spanish rider during the Styrian Grand Prix in the Red Bull Ring, he was thrown into the limelight for all the wrong reasons, and has been a hot topic of debate among racing aficionados since.

For those of you who missed out on the news, Viñales received a suspension from Yamaha following what was determined as “irregular operation” of his YZR-M1 race bike. As it would turn out, a video of his behavior onboard the machine was uploaded, and clearly showed the Spanish rider hitting the limiter a few times, and riding several seconds off race pace. Naturally, this didn’t sit well with the Japanese manufacturer, warranting a suspension for Viñales. This suspension would turn out to be permanent, with the two parties agreeing to terminate their contract with immediate effect.

Luckily for Viñales, and being as skilled and seasoned of a racer as he is, he was immediately taken in by Aprilia, with talks of his migration to the Noale company going around several weeks prior. While his debut aboard the Aprilia RS GP was initially slated for the start of the 2022 season, it seems that he will indeed be finishing the 2021 season aboard the machine. With testing ongoing in Misano, Viñales got his first taste of the Aprilia RS GP, with practice sessions slated throughout August 31 and September 1, 2021.

Commenting about his first day aboard the new bike, Viñales expressed his excitement on his Instagram page stating, “First day of testing done! Great feelings, I want more!” It isn’t certain just yet, when Viñales will debut on the RS GP, as Aprilia has stated that it isn’t rushing Viñales into a race just yet. Needless to say, things are finally beginning to look up for the Spanish rider, who has had a nightmare of a season in the past couple of races. Let’s hope he’s able to ride out this wave of positive energy until the end of the season, and into 2022. 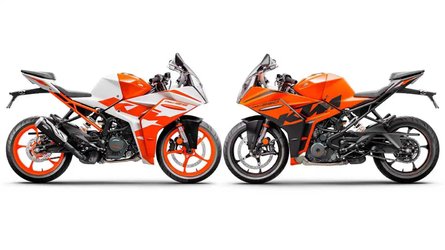 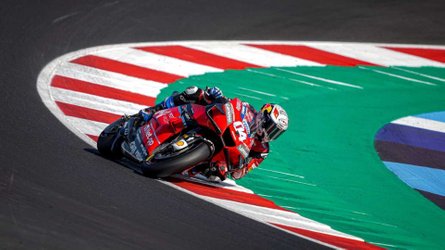