While the world has changed significantly in the past couple of years, some rather comforting things remain the same. Take Australian motocross legend Robbie Maddison. If you lead the guy to water, chances are excellent that he’s going to ride his bike on it. At the end of August, 2021, the man even set a new world record, becoming the first person to ride his motorbike from Europe to Asia and back again across water.

How’d he do it? To understand, here’s some geographical context. You may or may not be familiar with the Strait of Istanbul. Also called the Bosphorus Strait, it’s an incredibly busy shipping route, which connects the Black Sea and the Sea of Marmara.

The strait measures 32 kilometers (around 20 miles) in length, with a width ranging from 730 to 3300 meters (or 800 to 3600 yards), and a depth anywhere from 30 to 120 meters (or 100 to 395 feet). It separates the European and Asian parts of Turkey’s capital city, Istanbul. Maddison, as it happens, rode across that strait on board a specially prepared KTM.

The mission, which Maddison’s team had planned and trained for over the past year, lasted just 90 seconds each way. Maddison and his bike departed from Ortaköy on the European side, and landed in Beylerbeyi on the Asian side of the strait a minute and a half later. He rode at a speed of approximately 70 kilometers (or 44 miles) per hour. After a rest, Maddison then rode back to Ortaköy, which took an additional 90 seconds.

The team had to get everything right—which required all kinds of careful planning. Remember how we said it’s an extremely busy shipping route? According to local tourism site All About Istanbul, approximately 48,000 ships pass through that strait each year, which is three times as many as the Suez Canal and four times as many as the Panama Canal.

That meant, in order to safely perform this stunt, Maddison’s team had to temporarily close down the strait to water traffic. To say that was a bit of a big deal is an understatement. All in all, the strait was closed for a hard 15-minute window, after which point the attempt would have to be abandoned if it was unsuccessful. Luckily, though, all that preparation paid off. 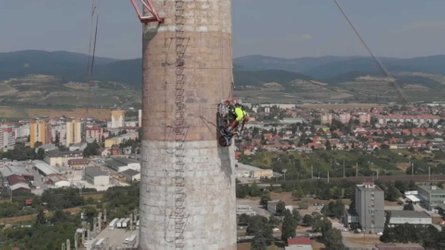 Watch this Austrian Stuntman Ride Down A Chimney On A Vespa
⠀ 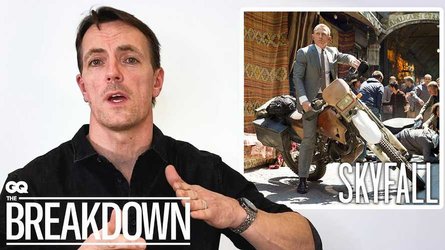 Sources: Daily Sabah, All About Istanbul