Minor changes and new graphics refine this ADV for the new year.

On August 27, 2021, Honda officially launched the 2022 CRF1100L Africa Twin and Africa Twin Adventure Sports in Europe. The changes are small, but as ever, the sense of adventure is as big as any rider wants to make it. Let’s take a look.

The 2022 CRF1100L Africa Twin now features an aluminum rear carrier as standard. Since most riders were probably going to install one anyway, that’s simply one less accessory to worry about post-purchase. Meanwhile, the 2022 CRF1100L Africa Twin Adventure Sports gets a 110mm-lower, five-stage adjustable windscreen up front that Honda says will both improve visibility and still offer decent weather protection.

In both 2022 Africa Twin variants, the DCT gets some refinement to its settings for the new year. In particular, Honda says that it tweaked the settings on the first two gears, so your standing starts and low-speed maneuvering should be noticeably smoother if you’ve ridden with previous DCT iterations.

Naturally, both 2022 Africa Twins get some bold new graphics to start off your 2022 adventures right. The Africa Twin Adventure Sports get bronze-hued accents, such as the front fork and DCT cover. These look especially striking against the new Cracked Terrain graphic, which is understated and blacked out. The small text toward the rear that reads “Adventure Sports” is written in a font reminiscent of an ‘80s digital alarm clock, and that’s not a bad thing as it’s used here.

Meanwhile, the regular 2022 Africa Twin gets a Big Logo design that isn’t on one particular colorway. Rather, it’s on all three colorways available for the year. From the pearl white, blue, and red colorway that most people probably picture in their heads when they think of an Africa Twin, to the black and red and all-black colorways, all three get this new Big Logo treatment for 2022. Honda doesn’t want to go home, so it’s going Big, and it hopes you will, too. 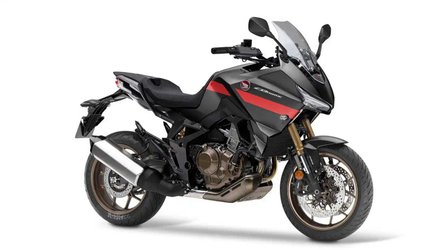 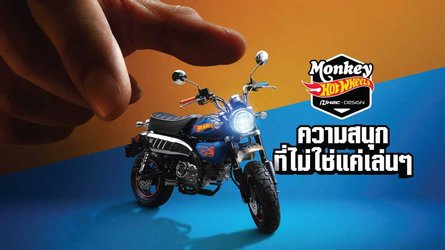