Aprilia, just like many other motorcycle manufacturers, has given some attention towards the ever growing lightweight electric mobility segment. It previously launched a stand-up electric kick scooter called the eSR1 back in 2020, and was quick to act on making it even better, given just how popular electric kick scooters have become. With that, the Noale company has pulled the covers off its new and improved electric scooter, the eSR2.

The Aprilia eSR2 brings an exciting level of performance to a conventional stand-up scooter, so much so, that some people may find it a tad scary. It's powered by a 350 W brushless electric motor which sips power off a 281 Wh battery, thereby giving it a range of 25 kilometers. The lithium-ion battery pack is removable, and can be charged separately from the scooter. Aprilia states that the eSR2 carries with it "unmistakable sporting DNA" found in its high-performance machines. Although primarily an around-town commuter, there's no denying that the eSR2 sports some head-turning graphics, just like Aprilia's racing machines in the MotoGP.

The Aprilia eSR2 electric scooter looks to be a resilient, versatile commuter, too. Aprilia has outfitted it with large, ten-inch wheels with puncture-proof, tubeless tires. A rigid and lightweight magnesium alloy frame gives the eSR2 sharp and direct handling, and a  front drum brake mated to an electronically assisted rear mechanical brake are capable of putting the scoot to a quick stop. It even gets a suspension fork for added comfort. Other amenities include front and rear LED lights for added safety and visibility for urban nighttime rides.

The eSR2 is equipped with a large 3.5-inch LED instrument panel which enables the rider to toggle between multiple riding modes, view the scooter's battery life, as well as other pertinent ride information such as speed, distance covered, and range. The scooter's striking livery was designed by the Aprilia Style Center, which draws inspiration from Aprilia's high-performance racing machines. The eSR2 is available across major retail electronic stores in Europe for 559 Euros, or the equivalent of $660 USD. 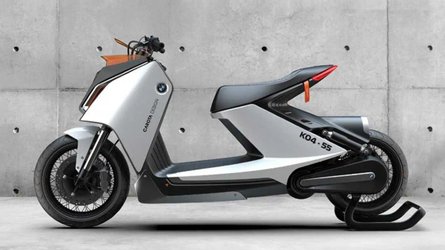 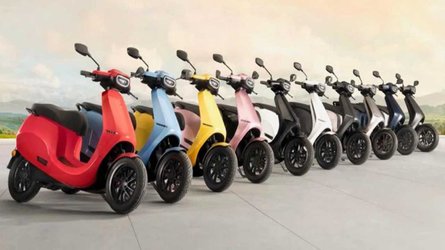 Ola S1: Performance Of A Scooter For The Price Of A Bicycle