Look cool and ride safe at the same time.

[UPDATE, August 23, 2021: A representative from Ruroc has since responded to our inquiry about Batman and Joker graphic availability on the Ruroc Atlas 3.0 helmet. According to the company, "once the Joker and Batman helmets are out of stock, no more will be made available for the time being."]

In March, 2021, British helmet maker Ruroc introduced the third iteration of its flagship Atlas helmet, fittingly called Atlas 3.0. Rather than simply stick some new paint on an old lid and call it a day, Ruroc took customer feedback into account to give riders more of what they wanted. That included better aero, enhanced noise reduction, and better ventilation.

Ruroc also added another shell size when creating the Atlas 3.0, for a more precise fit for each helmet sizes ranging from XS to XXL. The carbon-fiber shell also helps to reduce overall weight, which ranges from 1.4 to 1.6 kilograms (approximately 3.086 to 3.5 pounds), depending on size. Additionally, the Atlas 3.0 helmet carries both ECE 22:05 and DOT FMVSS218 safety ratings. It’s Pinlock-ready, and can also be fitted with Ruroc’s Shockwave Bluetooth audio communications system as an option at an additional charge.

Of course, a new lid that seemingly gives riders what they want is nice and all—but most riders want any helmet they wear to look cool, right? That’s one reason why Ruroc launched its new DC-licensed Batman and Joker graphics in August, 2021. They’re exclusively available on the Atlas 3.0, starting at $495 apiece before adding options like Bluetooth comms or any of the different visors that are available.

Of the two, the Joker graphic is unsurprisingly the most attention-grabbing design. Detailed green hair, that perpetual bold, red grin, and frenetically etched “Ha ha ha” text wrap your head in the perpetual madness of Batman’s eternal archenemy. There’s a bit of painted blood splatter on the teeth and streaming back along the sides of the chin bar, toward where the visor connects to the Atlas 3.0. Did the Joker just take a punch? Probably.

Meanwhile, the Batman lid is understated and stealthy—after all, he isn’t also called the Dark Knight for nothing. This design also allows more of the carbon fiber weave to show through, as befits both Batman and his alter ego, billionaire Bruce Wayne.

Whether you want to show off your chaotic side, or your stealth detective side, both helmets are currently listed on Ruroc’s website as of August 23, 2021. The Batman helmet shows current availability at the time of writing, while the Joker helmet is currently listed as being out of stock. We reached out to Ruroc to ask if and when they plan to restock the Joker helmet, and will update this piece if and when we hear back. 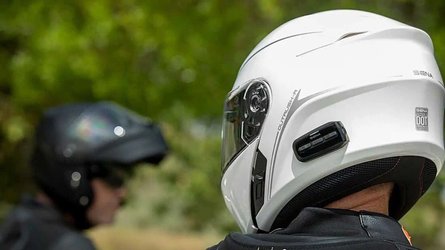 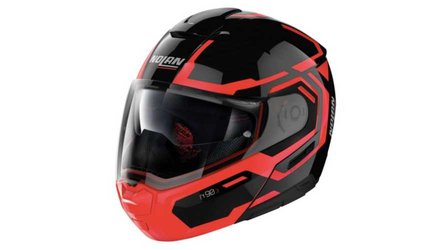