MotoGP star, Miguel Oliveira and his step-sister turned wife, Andreia Pimenta, are married and are expecting their first child soon.

The Redbull KTM GP rider announced in a string of posts dating back from July 26, until August 13, 2021, that he’s finally married and expecting kids very soon.

The pair got engaged last year, but the wedding was postponed a few months prior due to Oliveira’s racing commitments in the GP. It was only last month that the couple tied the knot, in July. Following that, Oliveira posted on August 13, 2021, that he and Pimenta were expecting a child.

The marriage post read: “This weekend we made the most important curve of our lives. We sealed our love through marriage and we want to share it with you.”

"I feel happy and lucky to share my life with my wife who is my other half. Thank you all."

Then Oliveira wrote in the pregnancy announcement post, "Our lives will carry out with a special company. A job that will last the rest of our journey. Anxious to meet you my love."

Indeed, Pimenta is Oliveira’s step-sister. Andreia is his father’s second wife’s daughter. According to sources, the couple kept things a secret for 11 years before getting engaged and finally tying the knot. The pair started off with a great friendship as they grew up together. Oliveira opened up about his relationship on Portuguese TV stating that “At some point we realised that it was more than a friendship, it is a very strong love.”

There was nothing but support for the couple. Even after some dramatic events from his corner of the globe, Maverick Viñales chimed in stating: “Congrats Miguel!!! Is the best thing you could experience in the world.” The following photos in the post showcased the phrase "bebe a bordo," which translates to "baby on board."

The couple’s first child will be expected in early 2022. Judging by the bump, it could be within the first half of next year, just about the same time that the 2022 MotoGP season will kick-off. 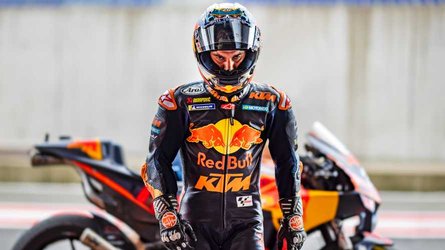 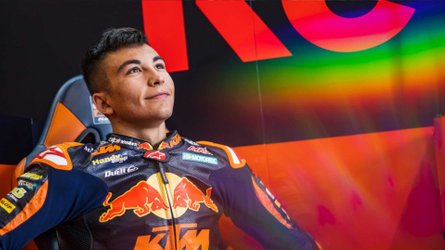