Canada first, the rest of the U.S. later.

Super Soco is a popular electric two-wheeler manufacturer headquartered in Australia. The company has established quite a strong presence across Europe, Asia, and Australia, thanks to its premium electric motorcycles and scooters boasting loads of high-end tech, and not to mention head-turning designs. Following ongoing success in these markets, the company has decided to pull the trigger on market expansion in the North American market.

The Super Soco brand has debuted in the North American market starting with Canada, with the CPx electric maxi-scooter. The CPx is a popular electric scooter across the world, and is lauded for its styling, practicality, and technology. As is the case with all electric two-wheelers, however, the CPx is more attune to the urban setting, as it returns around 93 miles of range. As such, it may be a good idea to take the “maxi-scooter” label with a grain of salt. Nonetheless, the CPx is extremely popular and, according to popular news publication NewsWire, is even rated in the top five electric maxi-scooters in the world.

The Super Soco CPx delivers similar performance as that of a 125cc gasoline-powered scooter. It makes use of a hub motor mounted to a single-sided swingarm. This makes rear wheel service such as tire changes and general cleaning a lot easier. The electric motor is capable of churning out a peak power output of 4.8kW or around 5.4 horsepower, thus propelling the CPx to a top speed of 56 miles per hour. The CPx is available in two battery options with the single battery option sporting a 2.7 kWh battery, and the dual option doubling its capacity at 5.4 kWh, capable of returning an impressive range of 150 kilometers, or 93 miles. 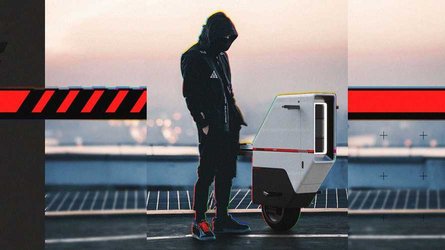 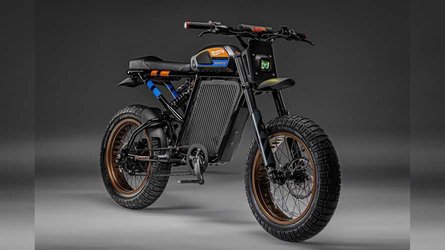