Yamaha Is Developing A High-Tech Sound Generator For Future EVs

Yamaha is putting its years of musical instrument experience to use in its EV-centric technology.

Let’s face it, a good number of us ride the bikes we ride for one simple reason: we love the way they sound. This isn’t really surprising, as sound has long been a part of being a motorcycle enthusiast. In fact, sound is oftentimes a major consideration when buying a new motorcycle. On top of this, a whole industry—the aftermarket exhaust industry—exists, in large part, to please the ears of motorcycle lovers all over the world.

With the advent of electric motorcycles well and truly upon us, and the days of the beloved internal combustion engine numbered, studies have shown that a good number of motorcyclists will permanently hang up their leathers should the ICE go the way of the dinosaurs. Unsurprisingly, a lot of soul and character is realized by the sound and vibrations brought about by the various configurations of internal combustion engines. The notion that all this soul will be taken away and replaced by the futuristic hum of an electric motor whirring away is just too much to handle for some individuals.

Imagine this scooter with the exhaust note of the Yamaha YZF-R1.

Having said that, Yamaha is currently developing a nifty piece of technology which aims to add a sense of familiarity to electric two-wheelers of tomorrow. As we’re all well aware, Yamaha is equally known for its musical instruments as it is for its motorbikes. What better way, then, to revolutionize the future of electric motorcycles than by making them sound good? With this, Yamaha Motor Co. has joined hands with Yamaha Corp. to craft a range of soundscapes to replicate the sounds of an internal combustion engine for use on EVs.

It would appear that Yamaha is taking this all pretty seriously, as the company has formed a division specifically for the project. The sound engineers at the division, called Alive, all agree that sound is a crucial element of the driving experience. Not only is it an engaging, enjoyable aspect of the ride, but it also gives the driver a sense of speed—enhancing their ability to control the machine. Hideo Fujita, one of the brilliant minds behind the project, states that the soundscapes will be capable of producing sounds well beyond the realm of familiar engine sounds. “Even one that sounds like Star Wars is possible,” he said. 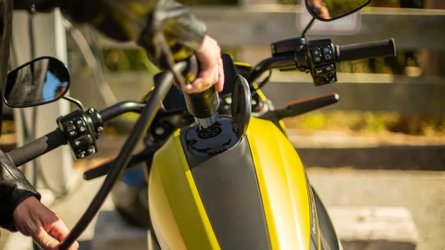 Is It Okay To Unplug Another Electric Vehicle To Charge Your Own? 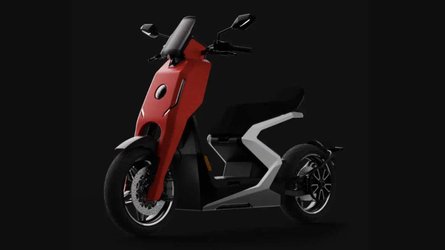 The Zapp i300 Electric Scooter Charges Into Germany

Now, whether or not you want your future electric motorcycle to sound like Chewbacca every time you hit the accelerator is entirely up to you. However, I’m not exactly sure if an artificially generated sound will even come close to the same guttural feeling conjured up by a well-engineered internal combustion engine. I guess only time will tell what the future of electric motorcycles holds.