Do you like fun? Well, if you subscribe to the theory that riding a small bike fast is infinitely more fun than riding a fast bike slow, then you’re probably going to love this video. The guys at YouTube channel CarsAndCameras have special places in their hearts for all things mini, as evidenced in their 400-mile road trip on Honda Trail 70s.

Both their spines and their butts appear to have recovered nicely from that trip, because they’ve made several videos since then. Go-karts, quads, you name it, they’ll build it and share. However, this is RideApart and we don’t truck with any of those other things. Since that’s the case, we’re going to talk about this Honda 919 build they just did. At least, it started as a Honda 919. By the time CAC got through with it, they’d turned it into a Honda 212.

Watching people do insane builds where they wring absolutely every last possible bit of power out of a given vehicle is so 2019, folks. For this build, as CAC summarized it, “We managed to fit six-and-a-half horsepower where 120 used to be!” 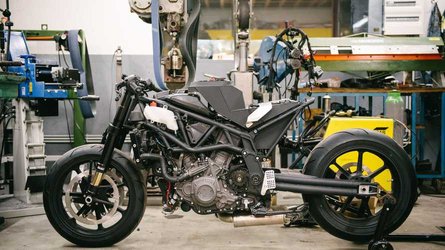 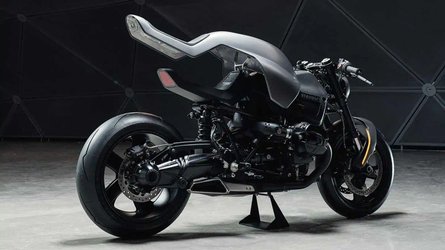 What sorcery is this? It’s a handy, dandy Predator 212 pull-start lawnmower special, available straight off the shelf at your local Harbor Freight. As CAC noted, it’s probably about $150 in July, 2021. They remember when it used to be $99, not so long ago, and before any of those coupons HF constantly sends out.

Now, CAC didn’t specify what happened to the old engine. Are they saving it for another project? Did they grab this 919 from a salvage yard, with the engine too damaged to use? Did it even come with an engine when they bought it? You can’t live in the past, man—212 is the present and the future.

Of course, to fit that bad boy into this frame, some modifications were in order. For a start, the engine cradle needed a bit of rejiggering so it held up that diminutive little mill just right. They also needed to get all that new power to the rear wheel effectively, so a jackshaft installation was also in the cards.

What do you think their insurance company is going to say when they go to get this build on the road? The CAC guys are hoping to ride it to their next bike meet, which hopefully they’ll share in a later video on the channel.