The motorcycle gear market is rife with new impact and abrasion-resistant materials. From Cordura and Armalith to Gore-Tex and good old-fashioned leather, gear manufacturers equip their jackets, trousers, gloves, and boots with an assortment of protective materials. Whether riders prefer single-layer construction or Kevlar lining, engineers are always trying to develop lighter and more resilient materials.

Most recently, MIT, Caltech, and ETH Zürich published a study on carbon-based “nanoarchitected” materials that could protect better yet weigh less than both and steel. Using nanoscale structures, the group engineered an ultralight fabric from the ground up. This allowed researchers to arrange the nanometer-scale carbon struts in the most structurally sound construction, resulting in a lighter, stronger, and more efficient material. 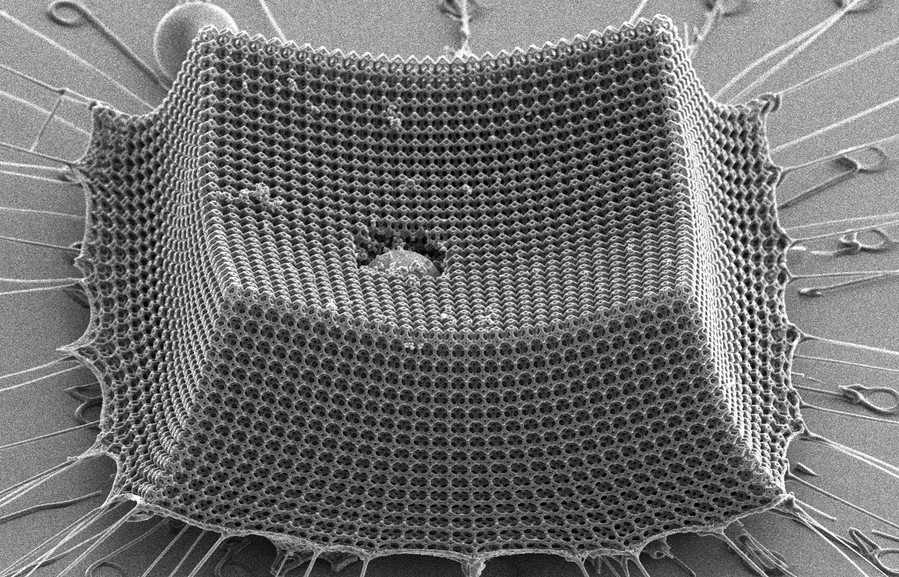 To test the material’s response to high-velocity impacts, the researchers performed laser-induced particle collision tests. Portela and team shot an ultrafast laser through a gold-coated glass slide. The laser generates a rapid expansion of gas (plasma) when it passes through the glass, hurling the microparticles at the nanoarchitected material at supersonic speeds.

Despite being thinner than the width of a human hair, the material held up to the microparticle impact tests. The particles embedded in the nanoarchitected material but never pierced it. The blasts were also localized, with the surrounding areas experiencing no damage from nearby impact zones.

While the team aims to develop armor, blast shields, or protective finishes with the technology, a fabric with high impact protection and abrasion resistance would certainly benefit motorcycle gear too. Similar to Kevlar composing bulletproof vests and motorcycle , the researcher’s developments could eventually trickle down to the protective gear market.

Airbag Jeans For Motorcycle Riders Under Development In Sweden