Bajaj Could Soon Be Developing A New Electric Motorcycle

The Indian automaker has trademarked the "Freerider" name.

Indian automotive and motorcycle giant Bajaj has recently filed a trademark for what could be its own iteration of the Husqvarna E-Pilen, an electric motorcycle it is helping co-develop with Husqvarna. Dubbed the "Freerider", this new electric motorcycle will certainly serve as a breath of fresh air in the rapidly growing electric two-wheeler segment in Asia, which continues to be dominated by electric scooters.

The Bajaj Freerider could in fact be the first electric motorcycle to be launched by a mainstream motorcycle manufacturer in India. It's more than likely, however, that the Freerider will be built on the same platform as the Husqvarna E-Pilen, and share quite a lot of componentry with the European electric motorcycle. After all, Bajaj plays a large role in the development of the E-Pilen, as well as a lot of other bikes from Husqvarna and KTM. As far as the Husqvarna E-Pilen is concerned, production is expected to start towards the tail end of 2021, with the official launch of the E-Pilen on the global stage slated either at the end of 2021 or early 2022.

The Bajaj Freerider will likely be based on the Husqvarna E-Pilen.

As we're already well aware, the Husky E-Pilen is likewise based on the Vitpilen and Svartpilen street bikes, which share the same chassis as KTM's Duke range of bikes. That said, we can expect the Bajaj Freerider to carry over some of that nimble and agile riding character for which the Husky and KTM street bikes are so loved. Now, diving into the meat and potatoes, the Bajaj Freerider is expected to share the same electric powertrain as the Husqvarna E-Pilen. This means that it'll likely be equipped with an 8kW electric motor which pumps out the equivalent of around 11 horsepower—just a bit less than that of 125cc gas-powered machines.

The electric motor will be juiced up by a lithium-ion battery pack which is expected to return around 100 kilometers, or 62 miles of range on a single charge. It's also interesting to note that KTM and Husqvarna have been working on the development of swappable batteries for their electric vehicles. With that, it won't be surprising if the Bajaj Freerider will feature the same type of swappable battery technology.

At the moment, the Bajaj Freerider has yet to be officially announced by the Indian manufacturer. Other than recent trademark filings, we have yet to see any teasers from Bajaj. However, given the fact that the company already has a solid electric motorcycle platform in the form of the upcoming E-Pilen, don't be surprised if the Bajaj Freerider will make its debut a lot sooner than expected. After all, there are some pretty juicy incentives for manufacturers to roll out electric two-wheelers, particularly in the Indian market. 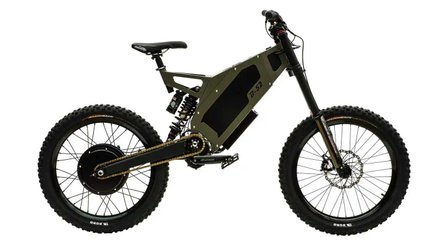 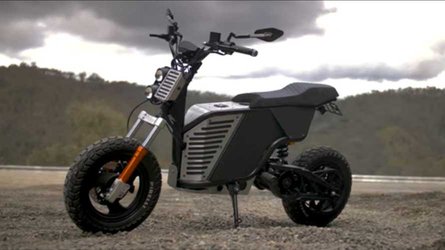